Trine 3: The Artifacts of Power Review

Stunning environments hindered by movement imprecision and a half-finished story

So far the Trine series has been a delightful combination of great platforming, fun puzzles and exquisite art design. The first two games in the series were built as 2.5D platformers, which just means two-dimensional movement in a three-dimensional world. Both games used this setup effectively, offering precise navigation through astounding fantasy backdrops. The developers at Frozenbyte have now decided to bring full 3D movement to the franchise for the first time. It’s a gamble that is not without merit, but one that ultimately proves harmful. Trine 3 uses the third dimension to produce some of the best game spaces in the series, but it loses some magic along the way. 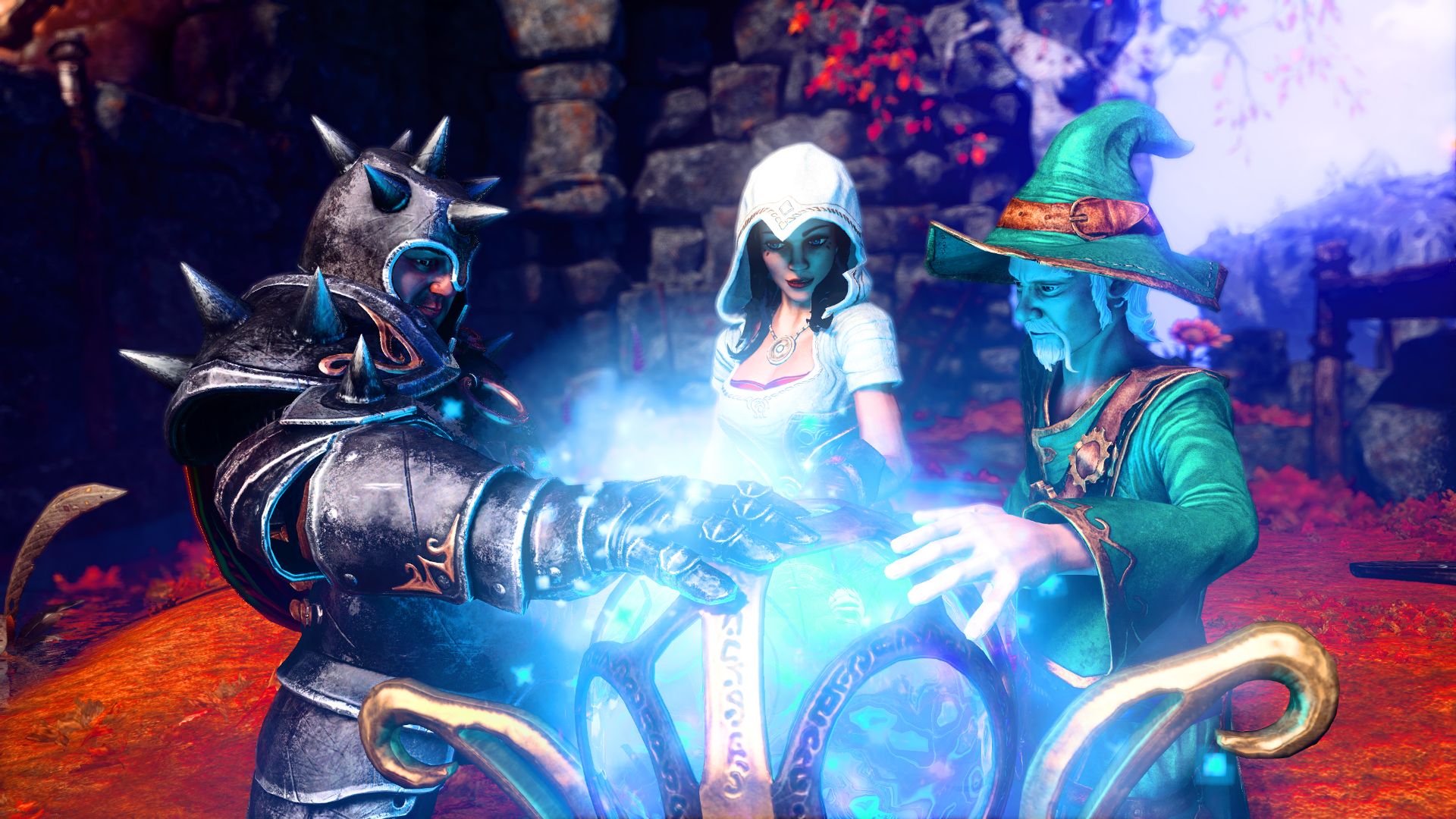 Pontius, Zoya and Amadeus with the Trine device

Once again our three heroes are called together by the magical Trine device. Pontius the Knight, Amadeus the Wizard and Zoya the Thief are introduced just before the Trine whisks them off on another adventure. This gives returning players the chance to reacquaint themselves with the controls and new players the opportunity to learn the basics. After completing their Trine-related quest, which involved killing a massive junk monster, the trio attempt to free themselves from the beck and call of the powerful device. Unfortunately it breaks apart and releases an individual of questionable moral integrity. They must find the Trine shards and re-imprison this evil character. At least that is how the story is supposed to go, but it actually never finishes. After collecting the first of three shards, the game abruptly rolls credits; just thirty minutes after Pontius proclaimed “the quest for shards has begun.” The reason behind this unfinished state was provided by the developers on the Steam forums; they ran out of money. Implementing full 3D movement was more expensive than they anticipated, and so the story ends prematurely. This leaves gamers stuck in the middle of an adventure, waiting for an ending that may never come.

So the story is unfinished, but the adventure is well presented on a 3D map that connects the playable areas. This map is like a board game and you move the heroes around to start each level. Areas are unlocked once you collect a number of ‘trineangles’ (floating orange pyramids) found throughout each level. There are seven main levels, which will take around 30 minutes to complete, and about a dozen side areas. Some side areas might have Pontius charging through foes in a battle arena, but most are short exploration chambers that only use one hero; these are the most challenging because you only have one life and there are no save points. The main levels use all three heroes and are easy because save points are frequent, health regenerates and dead heroes float to the nearest ledge for reviving. Being able to quickly travel to checkpoints within main levels makes it simple to scoop up any remaining trineangles. Finishing every level and finding all the trineangles might only take six hours. 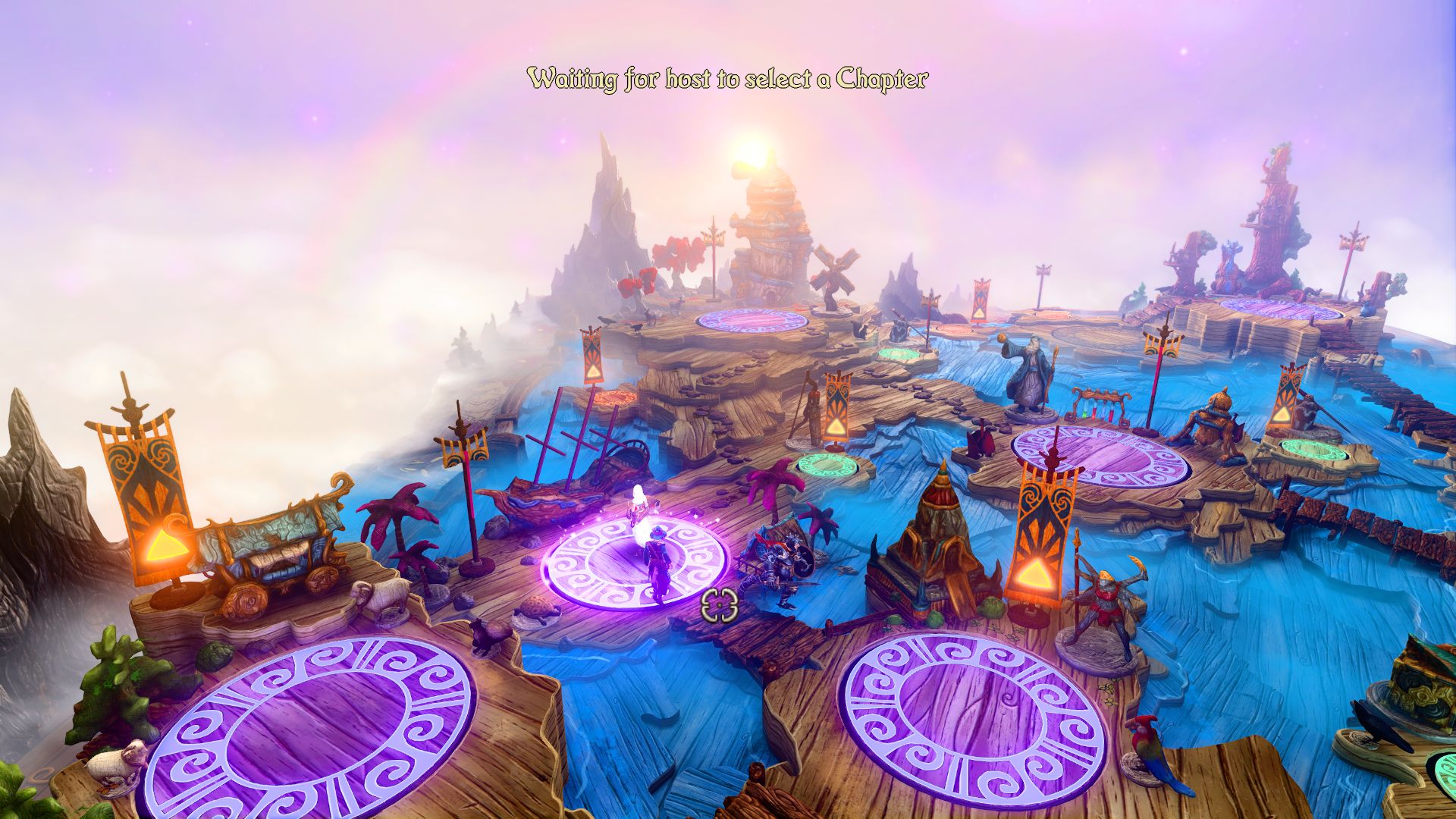 The 3D map is used to access all the levels

The big change in this third game is the introduction of full 3D movement within levels. Players can now move into the background whenever they please. This allows for some great transitions, such as when the group enter the Astral Academy or when Pontius floats across a chasm using his shield as a glider. It is also fun to venture into places that were merely backdrops in the previous games. Surprisingly there are not many invisible walls to dampen exploration, although this can lead to getting trapped behind a rocky outcrop and plummeting to your death. Although the camera maintains the traditional side-view most of the time, it shifts focus automatically when navigating the third dimension. This is not always perfect and since the camera distance changes, it can make for some inaccurate combat and platforming. Trying to pinpoint depth on the screen is hard; which can mean missing a ledge that you would have reached with your eyes closed in the previous games.

Minor changes to the gameplay come with this extra dimension. Zoya can now tie her rope-arrows to special rings found around the environment, and this produces a tether to hold objects in place. Amadeus can levitate objects into the background, which might allow the destruction of an unstable wall to reveal a secret room. All heroes now grab ledges, which makes the platforming more fluent in some cases. Our heroes are also pushed to explore the extra dimension, so they can later avoid flaming boulders or collect those obscure trineangles. The third dimension plays an important role, but the sequel retains the core design of the series.

It also maintains a similar proportion of platforming, puzzles, and combat. Moving through levels is brisk; you never spend much time in the one area. Most of the puzzles are easy and many adopt a traditional 2D structure to make them more straightforward. Combat is fairly basic and infrequent, with robotic enemies that sound like the Daleks from Doctor Who and other Groot-like woodland monsters. Typically all you need to do is switch to Pontius and charge into enemies before attacking ruthlessly. If the camera is particularly far away then battles will be clumsy but never hard. Trying to drop boxes on enemies as Amadeus is tedious when you cannot see the guiding shadow. Zoya can user her bow to attack from range, but hitting targets in the 3D space is never that fun. 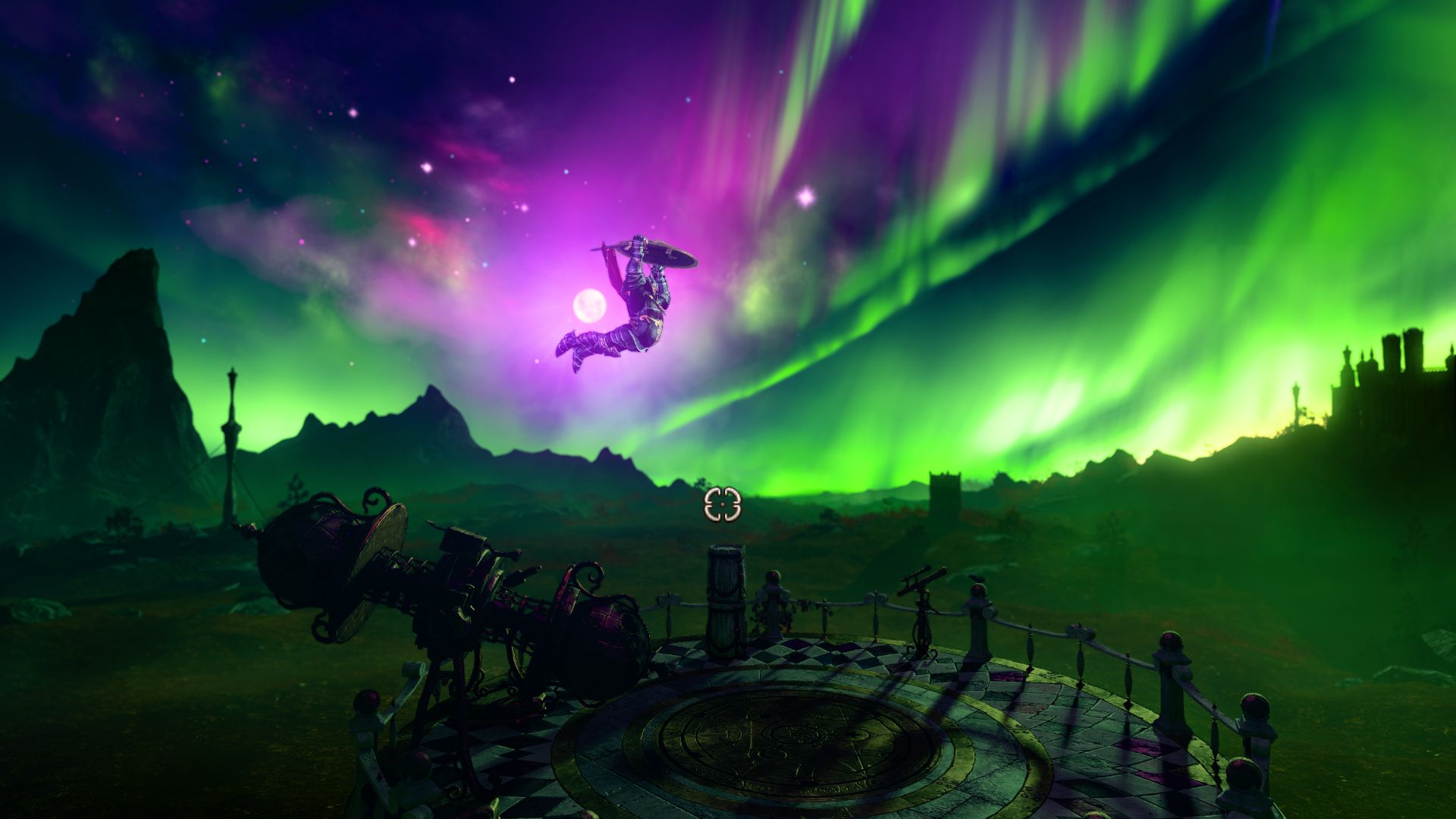 Unfortunately the three heroes have fewer abilities which also makes them less appealing. There is no progression system, so the basic skills you start with remain until the game ends. Zoya has no frost or fire arrows. Pontius has no hammer. Even Amadeus cannot create a plank anymore. His magic is limited to creating a single box that disappears if you conjure another. You cannot draw boxes in the air either and while this is a minor superficial change, it results in some loss of character. The trio perform the same roles as before, but they are not as well-equipped and therefore the components within each level are simpler.

The visuals of each level are certainly up to the high standard set by the series. It uses color with impeccable precision; the landscapes are vibrant and the palette range is exceptional. The game takes you beside cliffs, across shorelines and along the treetops of an ice-covered forest. You will see Aurora lights stretch into the night sky and glowing lava illuminate an underground cave. There is even a level that has you navigating the pages of a book. The subtle details in the environments, like brooms cleaning the floor or butterflies floating in the foreground, are glorious. Even with the extra dimension, it maintains the beautiful and consistent visuals of the series.

Multiplayer is amusing, although not always for the right reasons. Three players traverse the same levels from the single player. You can play classic mode, which has only one of each hero, or unlimited mode where every player can play any hero. Classic is best, but unlimited is quicker. For navigation there is minimal reliance on other players, mainly because side areas only involve one hero. Even for the main levels, you could get through most with only occasional help from the wizard. You will need all players to complete areas, so this encourages sticking together. The multiplayer also provides some comedic relief, thanks to physics bugs and network problems. Players sometimes glide and warp all over the place, falling to their deaths to much hilarity. Bridges have a mind of their own and bounce up and down as you try to cross them. Physical objects create mayhem when other players and monsters are involved. These problems rarely cause a delay, so they just add to the enjoyment. While it is unintentionally humorous and easy to play, the multiplayer might only provide a few additional hours of entertainment.

The treetops in the Redwood Forest are beautiful

There is no doubt that Trine 3 is somewhat disappointing given the pedigree of the series. The decision to implement full 3D has brought better environments at the cost of just about everything else. This is still a fun and easy to play adventure, but one that does not match the quality or intricacy of its predecessors. It does maintain the charm of the series but leaves players with a half-finished story. The platforming is enjoyable but slightly wonkier because of the 3D movement. Our three heroes are less capable because they have fewer abilities and this also means the gameplay is simpler. Trine 3 is still worth playing, but that additional dimension comes at a price.

Our ratings for Trine 3: The Artifacts of Power on PC out of 100 (Ratings FAQ)
Presentation
89
Colors that jump out of the screen and backdrops that make your jaw drop. The world is consistently stunning.
Gameplay
72
Less involving than its predecessors and much easier, side levels are more challenging but they only use one character. 3D movement makes everything less precise.
Single Player
55
The story ends just as it is getting into the main adventure. Thankfully it still has lots of charm and a bit of humor. It takes around six hours to complete everything.
Multiplayer
65
Still fun to play the same levels with others. It is also accidentally funny because of bugs and network issues.
Performance
(Show PC Specs)
CPU: Intel i5 3570k
GPU: Gigabyte 7950 OC 3GB
RAM: 8GB DDR3
OS: Windows 7 Ultimate 64-bit

90
Runs exceptionally well and levels load quickly.
Overall
71
Trine 3 is fun, but also a step back for the series. While the levels are glorious, the 3D movement is imprecise and the story is incomplete.

Trine 3: The Artifacts of Power 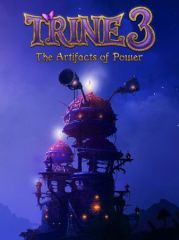 All videos for Trine 3: The Artifacts of Power (3)
Advertisement ▼