A great fighter that does justice to the Persona series

At first glance, Persona 4 Arena Ultimax seems more like a glorified expansion pack than a sequel. Dig a little deeper, and you’ll find that Ultimax improves on nearly every aspect of its predecessor while continuing to keep the soul of the Persona series intact and combining them with an easy to use, yet hard to master fighting system. In more ways than one, Atlus and Arc System Works have created a game that both fighting and Persona fans will love. 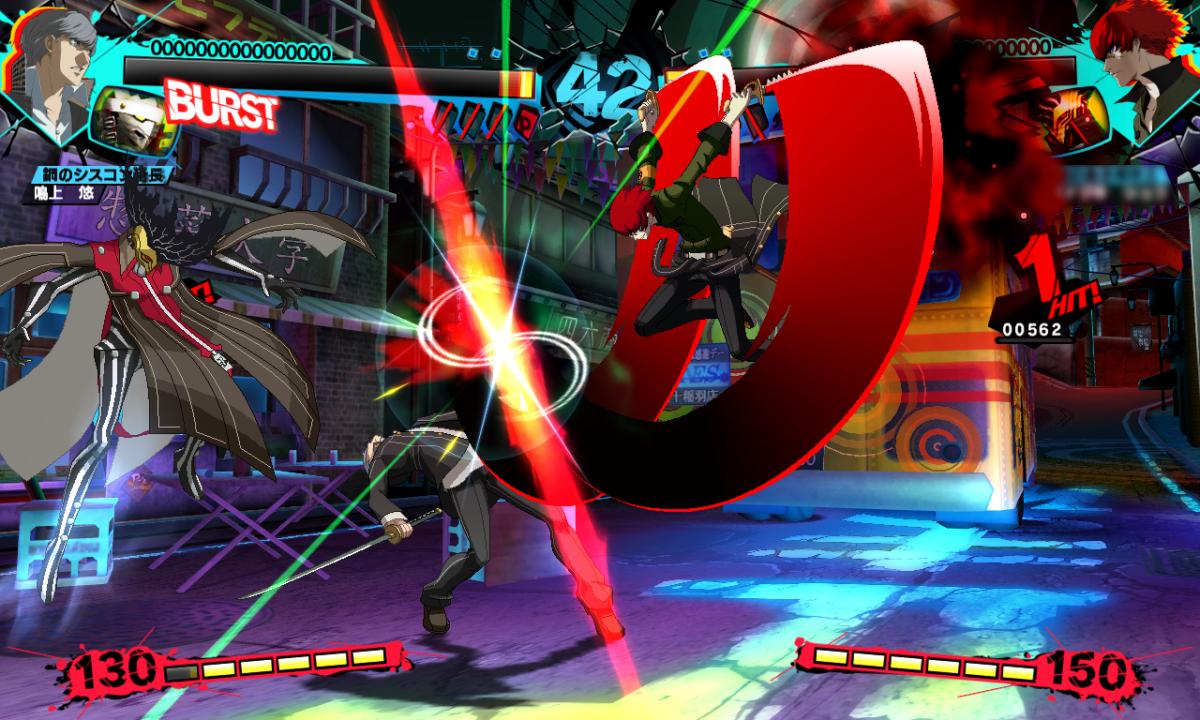 Like the previous entry, Ultimax oozes with fan-service. Every character (save for a new villain) is meticulously recreated from their origins in the JRPG entries Persona 3 and Persona 4. Their look, their voice, and their entire personality are kept intact for this 2D fighter. For example, newcomer to Ultimax, Rise Kujikawa’s fighting style is based around her pop star status by incorporating attacks with her mic stand and even certain rhythm game mechanics. Chie Satonaka continues to be a hand-to-hand menace inspired by her love for martial arts movies. Each character fights the way you would expect based on their personality which, as a fan of Persona, feels awesome to play as. My biggest complaint comes from the vocal work in the fights. Nearly every move, block, and animation comes with its own line of dialogue. When you have two characters fighting at breakneck speeds, these voices become incredibly annoying and non-stop. There’s not even a way to turn them off without removing other sounds. It’s a small, but noticeable complaint.

Beyond that, Arc System Works included a myriad of call-backs to the original games in the fighters’ taunts, their dialogue, and even some of their attacks. For instance, when Teddie opens up his costume and reveals a strange cross-dressed boy underneath, newcomers may raise an eyebrow, but Persona 4 fans will laugh out loud remembering the storyline.

It’s times like these where I feel like Ultimax may fall flat for those unfamiliar with the source material. Each member of the roster is given a nickname that pokes fun at their inner-self but players unfamiliar with the cannon aren’t going to get those references. With so many winks and nods to the source material, I feel like newcomers may be turned off by the game’s lore when it kind of bashes you over the head with it. 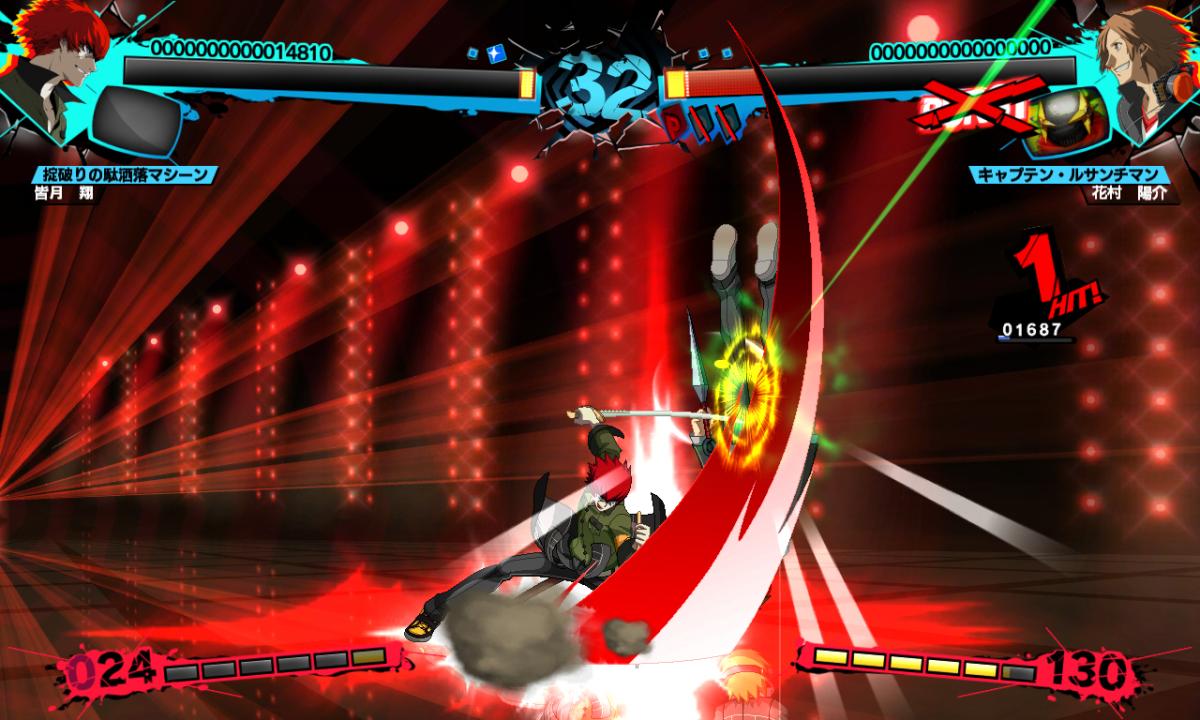 Persona 4 Ultimax also boasts an incredible soundtrack featuring some of the best tracks from Persona 3 and 4, now remixed to add just a bit more excitement that fits perfectly for a one-on-one brawl. The score consists of a heavy dose of electric guitar, a handful of electronica, and bit of jazz. From the more endearing, calm moments in the story, to the frantic clash of combat, I couldn’t get these tracks out of my head. I even ended up using the BGM player in the game’s Gallery section to play some tunes in my down time, something I rarely ever do in a video game. Again, fans of the series will be nostalgic for these tracks, but the remixes fit so well with the fighting game genre that newcomers will easily fall in love with Persona’s soundtrack for the first time.

Luckily, Ultimax backs up all that style with substance. Whether this is your first time playing a fighting game, or your 100th, there’s something Ultimax does that will keep you hooked. The system allows players to pull off a wide variety of moves and over-the-top actions with little input, all while layering multiple systems over one another to add a depth to the combat veteran players will appreciate.

What makes the Arena games unique among other 2D fighters is that each character has their own basic attacks, as well as their own Persona attacks. Personas are like inner spirits that manifest themselves and fight for you. Persona attacks automatically feel more like special moves by doing more damage in a wider area of effect than normal attacks. Some Personas will launch across the entire screen, others will shoot up into the air, and some will even protect you from damage. 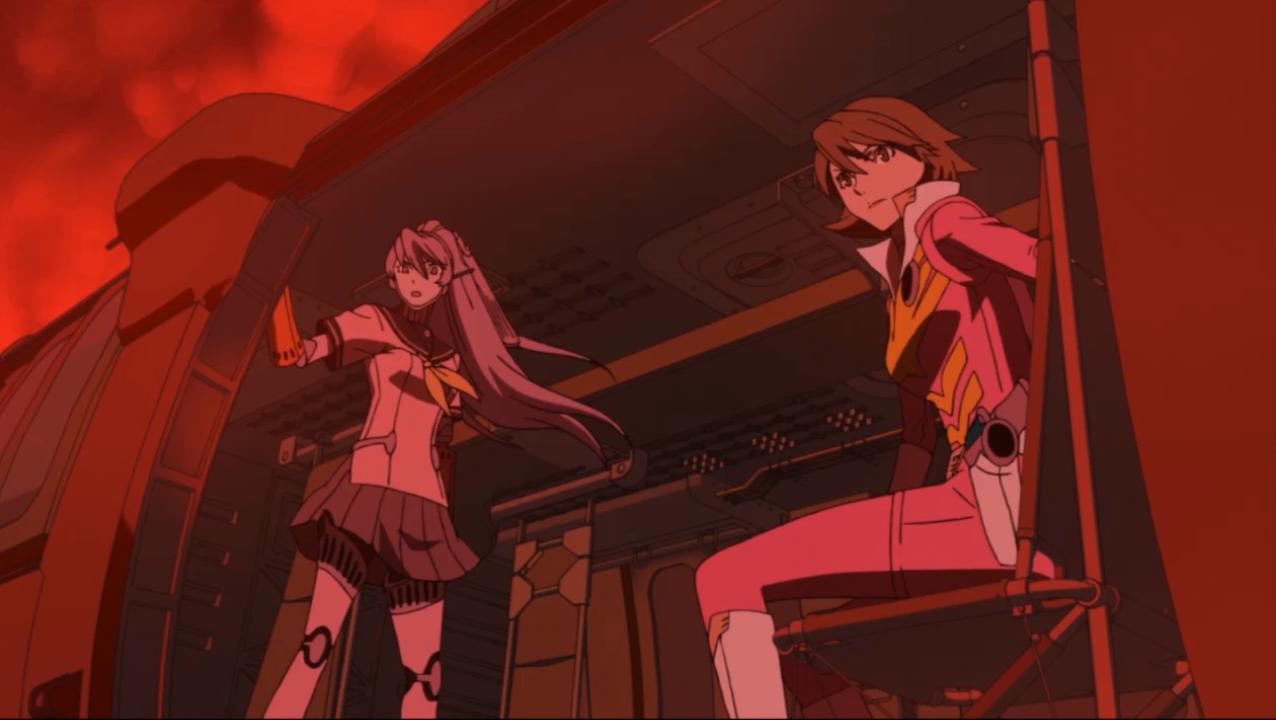 By using these Personas in unison with your basic attacks, impressive combos can be pulled off and victory will be imminent. You can even mash on a single button to perform super moves that are amazing to look at, making players feel all the more powerful. New to Ultimax is another addition to the combat in the form of “S-Holds.” By holding down the main attack button you’ll be able to charge a special attack. The longer you hold it, the more powerful it will be. This adds an interesting new way to unleash attacks because you don’t have to worry about specific directional inputs like normal. You can move around while setting up your ambush. Persona 4 Arena Ultimax uses these simplistic mechanics to lure players in. Once you learn the basics, it’s time to go deeper.

Like contemporary fighters Blazblue or Street Fighter, the more damage you dish out and receive fills up an SP meter that allows you to pull off the most powerful attacks with precise button combinations. Figuring out the most opportune time to use up your SP is one of the most common strategies to master in 2D fighters. Ultimax doesn’t stop there, as you can also dodge, break other characters’ Personas by countering their attack, and use a “BURST” to repel an enemy who just won’t stop hitting you in the corner. The latter is a wholly defensive maneuver that I feel every game should have. There’s nothing worse than getting stuck in an unlimited combo...

Another new feature is the addition of Shadows. Each character can now be played as their Shadow; a darker, twisted version of the Persona cast warped by their innermost desires. These Shadows use similar movesets to their Normal counterparts but play with a high risk / high reward setup. You won’t be able to burst while you’re a Shadow, and the health and damage output will be lessened. Instead, players will have access to the Shadow Frenzy, which basically lets you use any attacks while your SP meter slowly drains. This means you’ll be able to use attacks that cost an entire bar of SP for much longer than a normal character. You’ll also be able to carry over SP from one round to another. If you’re a player who loves to use moves that require SP, this is the class of character you want to play as, otherwise, the lack of defense may cost you the match. 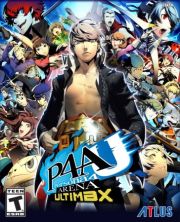