The Evil Within delayed to October

Bethesda Softworks has revealed that The Evil Within has been delayed, and will now be available in North America on October 21, in Australia on October 23, and throughout Europe on October 24, 2014.

Just a few months ago (in February), the game was announced for an August release. However, the publisher says Shinji Mikami and his team at Tango Gameworks have asked for additional time to further balance and refine the game in order to deliver the polished, terrifying pure survival horror experience they set out to create.

Bethesda has also announced a pre-order incentive – The Fighting Chance Pack. This pack provides players with a handful of additional items that may help them stave off death for a moment longer. It includes a Medical Kit, Green Gel, Double Barrel Shotgun and Three Shells, An Incendiary Agony Bolt, and a Poison Agony Bolt. 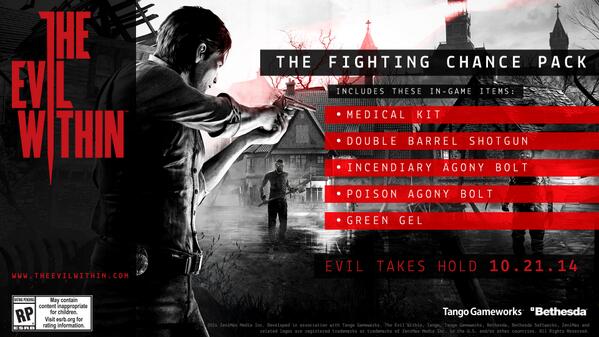