Free update to add the official tournament modes to FUT

Electronic Arts has announced FIFA 14 Ultimate Team: World Cup, a free update that brings the excitement of the 2014 FIFA World Cup Brazil to the game.

With Online and Single Player tournament modes, players can compete through the group stage and knockout phases in order to win the FIFA World Cup.

The World Cup addition for FIFA 14 will be available on May 29 for PC, the Xbox 360, Xbox One, PlayStation 3, and PlayStation 4 via an automatic online update to FIFA 14. 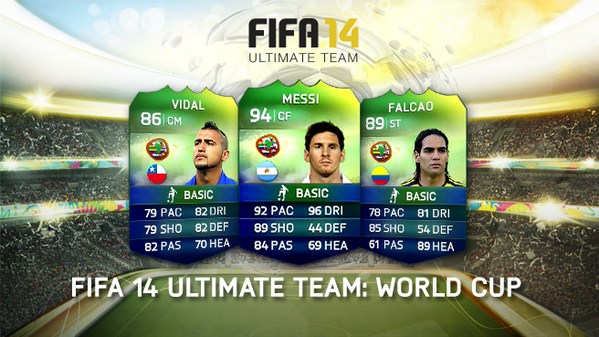