Paradox Interactive has released the European Cities expansion package for Cities in Motion 2, the transit-simulation strategy game from Colossal Order.

This latest Cities in Motion 2 addition allows players to take on the challenges of managing transit networks across three bustling European cities inspired by Liverpool, Düsseldorf, and Prague. Including an entirely new campaign with six scenarios, European Cities is available for purchase today for $12.99.

In Cities in Motion 2, players must design, construct, maintain, and expand a multifaceted transit network that serves the needs of a growing city. The game was released on PC last year. 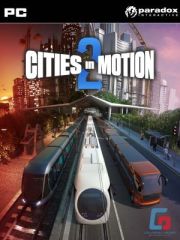 All videos for Cities in Motion 2 (1)