Call of Pripyat finds a publisher

bitComposer Games has secured the worldwide rights to S.T.A.L.K.E.R.: Call of Pripyat, the next first-person shooter from Ukrainian developer GSC Game World and follow-up to the highly successful S.T.A.L.K.E.R.: Shadow of Chernobyl. The internationally successful S.T.A.L.K.E.R. series has sold over 2 million copies, and the newest episode seamlessly connects to Shadow of Chernobyl. The release of S.T.A.L.K.E.R.: Call of Pripyat for Windows PC is scheduled for Fall 2009.
S.T.A.L.K.E.R.: Call of Pripyat takes PC gamers once again into the deadly area surrounding the Chernobyl nuclear reactor explosion of 1986. Cordoned off by the military, this highly contaminated “Zone” is scoured by treasure hunters known as s.t.a.l.k.e.r.s, who search the irradiated lands for unique artifacts. In the role of Agent Alexander Degtyarev, the player must go undercover as a s.t.a.l.k.e.r., investigating the mysterious disappearance of five military helicopters while standing against various s.t.a.l.k.e.r. groups.
Using the time-tested X-Ray graphic engine developed by GSC, S.T.A.L.K.E.R.: Call of Pripyat skilfully combines first-person shooter action with role-playing elements in a realistic post-atomic world. The grim realities of this deadly environment are underscored by the many desolate industrial ruins, reproduced using aerial pictures and the developers’ own photographs. Mutants, s.t.a.l.k.e.r. groups, and lethal anomalies are everywhere, posing a constant threat to the player. The thrilling story is advanced through numerous quests, taking gamers through such diverse areas as a secret military base, the Jupiter factory site, and the titular city of Pripyat. The player decides how far to explore and which tasks they undertake – freedom determines the gameplay. Other s.t.a.l.k.e.r. groups respond to the player in a friendly or hostile manner, depending on the group to which they belong. In this ever-dangerous world, the player is supported by various weapon systems and upgrades, as well as several types of equipment.
“With S.T.A.L.K.E.R.: Call of Pripyat, we have another high-profile title in our portfolio,” says Wolfgang Duhr, director of bitComposer Games. “The fact that we could assert ourselves against internationally established publishers shows the trust placed in us by GSC. Together with GSC and our distribution partners, we want to continue the success of the series so that we can build on this foundation in the future.”
“We're anticipating a very successful international release for Call of Pripyat and are happy to work with bitComposer Games to bring this next chapter of S.T.A.L.K.E.R. to PC gamers around the world,” says Sergiy Grygorovych, CEO of GSC Game World. 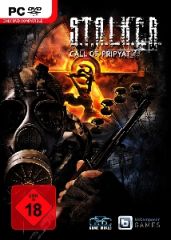