Also known as: Stalker: SoC
The world’s worst nuclear disaster occurred on April 26, 1986, at the Chernobyl power facility in the Ukraine. The area slowly recovered until 2006 when an unforeseen second explosion rocked the landscape, leaving a vast "Exclusion Zone" plagued with deadly energy disturbances in its wake. The quarantined Exclusion Zone expanded over time, and by 2012, specially equipped poachers, known as S.T.A.L.K.E.R.s, venture into the Zone to claim radioactive artifacts for the black market. You are a new S.T.A.L.K.E.R. battling for survival among rivals, soldiers and mutant creatures while trying to discover the true nature of Chernobyl’s dark past and horrific future. 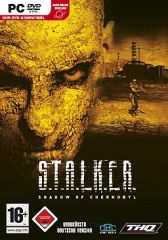