Rocksmith arrives on PC with expansion

Ubisoft has announced that Rocksmith guitar and bass edition for the PC has shipped to retail, along with the re-release of the original standard edition game on the Xbox 360 and Playstation 3.

Rocksmith guitar and bass edition is the first and only video game where players can plug any real guitar or bass with a standard 1/4” input jack and play through an in-depth library of music including everything from the latest hits to classic rock songs. 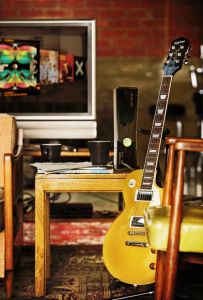 Our Review of Rocksmith
78%
Good
The Verdict:
"A new kind of experience has arrived to the musical video game genre"
Game Ranking
Rocksmith is ranked #571 out of 1665 total reviewed games. It is ranked #65 out of 105 games reviewed in 2011.
570. Puzzle Dimension
PlayStation 3
571. Rocksmith