Sega has announced a Collector’s Edition and a GameStop-exclusive pre-order offer for its upcoming Aliens: Colonial Marines video game.

Those who pre-purchase the game from GameStop (North America) will be able to fight for their squad’s survival and confront hordes of enemies as the original Aliens film icons Private Hudson, Corporal Hicks, Private Drake and Sergeant Apone. Players will also get Ripley’s Flamethrower for their multiplayer characters.

The Aliens: Colonial Marines Collector’s Edition (US $99.99) is set to bring the ultimate ALIENS experience in one box. 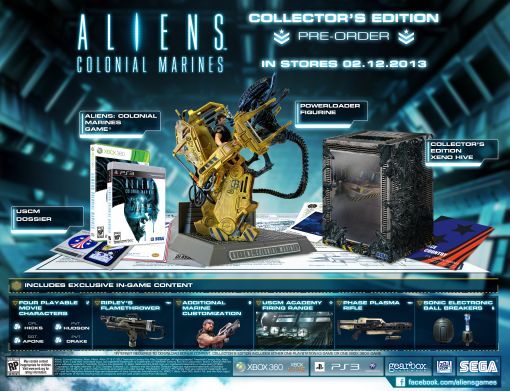 All videos for Aliens: Colonial Marines (5)