After Duke Nukem’ Forever, you wouldn’t be insane to doubt Gearbox Software’s capabilities. But hold on a sec, they were only finishing off someone else’s mess right? They were just keen to finally get the game out. Even so, pride should have stopped them releasing it in such a poor state.

Then Borderlands 2 came along and was met with great sales and wide critical acclaim. So, maybe their frequently delayed Aliens: Colonial Marines would be ok on the day. After all, it’s been Gearbox’s game since birth and numerous videos clearly show a franchise-adoring staff. So, they wouldn’t f**k it up, right? Cue the angry sobbing. 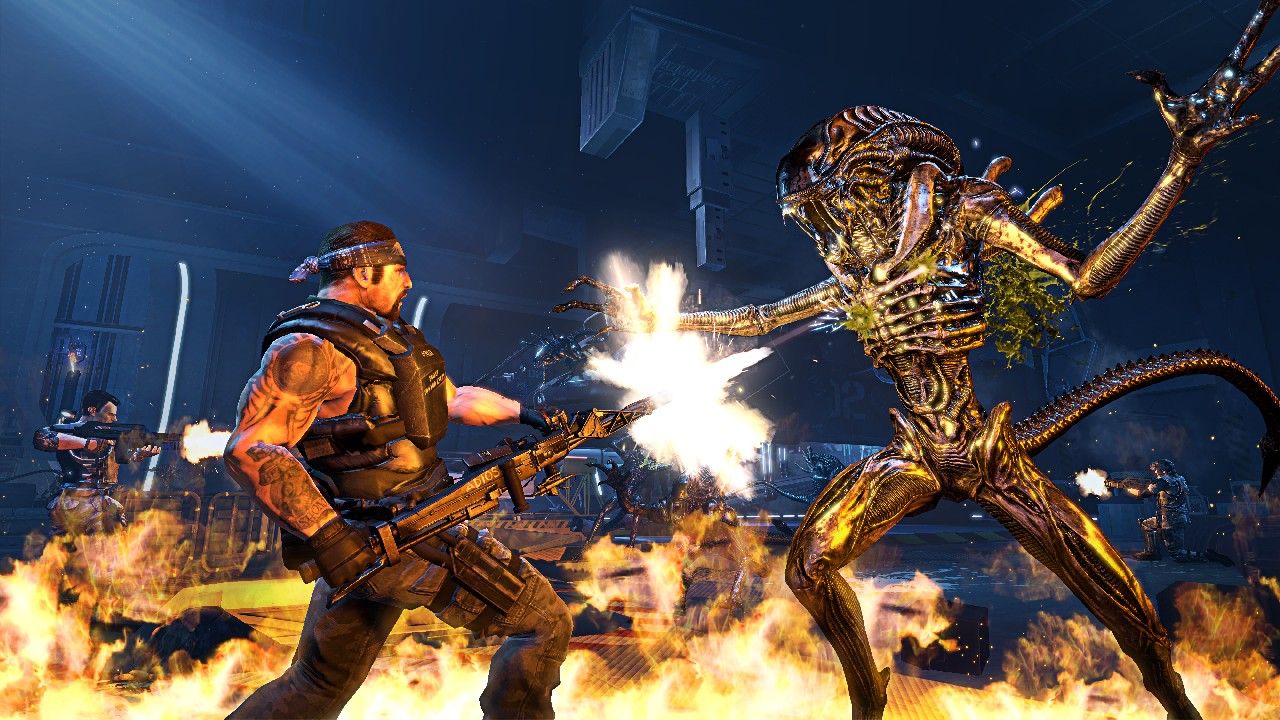 Colonial Marines isn’t an abject failure, it’s just incredibly disappointing. Yes, gamers, film fans and journos had hyped the hell out of it ahead of release, but surely everyone deserved something better than a bog-standard shooter with the Aliens skin thrown over the top.

The story sees another batch of marines returning to the Solaco and to Hadley’s Hope on the planet below to investigate what happened to their colleagues –the marines of Aliens. This provides numerous pleasing references to the movies. Bishop’s legs in the cargo bay, missing floor panels from where Newt was hiding from the queen, the marines’ lockers, the med bay where Ripley was attacked by face huggers, you even get to defend the same room that the first marines initially encountered the xenos.

Nostalgia aside though, the new story is far from the promised ‘proper sequel’ to Aliens. Frankly, the inclusion of a returning Corporal Hicks is ridiculous and insulting both to the canon and the fans. There’s a tenuous link to Prometheus, but nothing you can’t see coming a mile off. 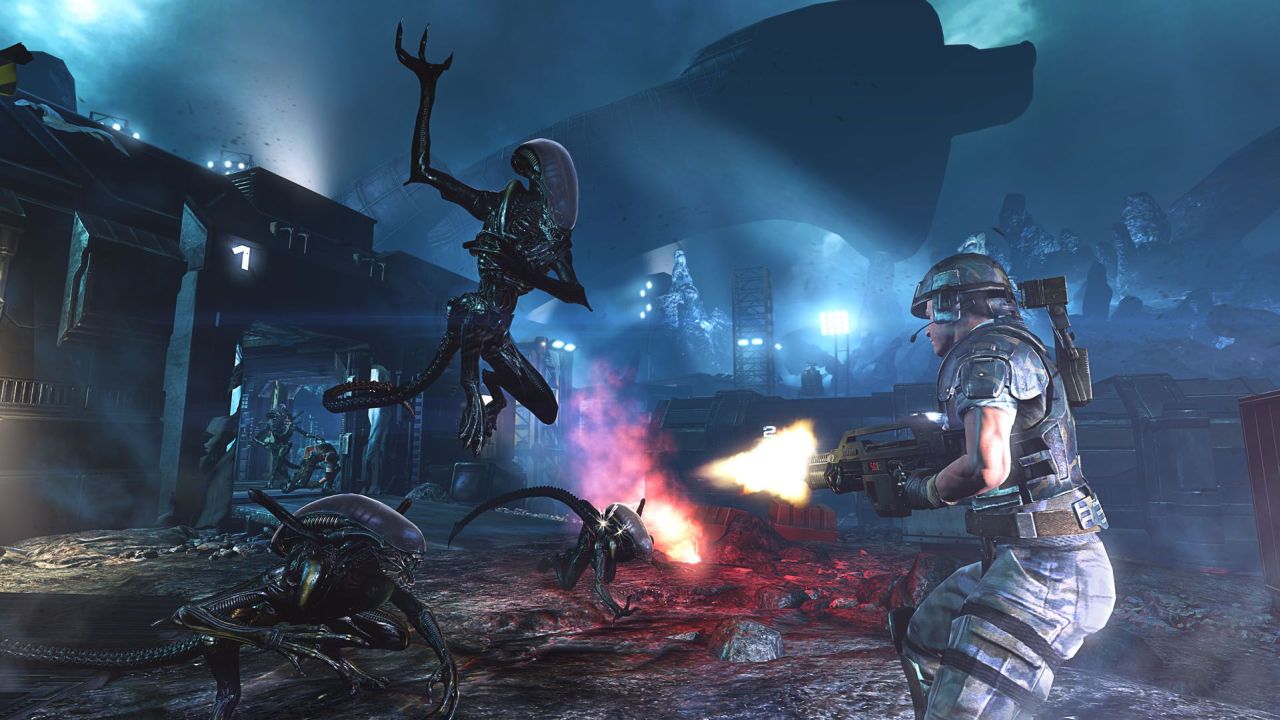 Anyways, it’s starting to hurt my knuckles typing with semi-clenched fists, so let’s have a look at what the game does right. Many of the positives come from assets that were spoon-fed to Gearbox from 20th Century Fox, namely the excellent sound design. The music matches the tempo throughout the game. Quiet scenes and tip-toeing through the dark have sparse audio cues to creep you out, while large scale standoff music does its best to put you into the frantic mood of the second movie. The weapons sound fantastic, with the inimitable sound of the pulse rifle perfectly accompanying the high-pitched alien screams.

Firing the weapons is a solid experience too. Pulse rifles chew through enemies with ease and the tactical shotgun will probably become one of your favourite shotguns in gaming thanks to its rapid and deadly firing. XP is earned throughout, allowing you to upgrade secondary fire features, sights, ammo and so on. I made a few tweaks, but generally found most of them unnecessary.

Guns are all well and good, but it’s a shame I can’t say the same of the targets. The first xenomorph I encountered was a tough bastard. Absorbing loads of ammo and frequently escaping back into the shadows. ‘Sh*t’, I thought, this is going to be tough if they’re all that hard to kill. This was a false set-up though as for the rest of the game, these standard drones fall apart with a short pulse rifle blast (not even a controlled one) .