Remedy Entertainment has announced that Alan Wake will finally be available on PCs through Steam on February 16th and soon afterwards through other popular digital channels.

“We’ve done our best to do justice to the PC version and do things the way they should be done for PC. The PC version looks absolutely beautiful. We’re bringing the game to life in a whole new way,” says Markus Mäki, CTO at Remedy. 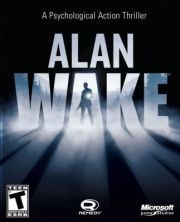