TopWare Interactive has announced the European release of Two Worlds II “Velvet Edition”, also known as the Game of the Year Edition, on the Playstation 3.

In addition to the inclusion of the core Two Worlds II game and the expansion Pirates of the Flying Fortress, the Velvet Edition contains a metal decorative pirate pin modeled after reputation badges from the game, two exclusive multiplayer maps, soundtrack, bonus artwork and a highly detailed world map.

Two Worlds II is also available for PC and Xbox 360. 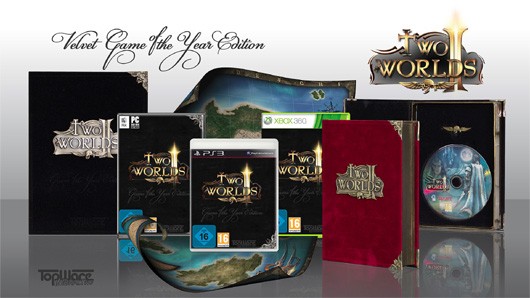 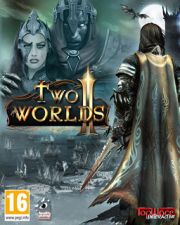 Our Review of Two Worlds II
81%
Great
Reviewed on PC
"Once you get past a few quirks and a slow start, Two Worlds II will prove to be a deep and enjoyable experience that will keep you entertained for some time"
Game Ranking
Two Worlds II (PC) is ranked #378 out of 1667 total reviewed games. It is ranked #48 out of 105 games reviewed in 2011.
377. WH40k: Space Marine
PC
378. Two Worlds II