Game to launch alongside the movie in 2012

Created as an epilogue story occurring entirely after the events of the movie, the game features the return of free-roaming web-slinging all over the city and improvements to navigation and combat.

The Amazing Spider-Man is in development at Beenox, and features an original narrative crafted by Hollywood writer Seamus Kevin Fahey that continues young Peter Parker's adventures following the events of the new film. Using the game's new Web Rush mechanic allows players to pull off a vast array of moves. 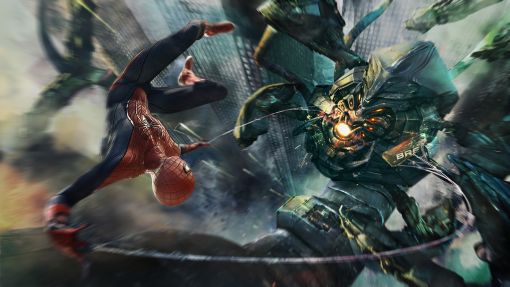 All videos for Amazing Spider-Man (3)