New Brink DLC to be free for limited time

New content releasing next week for the team based shooter

Bethesda has announced Brink: Agents of Change, a DLC pack that will be available on Xbox LIVE, PlayStation Network, and Steam on August 3. Agents of Change will be free to download for the first two weeks.

The DLC is set to bring a few new maps to the game - the futuristic, underwater Labs facility and Founders’ Tower, the iconic spire housing the island’s wealthy elite. There are new lethal abilities with the newly raised level cap of 24. Players can also customize their characters with new outfits and additional weapon attachments.

Brink is now available for Xbox 360, PlayStation 3, and Windows PC.

Brink available in stores today
Brink release date moved up
Prev:
New Brink DLC to be free for limited time
Next:
Witcher 2 on Xbox 360 delayed to 2012

Online
There is currently 1 member and 215 guests on the website right now. Who's On?
Activity in the past 10 minutes: 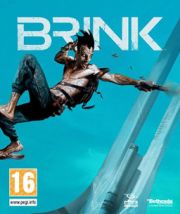 All videos for Brink (3)