FIFA 23 will feature women’s club teams for the first time with the inclusion of the Barclays Women’s Super League and Division 1 Arkema at launch. Players will also be able play in the men’s FIFA World Cup Qatar 2022 and FIFA Women’s World Cup Australia and New Zealand 2023 as post-launch free DLC.

New cross-play features will be available at launch in FUT Division Rivals (except Co-Op), FUT Champions, FUT Ultimate Online Draft, FUT Online Friendlies (except Co-Op), FUT Play a Friend, Online Friendlies, and Online Seasons (except Co-Op Seasons). Cross-play is initially enabled for all players when launching FIFA 23 for the first time, provided the platform level settings allow for it, and it can be opted out of at any time. The FUT Transfer Market will be expanded to include cross-platform functionality - with the exception of PC and Switch, which will continue to have their own separate Transfer Markets.

FIFA 23 is developed by EA Vancouver and EA Romania and will be available worldwide on PlayStation 5, Xbox Series X|S, PC, Stadia, PS4, and Xbox One on September 30. Early access for FIFA 23 Ultimate Edition begins on September 27, 2022. FIFA Street
Online
There are currently 0 members and 90 guests on the website right now. Who's On?
Activity in the past 10 minutes: 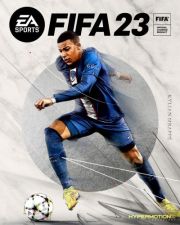