Deep Silver and Volition have announced that the 2022 Saints Row reboot has been delayed.

Originally announced with a planned February 2022 date, the game will now release on August 23, 2022. The developers said in a statement: "Our priority is to create the best Saints Row game yet and, if we released on the original date, it wouldn’t be up to the standards we’ve set ourselves, and that you’re expecting and deserve." 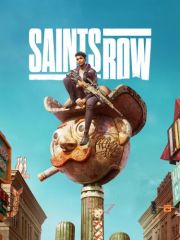