Microsoft and Relic have announced that Age of Empires IV is launching on October 28, 2021.

Players will have the choice of the English, Mongols, Chinese and Delhi Sultanate at launch and today’s news also reveals two more civilizations – the Abbasid Dynasty and the French. The Abbasid Dynasty’s focus on technology, powered by their unique landmark, the House of Wisdom, will allow players to choose unique upgrade opportunities. Their unique units include Camel Archers and Riders. The French thrive in trade, with the Chamber of Commerce and Royal Institute landmarks helping strengthen a player’s late game. Royal Knights are one of the civilization’s special units. 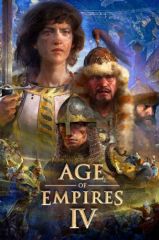 All videos for Age of Empires IV (5)