“Bringing together Top Gear and Forza Motorsport is a natural fit,” said Dan Greenawalt, franchise director at Turn 10, the studio within Microsoft Game Studios that created and nurtures the Forza Motorsport franchise and community. “Top Gear is all about automotive passion and playing around with cars which is exactly what we deliver with Forza Motorsport games. We are looking forward to collaborating with their team to bring some of what they do so well on television to our game design process.”

Fans will get their first taste of the results of this collaboration with 90 minutes of specially edited Top Gear TV content plus access to the ‘Stig’s Garage Car Pack’, all downloadable exclusively through Xbox LIVE, as part of the new “Forza Motorsport 3 Ultimate Collection” available from this October.

"It's incredibly exciting to be teaming up with such a big name game,” said Andy Wilman, creative director at Top Gear. “I fear we'll have to be a bit more ambitious and a bit less rubbish when dealing with these chaps."

Forza Motorsport 3: Ultimate Collection is the complete racing title, including all previously released Game add-ons, bringing the total car count to 500 and offering more than 100 track configurations. It includes an Xbox LIVE downloadable content card giving players access to three of the hottest cars on the market today as part of “Stig’s Garage Car Pack.” These include The Koenigsegg CCX, LEXUS LFA, and Mercedes Benz SLS-AMG. In addition to the car pack, the Top Gear downloadable content will also feature an exclusive 90-minute Top Gear video from lads on Top Gear including Jeremy Clarkson, Richard Hammond and James May and an Xbox LIVE Theme featuring Top Gear.

Resident Evil: Operation Raccoon City
Online
There are currently 0 members and 139 guests on the website right now. Who's On?
Activity in the past 10 minutes: 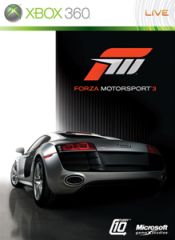