New Co-op missions and other content added with update

Ubisoft has announced that Update 1 (Title Update 4.0) for Watch Dogs: Legion will be available tomorrow.

Title Update 4.0 introduces exclusive content for Season Pass holders in single-player and in the online mode of Watch Dogs: Legion. The DLC adds a new playable hero character, Mina Sidhu. She wields the power of mind control and can take full control of an enemy with her Mind Control Device, the OMNI Optik. She is also equipped with a Mental Blast that can disrupt nearby enemies.

DLC also adds a new DedSec Stories mission, Swipe Right. In this new single-player mission, DedSec discovers that someone in London is conspiring with an Egyptian minister to sell off the country’s antiquities, with the money going to fund violent insurgents.

The update also adds a variety of free content to both single-player and the online mode, including 2 new Operatives: the DJ & the First Responder; Operative Customization; and 5 new Operative abilities. 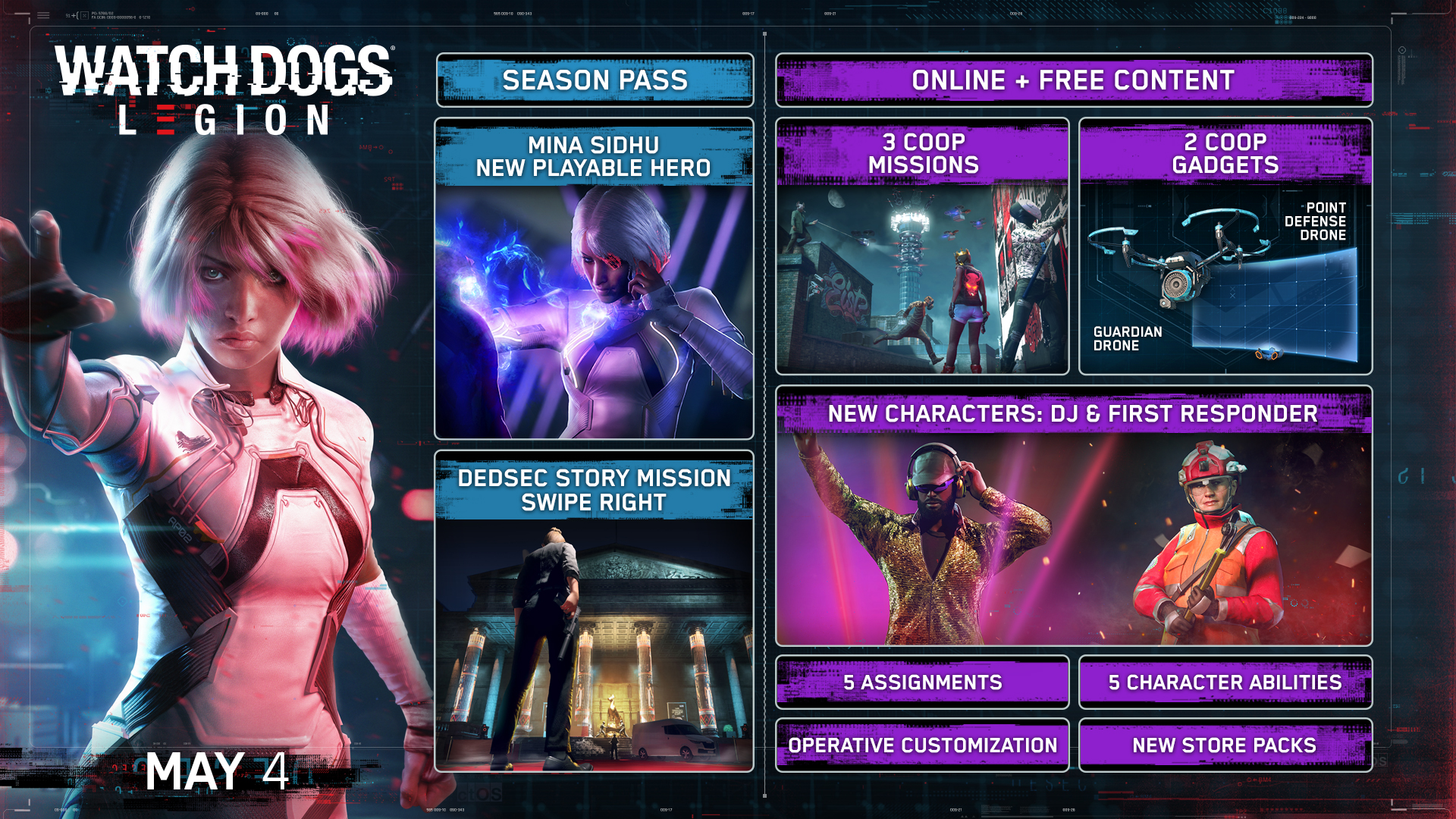 All videos for Watch Dogs: Legion (1)