Featuring new races from the World of Warhammer Fantasy Battles, including the video-game debut of Kislev and Cathay alongside the factions of Chaos – Khorne, Nurgle, Slaanesh and Tzeentch - players will wage war with the most diverse array of legendary heroes, gargantuan monsters, flying creatures and magical powers that the series has ever seen.

Embarking on a new grand campaign, you will be tasked with saving or exploiting the power of a dying god. Each race offers a unique journey through the nightmarish Chaos Realm, culminating in an endgame that will determine the fate of the world.

Total War: WARHAMMER III is coming to PC in late 2021. 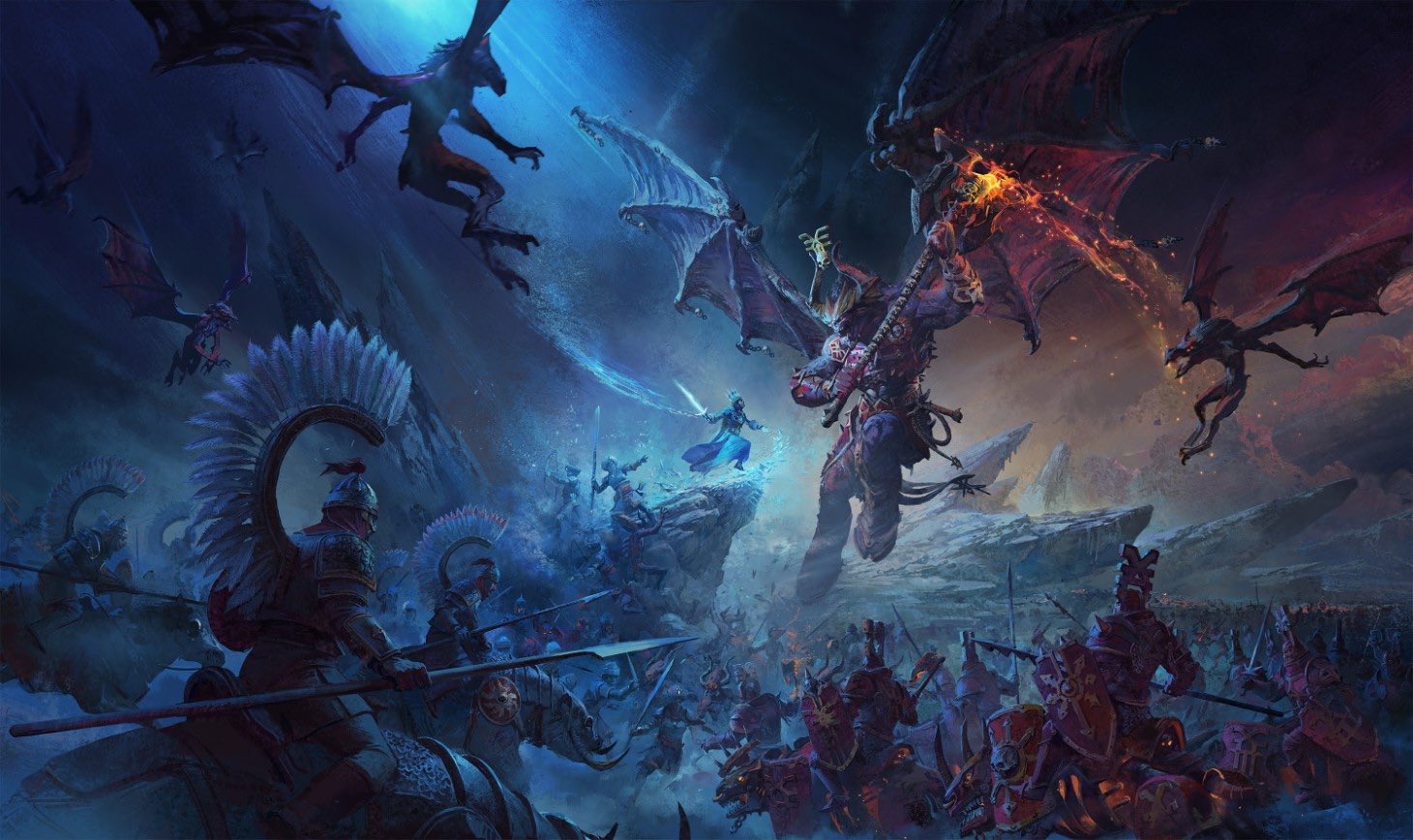 Total War: Warhammer III pushed to 2022
Prev:
Mass Effect Legendary Edition out in May
Next:
EA extends agreement with UEFA

Total War: Warhammer II
Online
There are currently 0 members and 88 guests on the website right now. Who's On?
Activity in the past 10 minutes: