Free Games with Gold for August 2019

A triple-A lineup of free games for next month

Microsoft has announced the Xbox Games with Gold lineup for August 2019.

From August 1 to 31, subscribers on Xbox One can download a free copy of Gears of War 4. Get ready for the upcoming Gears 5 by playing as JD, Kait, and Del in their first adventure. In Gears of War 4, the squad must discover the source of a new enemy and rescue their loved ones after escaping an attack on their village.

Later, from August 16 to September 15 on Xbox One, members can download Forza Motorsport 6. Collect and race over 450 Forzvista cars, all featuring cockpits, damage and customization. Tour 26 world-famous locales, including 10 newly captured tracks.

For members on Xbox One and Xbox 360, Torchlight will be free from August 1 to 15. Developed by the creators of Diablo and Fate, choose among three separate character classes and seek adventure through randomized dungeon levels. Slay hordes of monsters, learn skills, and loot treasure in this action-roleplaying title.

Last but not least, subscribers on Xbox One and Xbox 360 can get a copy of Castlevania: Lords of Shadow between August 16 and 31. Raised by the Brotherhood of Light, begin your quest across a destroyed world to defeat the three factions of the Lords of Shadow and end their unholy rule. 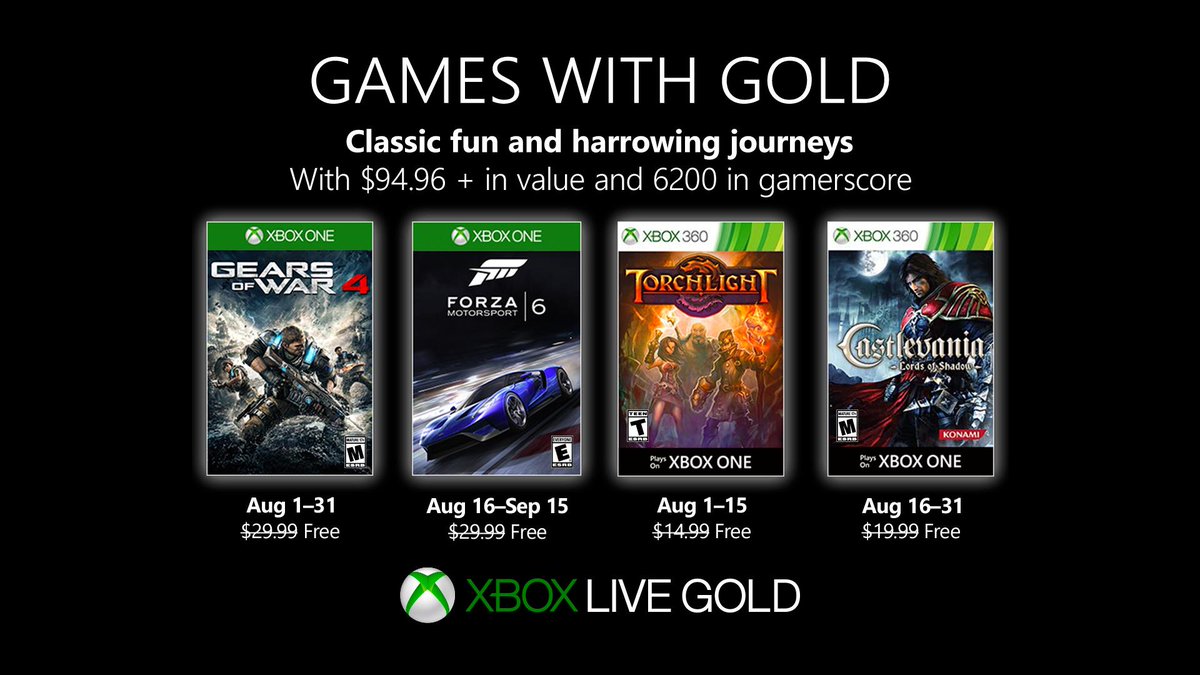 Risen 2: Dark Waters
Online
There are currently 0 members and 77 guests on the website right now. Who's On?
Activity in the past 10 minutes: