Castlevania: Lords of Shadow creates a malevolently charged reboot of the franchise that will have you thirsting for more

A creative fantasy taking place during the Middle Ages, Castlevania: Lords of Shadow is Konami’s latest stab at reinvigorating the Castlevania franchise. Although most of the Castlevania games have been 2D side-scrollers, there have been a few attempts in the series to break that mold and work in a completely 3D environment with few of those attempts meeting success. Castlevania: Lords of Shadow has tackled the 3D interactive gameplay experience and has not only succeeded, but perhaps has established a new path all its own for the series.

Castlevania: Lords of Shadow follows the story of Gabriel Belmont who has recently lost his love to certain beings known as the Lords of Shadow. Gabriel belongs to a religious sect that sends him on a mission to discover more about the Lords of Shadow. Gabriel’s first stop on his holy crusade is to seek the mythical God—Pan. After finding Pan he goes on to challenge all three of the Lords of Shadow; the king of lycanthropes, the queen of vampires and the lord of the dead. Along the way he is met with some help from Pan as well as other characters (like Zobek, a fellow brother in the faith, and Claudia, a mute orphan) who lend him aide in his search for revenge, but also surprise him, and you, with secret motives of their own. 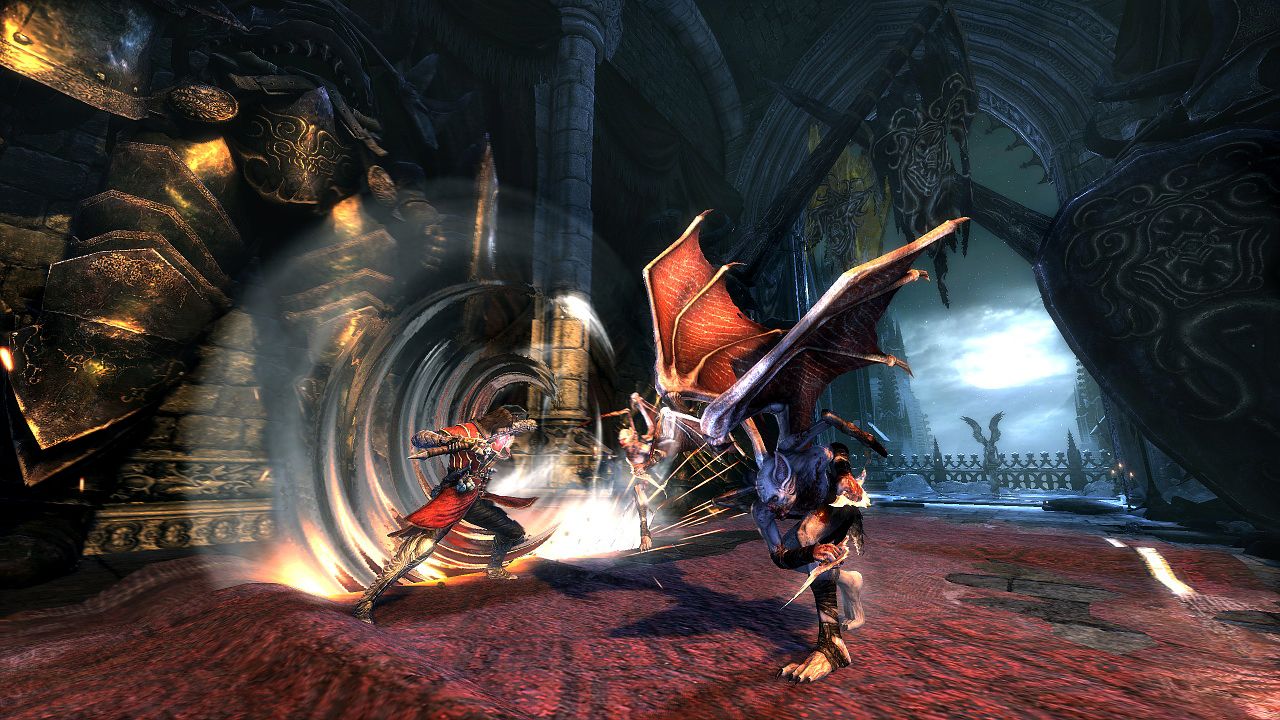 This is a single player game with no multiplayer modes. The campaign mode is around fifteen hours long—perhaps more or less depending on the difficulty mode you are playing the game on. The levels are linear forcing you to complete one level before you advance to the next plot point. However, you can revisit previously beaten levels to obtain any items you may have missed your first run through. Also, after you beat a level you unlock a challenge with a specific objective for you to complete called a “trial” that you can play and try to gain extra cash to spend on combat upgrades.

Throughout the game your character Gabriel Belmont is able to upgrade his attacks allowing you to use more intricate combos and different sub-items. There is a cost for unlocking these skills so going back to complete trials is worth your time. You also gain money for completing a level and completing puzzles (such as directing a flow of blood through a maze or lighting certain nodes with pixies) within the level.

Puzzles are abundant in Lords of Shadow and while they can be a nice deviation from constant enemy battles, they tend to feel and appear like cheap Facebook games and feel out of place in such a large budget game. This can detract from the amazing presence the setting and storyline fabricate.

In Lords of Shadow, the battle system and game mechanics work similar to previous Castlevania titles such as Castlevania: Lament of Innocence and Castlevania: Curse of Darkness. Your main weapon in the game is a legendary whip called the “Vampire Killer”. Gabriel is equipped with 18 whip-type combos (not to mention the 22 relic power combos) and the transition between combos is flawless and very well done. You might, however, unlock new combos faster than you’re able to learn the combos themselves because they can get quite lengthy and complex. There’s also a group of sub-weapons that you’re able to collect and use with enemies having weaknesses and strengths against certain sub-weapons. Each sub-weapon can be modified by the use of light and shadow magic which Gabriel can tap into at different points of the game. The light magic can heal Gabriel when activated upon hitting an enemy. The shadow magic causes you to deal more damage to enemies. 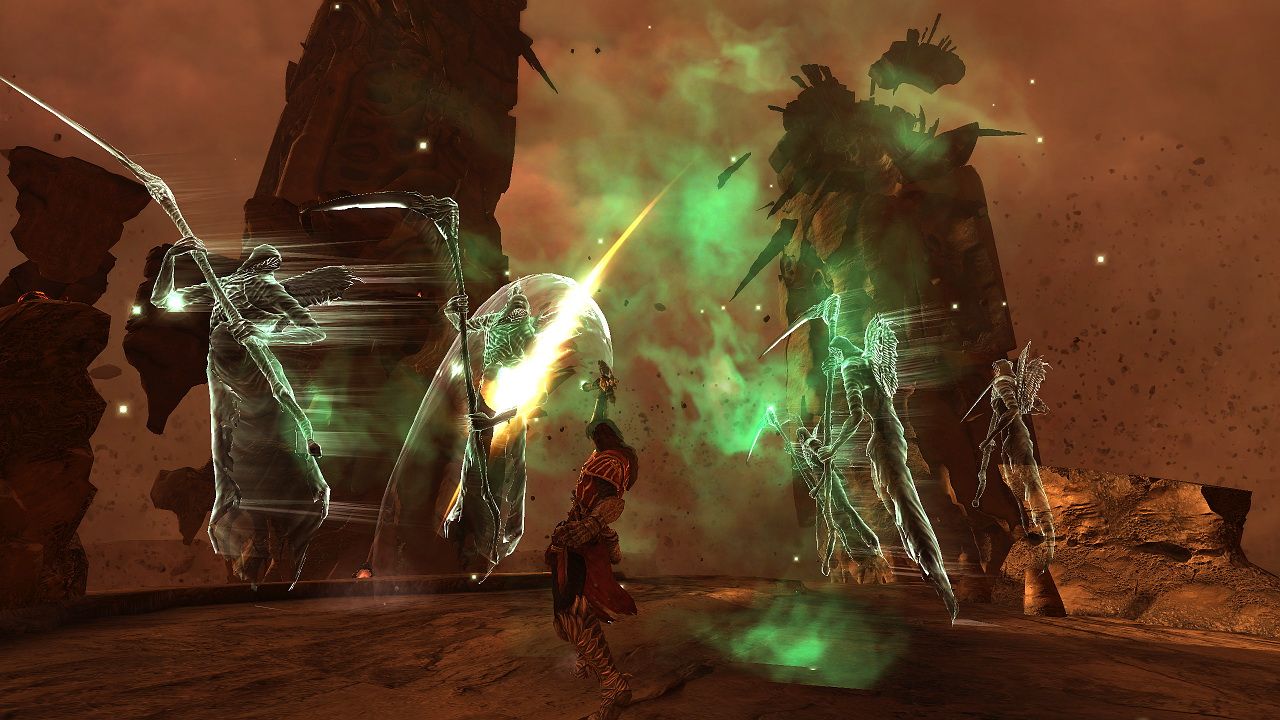 The mechanics of the game are relatively simple. You can whip, dash, climb, ride, use sub-weapons, magic, and dodge. Out of those, you’ll spend most of your time whipping and dodging enemies. The enemies are a conglomeration of hallmark demons from previous Castlevania games (imps, werewolves, vampires, other lesser undead, etc.). For the most part, each scene incorporates different enough enemies that playing from level to level is fresh and exciting. One fault with this is that if you choose to revisit a certain level multiple times, you’ll see enough of a single enemy to want to move on with the story part of the game. This is somewhat unfortunate since the game’s reward system of specific level challenges and shown percentage of how complete you are with that stage encourages multiple revisits of certain levels. In reality, grinding through the same level over and over can be almost not worth the while of fully completing all there is to do in a level.

It’s been a while since a Castlevania game has competed visually with the current line-up of games, but scenery is one of the leading qualities Lords of Shadow has to offer. Every detail in the surrounding woods, swamp, tundra, ruins, castle, or abbey is a work of art. The visuals do much to transport you there and help to pull you into the game’s world. The soundtrack for Lords of Shadow is a symphony orchestra. The medleys are a different twist for Castlevania, but do a great job in sweeping you up in the epic boss battles throughout the game. 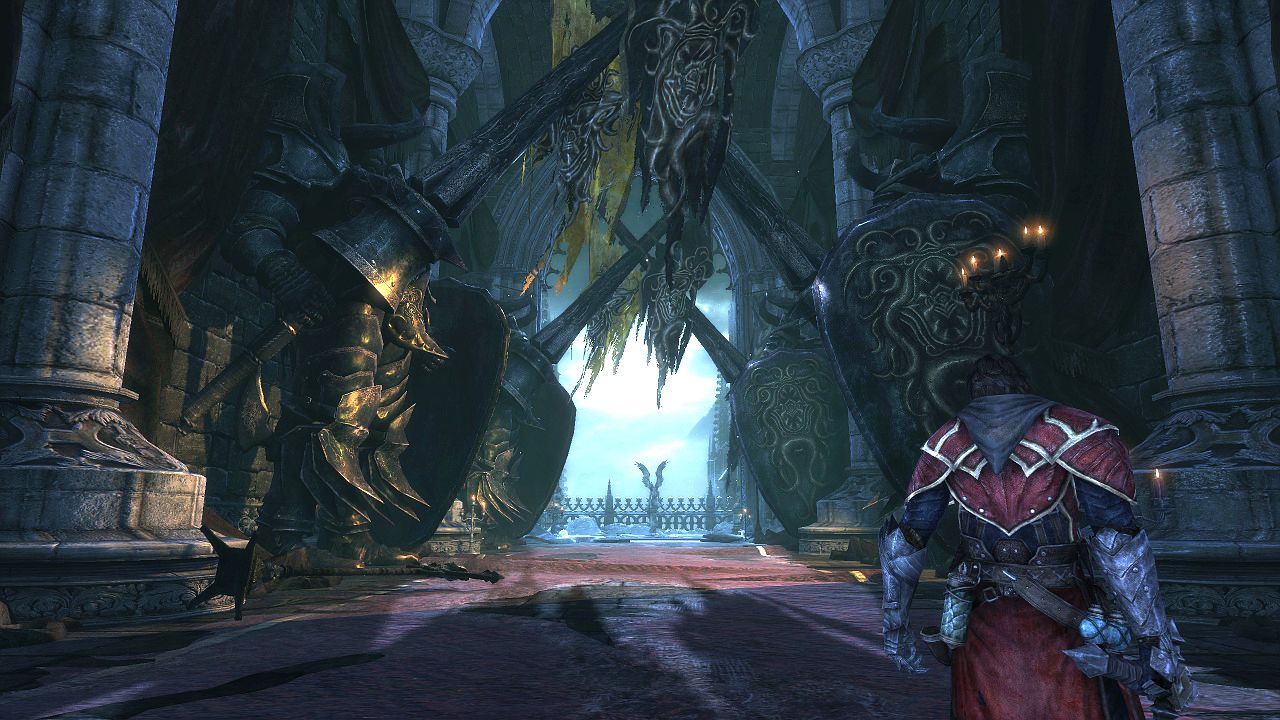 With some of the best voice actors dubbing for games to date (Patric Stewart, Jason Isaacs, and Robert Carlyle) the characters they portray are believable and very moving. This is a huge leap of progress from other Castlevanias where voice acting has been subpar at best. Characters have quite a bit to say throughout the game, especially during cut-scenes, but as it is very well written and well preformed, it’s more a cinematic treat rather than a drudgery.

Even though the replay value may be shorter than previous Castlevanias (such as Symphony of the Night) because there are few areas in which to customize Gabriel with changeable equipment, weapons, and gear, the killer story presented in Lords of Shadow ensures that you’ll play at least once or twice through the game, choosing different difficulty modes in which to challenge yourself.

Overall, Castlevania: Lords of Shadow has set a higher standard for quality storytelling in the gaming market today and also competently contends with the other visually impressive games on the market today.

Our ratings for Castlevania: Lords of Shadow on PlayStation 3 out of 100 (Ratings FAQ)
Presentation
92
The settings presented in Lords of Shadow are immense and epic. A fantastic reboot to the Castlevania franchise, with the story opting to take you through a breathtaking landscape instead of barring you up in a castle.
Gameplay
78
Although gameplay mechanics feel very similar to other notably successful games (like the God of War series), it is not similar enough to detract from the originality presented in Lords of Shadow's magic, sub-weapon, and whip combo abilities.
Single Player
84
With a single player campaign around 15 hours and with a great deal of accomplishments and prizes to complete and obtain afterwards, the game presents some replay value. Arguably one of the best story driven plots in the Castlevania series.
Multiplayer
NR
None
Performance
90
Even with the hauntingly surreal graphics, the game performance doesn't suffer a bit because of it.
Overall
80
Castlevania: Lords of Shadow does a great deal to reinvigorate the franchise, offering a robust introduction to new gamers to the line, while more than pleasing existing fans. 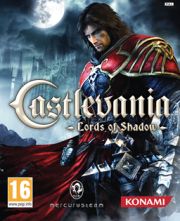 All videos for Castlevania: Lords of Shadow (1)
Advertisement ▼