Free Games with Gold for December 2017

Microsoft has announced the Xbox Games with Gold lineup for December 2017.

Available December 1 to 31 on Xbox One, subscribers can enter the co-op first-person shooter world of Warhammer: End Times – Vermintide. In Vermintide, the city of Ubersreik is under siege as players select from a band of five heroes with different play-styles and abilities, all equipped with unique gear and personalities. Then, from December 16 to January 15 on Xbox One members can download Back to the Future: The Game – 30th Anniversary Edition. In this adventure game, the time-traveling DeLorean returns to Hill Valley, minus a driver, and Marty must protect the space-time continuum.

Xbox 360 members (and Xbox One thanks to backward compatibility) from December 1 to 15 can download Child of Eden, a unique rail shooter that incorporates fast-paced action, music and motion controls. Later, from December 16 to 31 on Xbox One and Xbox 360 subscribers can get Marlow Briggs and the Mask of Death. This 3rd-person hack-n-slash homage to blockbuster action movies and comic book heroes is set in the Mayan jungle in Central America. Save your girl and save the planet with a little help from a 2000-year-old Mayan Death Mask. 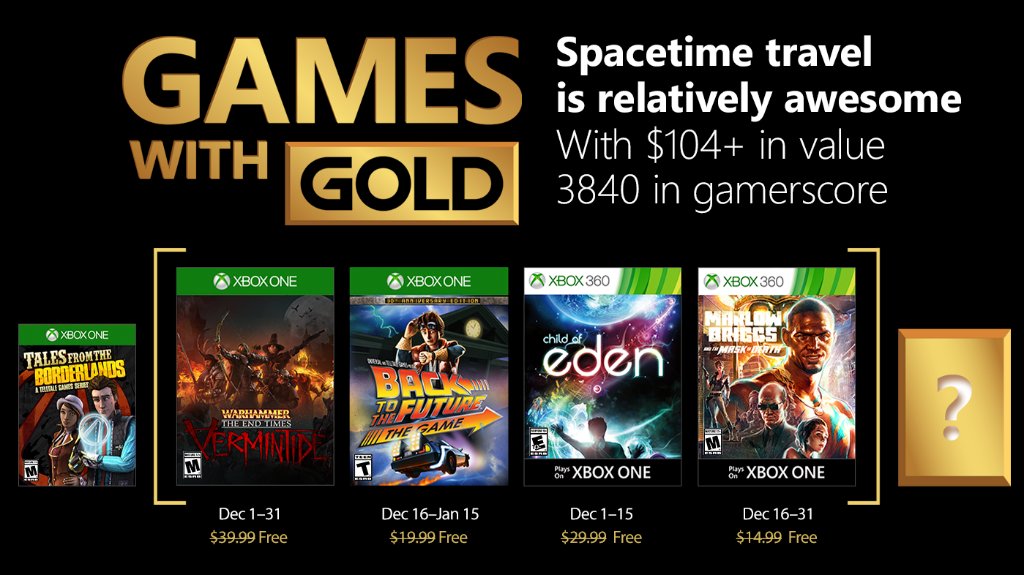 Just Dance 3
Online
There are currently 0 members and 102 guests on the website right now. Who's On?
Activity in the past 10 minutes: