This year's soccer title promises improvements across the board, expanded multiplayer

Konami Digital Entertainment has announced PES 2018, the latest edition of its football series, to be released on September 12, 2017.

PES 2018 promises more new additions than any other PES title in the last 10 years. New additions to the control systems add more fluidity to the game, while a new user interface makes accessing the many facets of PES 2018 a simpler process.

Matches will be played at a more realistic pace, while a new strategic dribbling system offers greater close control, including contextual shielding to protect the ball. Similarly, simple movements of the control stick can be used to initiate shimmies designed to wrong-foot defenders. All set piece routines have also been reworked, notably the way penalty kicks are taken and a one-player kick off routine as well.

A new REAL Capture system promises true-to-life lighting across day and night games, while over 20,000 components have been recreated to recreate the turf, tunnels, and the surrounding areas of stadia such as Camp Nou and Signal Iduna Park. KONAMI’s agreements with partner teams will also see tattoos recreated on players as well.

PES 2018 also allows has ways for people to enjoy the match day experience. Full 11-Vs-11 online options and the myClub modes are joined by co-operative 2-Vs-2 and 3-Vs-3 modes with support for local guests. The much-requested ‘Random Selection’ match returns with all new content, while the Master League implements pre-season tournaments, a new transfer system and pre-match interviews and an insight to the changing rooms.

PES 2018 will be released for PlayStation 4, Xbox One, PlayStation 3 and Xbox360. The game will also be available via Steam in a version that has undergone substantial improvements in terms of aesthetics and content, ensuring the game enjoys parity with the current gen formats. 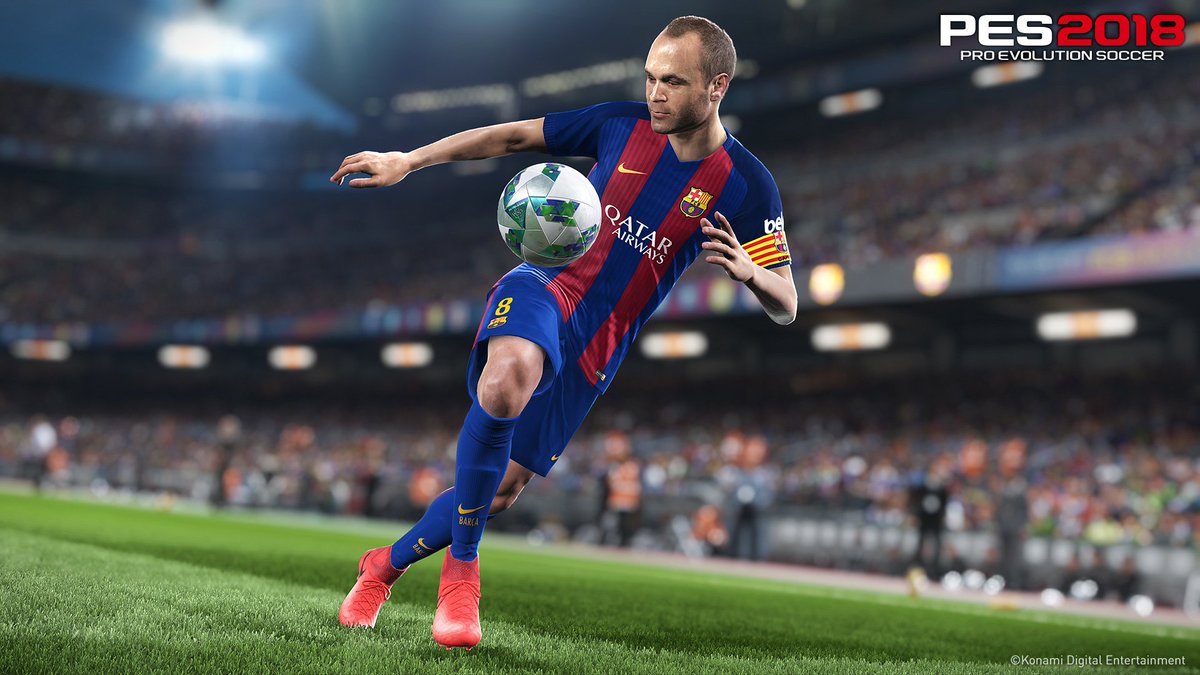 927. A Way Out
Xbox One
Related Games