EA Sports has used NHL 16 Playoff Simulation to determine that the Washington Capitals will defeat the San Jose Sharks in seven games in the 2016 Stanley Cup Final this year.

Despite falling short of their first Stanley Cup Championship, the San Jose Sharks had a memorable playoff run as they knocked off two Pacific Division rivals, the Los Angeles Kings and the Anaheim Ducks, before defeating defending Stanley Cup Champions, the Chicago Blackhawks, in the Western Conference Final.

The EA SPORTS Stanley Cup Playoff Simulation is conducted in-game using NHL 16 and real-life data from NHL players and teams. Results are simulated and determined using NHL 16 game simulations that factor in series matchups, player ratings, line combinations, and include variances such as injuries and hot streaks to give a realistic outcome of each series.

EA's NHL predictions haven't been accurate in recent years. NHL 15 was used to predict a Cup Final matchup between LA Kings and Boston Bruins - in reality, neither team managed to qualify for the playoffs. NHL 15 then predicted Anaheim Ducks to win the Stanley Cup in 2015, and although they got to the Conference Final, they were defeated by eventual champions Chicago Blackhawks.

NHL 16 is available on PlayStation 4 and Xbox One. The game is also available in The Vault for EA Access members on Xbox One. 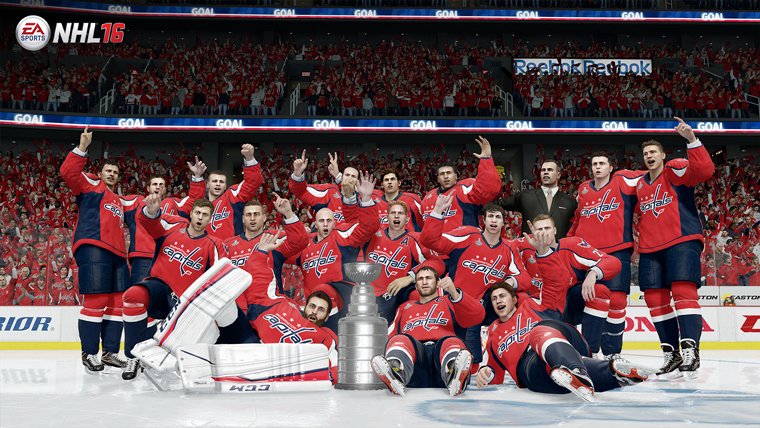