Core game free for all with some restrictions

ArenaNet have announced that Guild Wars 2 is now available to play for free. The popular MMO has sold over 5 million copies worldwide since its release in August 2012. It initially released as buy to play without a subscription model. Now players can download a fully-functioning copy at guildwars2.com for no cost.

Free players will have some restrictions on their account, in order to prevent existing players from abusing the system. These limitations include:

A comparison between the versions is available on the official Guild Wars 2 website.

Guild Wars 2: Heart of Thorns is coming on October 23, 2015. It features more end-game content like Masteries, Fractals, and raids designed for groups. The standard version is available for $50 USD. 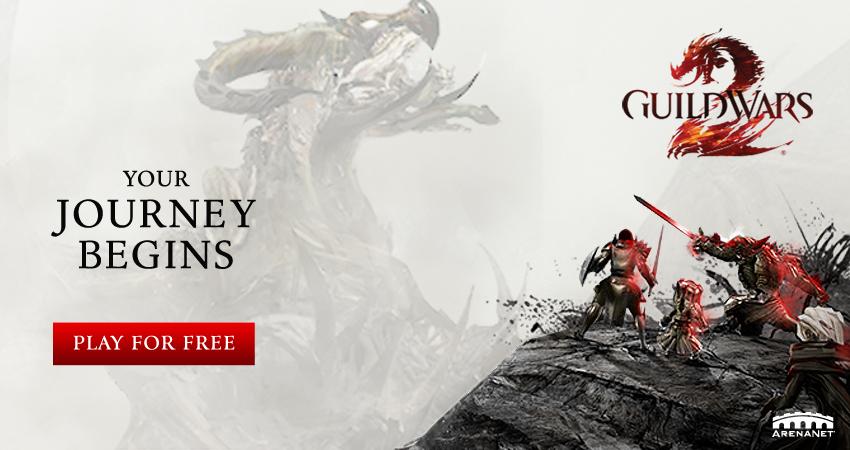 Online
There is currently 1 member and 103 guests on the website right now. Who's On?
Activity in the past 10 minutes:

Our Review of Guild Wars 2
86%
Great
The Verdict:
"A title that breaks conventions and streamlines your experience to maximize the fun. But it is still an MMO."
Game Ranking
Guild Wars 2 is ranked #96 out of 1659 total reviewed games. It is ranked #12 out of 145 games reviewed in 2012.
95. StarCraft 2: Wings of Liberty
PC
96. Guild Wars 2