Dead Rising: Case Zero is an Xbox 360-exclusive download and is available on the Xbox Live Marketplace. It helps to develop the plot towards the main game and acts as the prologue for Dead Rising 2. The story takes place three years before the events of Dead Rising 2 and involves Chuck and Katey's first large-scale adventure against the horde of zombies after escaping Las Vegas. 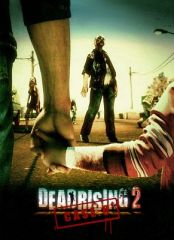