This psychopath teddy bear is out for revenge and stuffed with evil intentions. Striking terror in the hearts of all bears, Naughty Bear let’s you scare the stuffing out of your victims before you impale them on your machete. Filled with over the top cartoon violence, this one of a kind adventure game is built on an innovative AI foundation that makes this game hours of fun for gamers of all levels. Naughty Bear – a game about being naughty. 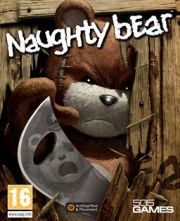