Dear Esther asks players to explore a remote island in the Scottish Hebrides, assuming the role of a troubled man piecing together the chain of events which lead to his wife’s death. Fragments of letters appear throughout the island, weaving a complex narrative of both the recent and distant past.

3. Everybody's Gone to the Rapture 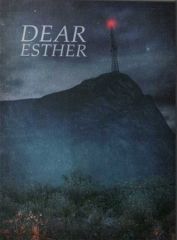