Also known as: Fable III
Fable III begins approximately five decades after the events of Fable II. The game will follow the story of the son or daughter of the Hero of Bowerstone as they help stage a rebellion against the ruler of Albion in their quest to become the new king or queen. Once the character has gained the crown of Albion, the second half of the game is spent ruling over and directing the future course of Albion. 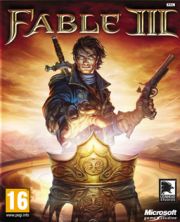