Trine is a physics-based action game where three characters allow clever solutions to challenges created by hazardous puzzles and threatening enemies. The gameplay is based on fully interactive physics, each character's different abilities and tactics can be used to invent new ways to overcome obstacles and save the kingdom.

3. Shantae and the Seven Sirens 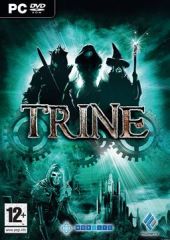 Our Review of Trine
83%
Great
Reviewed on PlayStation 3
"A good platforming game that brings alot more to the genre than the usual installments "
Game Ranking
Trine (PlayStation 3) is ranked #250 out of 1580 total reviewed games. It is ranked #14 out of 75 games reviewed in 2009.
249. Subnautica
PC
250. Trine