Puppeteer is a brand new franchise developed exclusively for PlayStation 3 by SCE JAPAN Studio. Set in a magical puppeteer’s theatre, this title will introduce you to a strange and fantastic world, where the environment is constantly changing. Players will enjoy a rich, dark fairytale where surprises lurk around every corner. 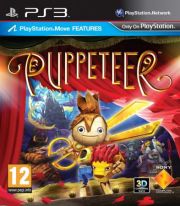 Our Review of Puppeteer
90%
Superb
The Verdict:
"Proof that running with scissors is fun after all"
Game Ranking
Puppeteer is ranked #27 out of 1841 total reviewed games. It is ranked #5 out of 158 games reviewed in 2013.
26. Dragon Age: Inquisition
PC
27. Puppeteer