The Swapper is a side-scrolling puzzle-platform video game. The player controls a person stranded on a damaged space station and looking for means to escape. To do so, they must explore the station and find orbs that are used to activate certain doors, allowing them to progress further into the game. 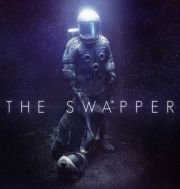 Our Review of The Swapper
90%
Superb
Reviewed on PC
"A game with fantastic puzzles and a wonderfully told story"
Game Ranking
The Swapper (PC) is ranked #29 out of 1574 total reviewed games. It is ranked #6 out of 158 games reviewed in 2013.
28. Wolfenstein: The New Order
PlayStation 4
29. The Swapper