You’ve just unlocked the door to BattleBlock Theater! There’s no turning back once you've started on your quest to free your imprisoned friends from evil technological cats! Immerse yourself in this mind bending tale of treachery as you battle your way through hundreds of levels in order to discover the puzzling truth behind BattleBlock Theater. 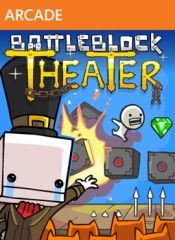 60. The Legend of Zelda: The Wind Waker HD
Wii U