Sniper: Ghost Warrior is a first-person tactical shooter that places the player in the role of a US Marine sniper tasked with aiding in the liberation of a Latin American island nation from the oppression of a dictator. Gameplay focuses on realistic sniper missions, involving stealth, control of breathing and heartbeat for increased accuracy, bullet trajectory that takes weather conditions into account and four different sniper rifles. 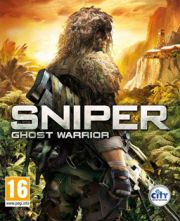