F1 2012 is designed to be the most accessible and immersive Formula One game for fans and racing game enthusiasts of all abilities. Players will feel the passion, speed and glory of the world’s most glamorous sport with a host of new features, wide-ranging technical and gameplay advancements and extensive competitive and co-operative multiplayer components. Through the inclusion of the Young Driver Test, a range of tutorials will introduce new players to Formula One racing and explain how to handle motorsport’s most exciting and responsive cars. 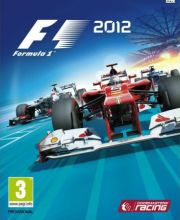