Profile
Rockstar San Diego (formerly Angel Studios) is one of the development studios under the Rockstar Games umbrella. The studio pioneered open world racing games with the Midtown Madness and the award-winning Midnight Club series. The studio also developed the RAGE engine which is used in almost all Rockstar Games including Grand Theft Auto IV. It was acquired by Take Two Interactive in November 2002.

Next Game
Cult of the Lamb 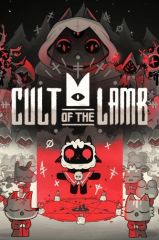 South of the Circle
8 images added 9 days ago