Castlevania: Lords of Shadow was one of the most ambitious reimagining of a classic franchise in quite some time; the game stripped away much of the original series' mechanics and mythology in order to create a wholly new 3D experience that drew references and inspiration from the 2D whip-slinging and platforming original. The reaction was divisive, with some longtime fans crying foul over the radical gameplay changes while others embraced the darker aesthetic and fleshed-out lore.

Mirror of Fate, which was originally released on the Nintendo 3DS, feels more like a compromise that attempts to bridge the two fanbases together by bringing back some of the time-tested elements of the series (namely the 2D perspective and semi-open level design) while still retaining the aesthetics from its latest reimagining. Now re-released as HD ports for both PS3 and Xbox 360, developer MercurySteam hopes to widen the audience with their spin-off title while building momentum for the upcoming Lords of Shadow 2 (which features a free demo included with Mirror of Fate HD) . 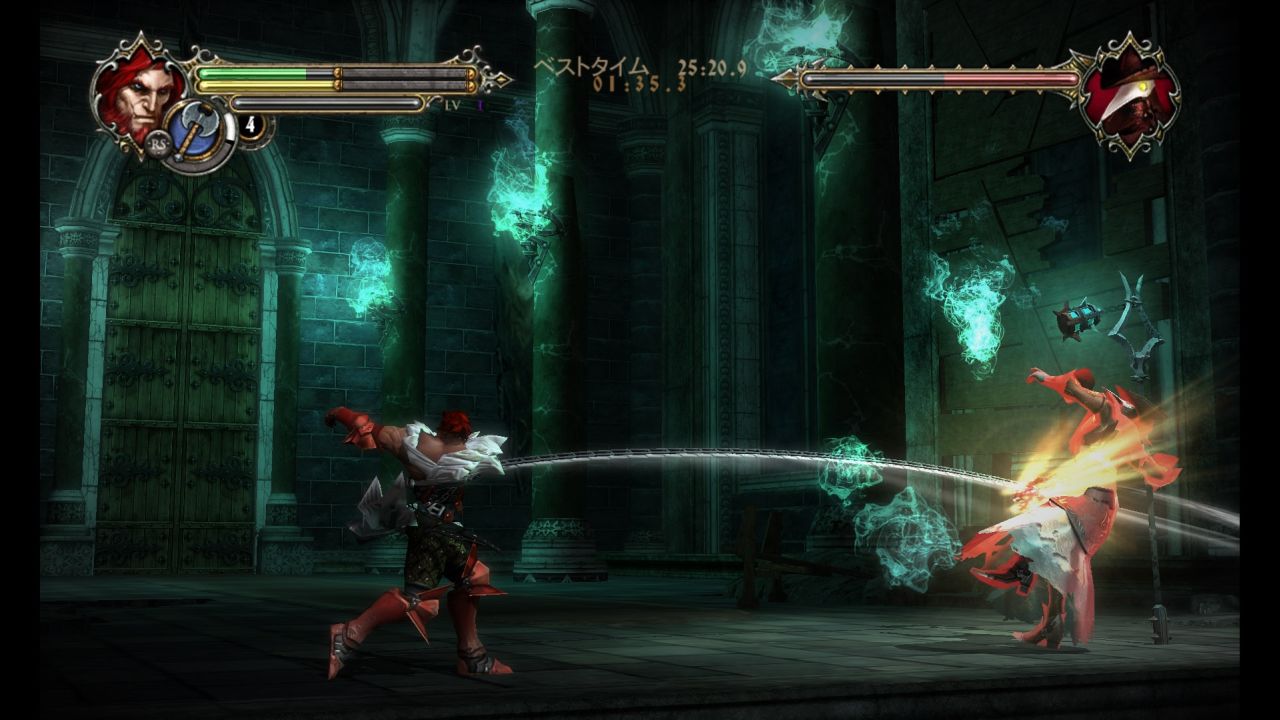 The story in Mirror of Fate immediately spoils the events from Lords of Shadow, so anyone unaware of the big twist in that game may want to skip the following paragraph: before setting off on his tragic journey, the first game's protagonist Gabriel Belmont had left behind a son named Trevor to carry on his legacy. As fate would have it, however, Gabriel would eventually succumb to his hatred and sorrow (along with a vampire's curse) and eventually become Dracula, lord of darkness and series mainstay villain. Just as Trevor set off years later to face his fallen father, he too left behind a son by the name of Simon Belmont, who narrowly avoided death while losing his mother in the process. Players begin the story with Simon for a good chunk of the narrative, but will eventually switch protagonists with longtime fan-favorite Alucard as well as Trevor, each touring a specific section of Dracula's castle at different junctures in time.

With so many familiar characters, it's clear that Mirror of Fate is meant to bring its mythology closer to the original series, while also rewriting canon to create new narrative twists to the ensemble cast. The dramatic liberties taken with these fan favorites will no doubt cause another divisive stir among gamers, but there is a commendable argument in trying something new with the (debatably) stagnant series. The story may take on some predictable turns, but it still succeeds in holding enough interest to see it through to its completion.

Unfortunately, the same cannot be said about the gameplay. On the surface, MercurySteam has brought back many of the core conventions associated with the Castlevania series, chief among them the "Metroidvania" style of level design that was first introduced in the beloved classic Symphony of the Night; the majority of the game takes place inside Dracula's castle, with several passages, doorways and other areas inaccessible without the proper item or ability. This would often encourage limited exploration around the labyrinthine castle, but never felt too limited that it would feel like forcing players to go on a specific path. 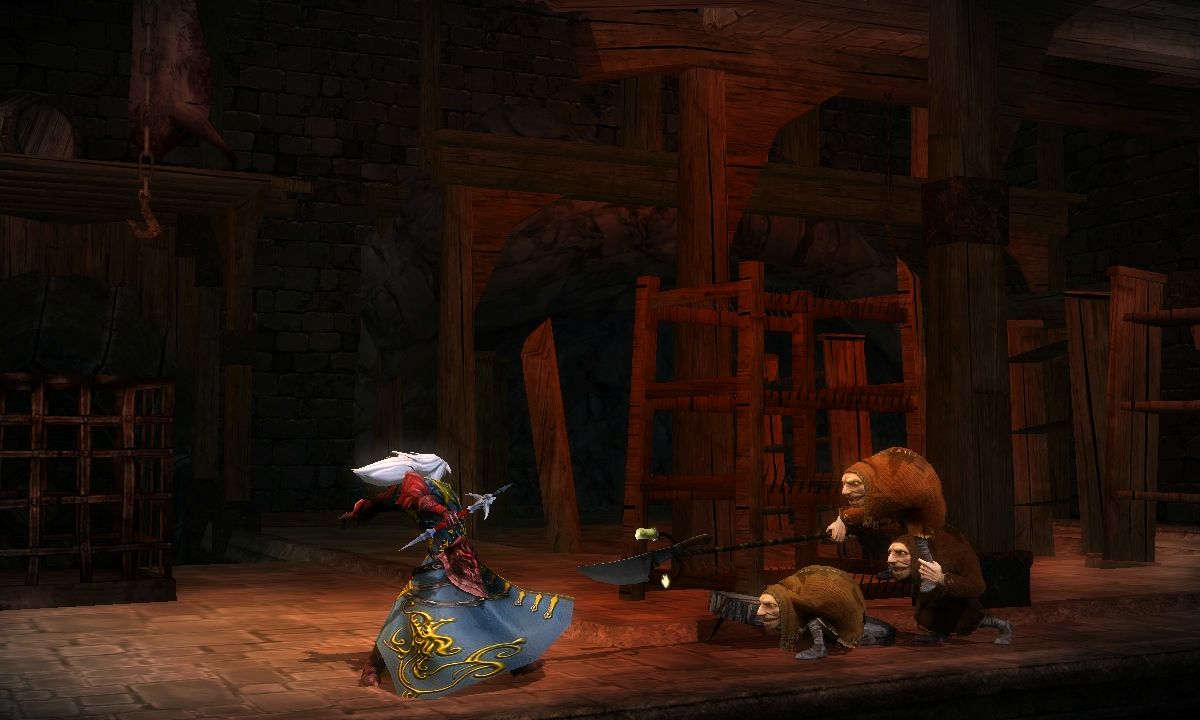 Mirror of Fate does away with any subtle level designs and instead makes every passage completely inaccessible, save for the one that is conveniently marked on your mini-map. The illusion of exploration is shoddily done in this game, making no effort to hide the phony attempt to make players believe they have any freedom at all. There are hidden chests strewn about that should be encouraging revisiting old areas, but the frequent load times and slow-paced movement dash all thoughts of deviating from the already stale main path.

Indeed, even when playing as the once-graceful Alucard, character movement is nowhere near as snappy or fluid as it was in previous Metroidvania games. The slow walking, limited move set and vulnerability (characters take fatal damage from falling at great heights) bring to mind the original Castlevania games up to Dracula X, which would be a commendable throwback if the levels weren't designed to be as sprawling as the games preceding them.

Regardless of which Castlevania camp you follow, most can agree that the Lords of Shadow combat does not translate as well on 2D as it did in its original 3D incarnation; many of the same moves are present, such as alternating between direct whip attacks and area whip attacks, parrying enemy attacks through precise guarding, and button-prompted escapes and finishers. While nothing is fundamentally broken about the combat itself, it once again feels sluggish in comparison to the older games, including the original 8-bit titles. The small bits of gameplay additions they did take from previous titles (such as the throwing ax and holy water for Simon and the wolf form and mist form for Alucard) feel like unsatisfying carbon copies. The enemy variety is also much more sparse, often pitting players against the same waves of enemies over and over again. The boss battles are also tedious, often dragging out for too long and featuring multiple stages to slog through (though on the bright side, getting killed during these battles will not force you to start the entire boss battle over again) . 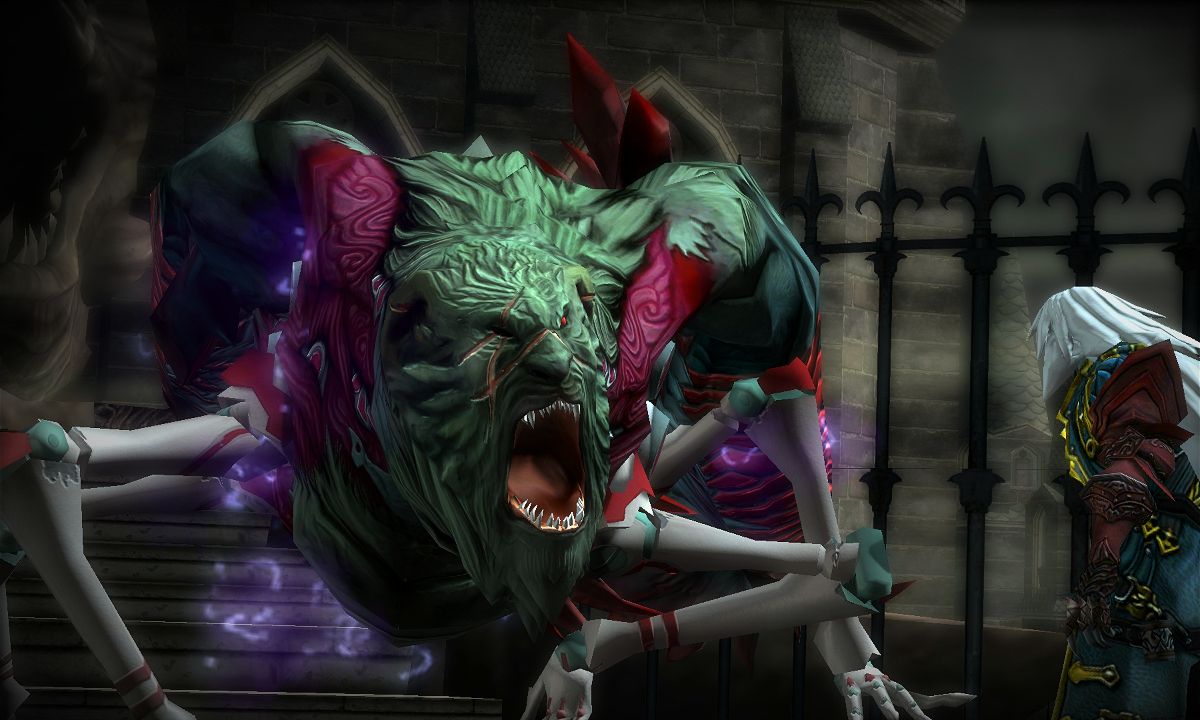 As for the visuals, the "HD" present in the title is rather dubious, as the game does not disguise itself from looking like a slightly polished handheld title. Textures are inconsistent and occasionally muddy, there is a lack of sharpness throughout the visuals, and even the picture lacks a proper widescreen format. On the upside, the framerate has improved quite a bit from the poor performing original, though there are still plenty of choppy bits strewn about. It's unfortunate that the game did not adopt the comic book-like aesthetic of its cutscenes, as it would have resulted in a dramatically better looking game.

As unfair as it may seem to compare a re-imagined title with its predecessor, it is impossible to ignore the dozens of Castlevania games that have already perfected this approach to 2D platforming and exploration years before. As an alternative, Mirror of Fate still would qualify as a decent experiment, but the arbitrary roadblocks and backtracking brings it down to only being worthwhile to anyone looking to experience more of Lords of Shadow's aesthetics and lore until the much-more anticipated sequel arrives early next year.

Our ratings for Castlevania: Mirror of Fate HD on PlayStation 3 out of 100 (Ratings FAQ)
Presentation
50
A missed opportunity in failing to incorporate the comic-style presentation of the cutscenes instead of the drab low-poly look of the actual game, though some of the splendid artwork and designs from Lords of Shadow can still be spotted here and there.
Gameplay
50
The controls from the 3D predecessor are mechanically sound in 2D, and the slow-paced movement may be appreciated from fans nostalgic on games like Prince of Persia. Beyond that, the combat and platforming is too repetitive and dull to keep anyone entertained long-term.
Single Player
40
A decent narrative is the only real hook in this inferior and cramped attempt at the Metroidvania style of gameplay made famous from this very series.
Multiplayer
NR
Nonexistent beyond leaderboards that no one will ever use.
Performance
35
Hardly qualifying as an HD port, with frequent load times (even when accessing the menu) and muddy textures.
Overall
50
Unless you're really eager to experience more of Lords of Shadow's lore and/or can't wait to try the demo for Lords of Shadow 2, there are far better Castlevania titles available at half the price. 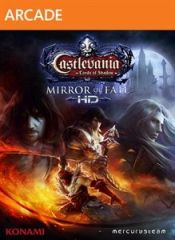