Square Enix aren’t the fastest of movers when it comes to giving us what we really want. That Final Fantasy VII remake doesn’t appear to be on its way soon and Kingdom Hearts III has only just been announced.

In the meantime though, we’re more than happy to revisit the past in their latest HD collection, Kingdom Hearts HD 1.5 Remix. Rather than just give us HD versions of the main canon PS2 games, Square are making the effort to bring players up to date with the Nintendo-only spin-offs and region-specific releases. Naturally, this leaves room for another HD collection before KHIII. 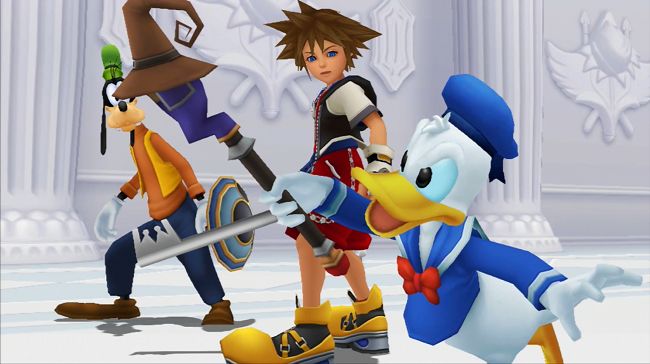 So, what’s on this disc? Kingdom Hearts: Final Mix is a HD release of the first PS2 game complete with some minor extra content (a few new enemies and items) from a version not previously released in Europe. Next is Kingdom Hearts Re: Chain of Memories (also making its European debut), an HD update of a PS2 game based on an old GameBoy Advance title, complete with a graphical overhaul to make it look like its older console brother. Finally, there’s a HD compilation movie of the cutscenes from the 3DS title, Kingdom Hearts: 358/2 Days, which may seem like a bit of a cop-out instead of porting the game over, but with around 50 hours’ worth of content on the disc already, there are no complaints about value.

If you’re yet to play Kingdom Hearts, you’re in for a treat. The story combines the worlds and characters from classic Disney films (think traditional animation rather than the Pixar era) with familiar faces from the Final Fantasy games, particularly FFVII onwards. You control new character Sora, who is thrust into a battle against The Heartless, a new enemy force that has been destroying worlds around the Disney universe.

Sora is joined throughout, by Donald Duck and Goofy. On their travels they’ll visit famous Disney worlds (or films to us), like Alice in Wonderland, Aladdin, The Nightmare Before Christmas, Winnie the Pooh, Hercules and so on. Sometimes the heroes from these films will fight by your side too. The Heartless are led by a stellar lineup of classic Disney villains including the likes of Maleficent, Hades and Jafar.

On paper, it sounded like madness, but it works incredibly well by telling a new overarching story but visiting stories that many gamers are familiar with. When visiting a Disney location, you generally get a remix of the film-story blended with interruptions from The Heartless. But there’s enough new material involving Sora’s search for his friends to keep you hooked. 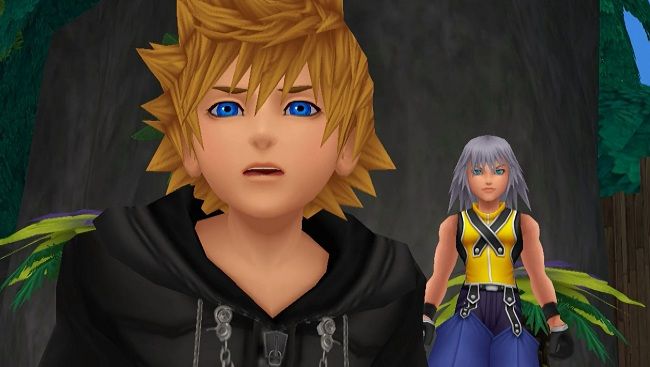 Rather than Square trying to make the combat turn-based, -as in the Final Fantasy games of the time- everything happens in real-time with a mix of melee and spell attacks. Initially, it feels limited, but as you level up, equippable skills like larger combos, dodge rolls and counters are unlocked, constantly breathing new life into combat.

Donald and Goofy fight alongside you and you can adjust some of their behaviours. Be prepared to do most of the work yourself though. Occasionally, Donald (the magic specialist) will come through and heal you when you really need it, but generally, you need to look out for number one.

Kingdom Hearts is still a great game to get lost in for hours on end. You’re never far from an upgrade or stat boost that makes a significant difference, so delaying the story for a bit of grinding is always worthwhile, plus the combat’s just fun to play.

Players of the original game may remember getting annoyed with the lack of a manual camera. Thankfully, the makeover isn’t just visual; the right stick now allows full camera control during combat. The lock-on system is still a tad unreliable and the camera likes to do its own thing during some of the platforming sections, but overall, it’s a huge improvement. 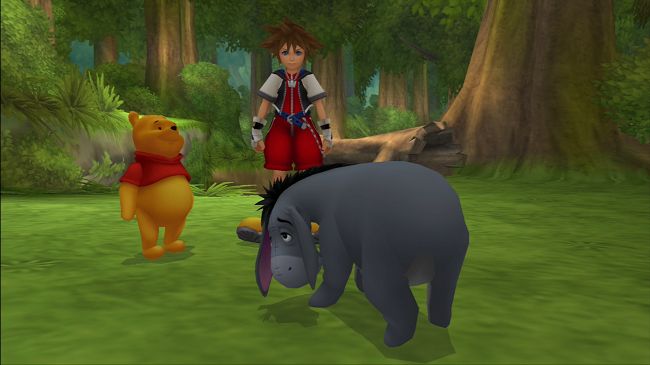 There’s no map in the game, which can be a bit disorientating (even for someone like me, who has finished the original multiple times). By today’s standards, the game does a terrible job of explaining what you doing next. More often than not, you need to enter every area of a world a few times (at least you can have some XP-grinding scraps on the way), until you randomly kick-off a cutscene by walking into the right location again.

That’s my only gripe with the game to be honest. The gameplay and story have held up incredibly well. Visually, it was a tricky one to update thanks to its cartoony visuals, but there’s no denying it looks fantastic and very much at home on modern hardware. 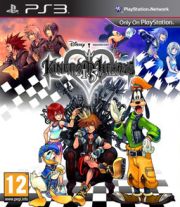