The Incredible Adventures of Van Helsing is a strong Action RPG that contrasts with notable games in the genre. It takes heavy inspiration from the Torchlight and Diablo series with modifications to fit the game lore. Players assume the role of Van Helsing Junior, son of Abraham, after he receives a call for help from Borgovia. Like his father, Van Helsing is a monster hunter, and Borgovia has been overrun by creatures and mechanical monstrosities. He adorns a wide-brimmed hat and equips pistols and swords to fell monsters throughout the land. He is accompanied by Lady Katarina, a ghostly sidekick, who offers witty retorts and monstrous abilities. Together they aim to restore peace to Borgovia. 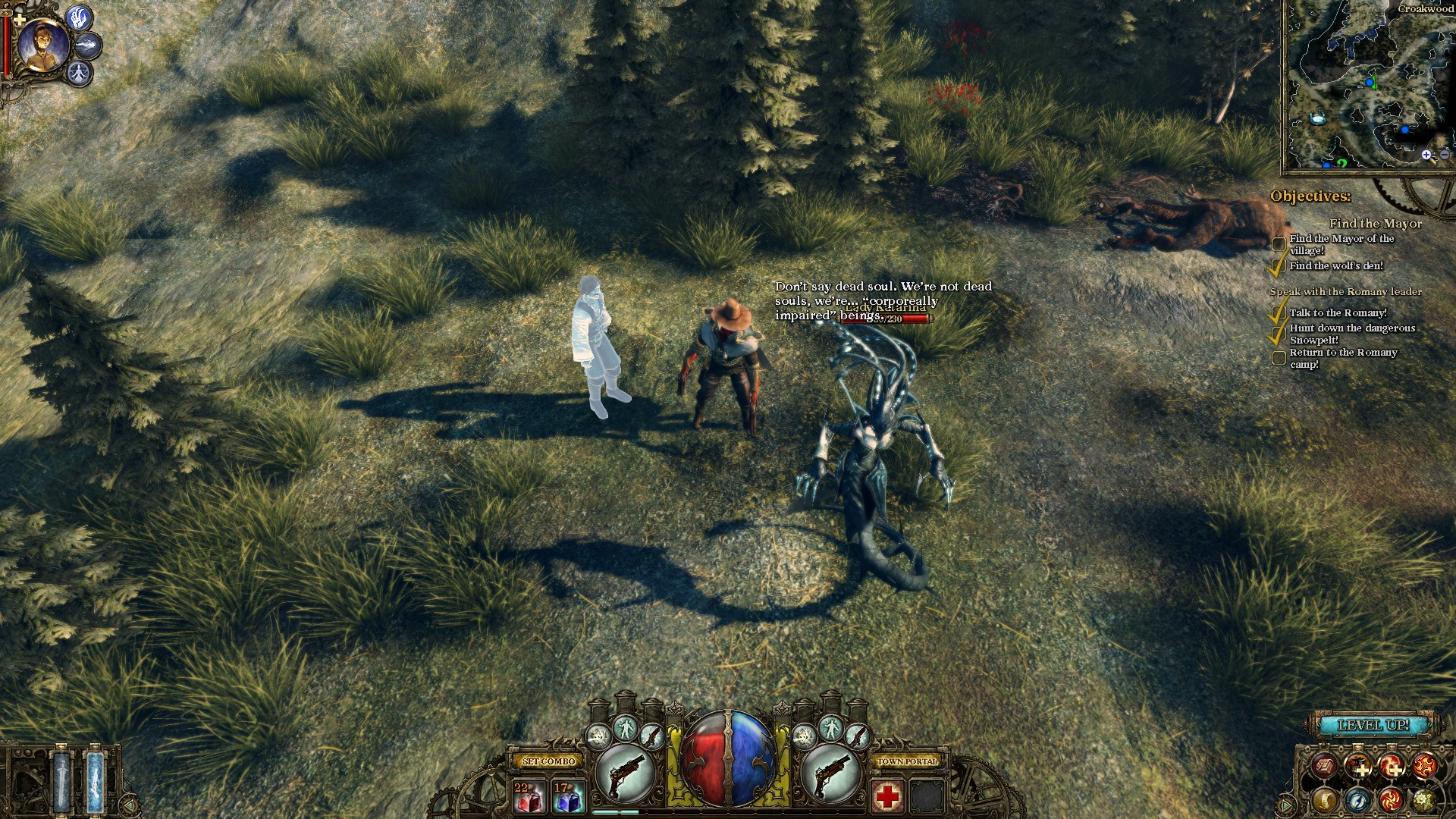 Katarina transforms into a monster when there are things to kill

The land of Borgovia is highly detailed and pleasing to the eyes. Players start their adventure within the rolling hills around Markovna. Here, the lush pine trees huddle together and werewolves hide between the foliage. You will also travel through sewers, swamps, rooftops and laboratories. The areas in Borgovia are expansive, but are not randomized. The setting takes advantage of Steampunk design with abstract machines strewn about the landscape and a gothic color palette. Van Helsing can teleport to towns using predictable Ink Gates. The supernatural dimension powering these gates is occasionally used to take players across floating boulders until they find an exit.

Monster-slaying is the focus and the supernatural enemies you face are of good variety and challenge. Rats, slugs and spiders may rush towards you with standard melee attacks. Mechanical soldiers and poison-spitting toads prefer to keep their distance with ranged attacks. One creature will run up towards you, plant a bomb at your feet, and dart away to safety. Monster animations are good, although ragdolls are stiff post mortem. There is a good mix of monster types and plenty of carnage when the action escalates.

You can use either ranged or melee attacks during combat. Damaging enemies at a distance with a pistol and finishing them off with the sword is the most basic move. Due to the proximity of enemy groups, carefully pulling one group towards you is paramount to survival. Some beasts will knock or grapple you into areas that aggravate more monsters than you bargained for. When this happens, the use of health potions or healing skills prevents a premature death. 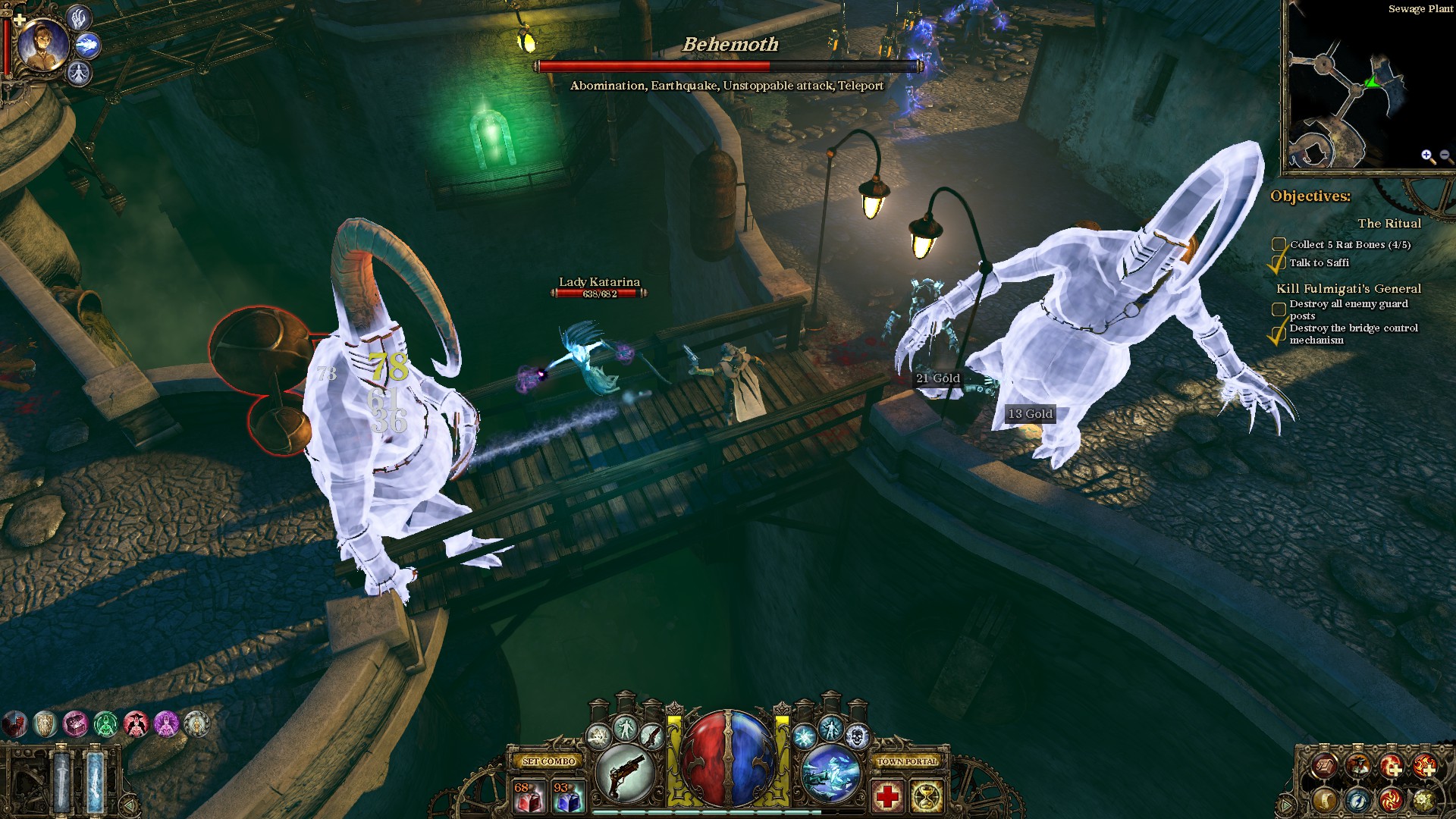 Between a rock and a Behemoth

Tricks, skills and auras help mitigate the problems when you get into heavy action. Skills are unlocked on a progressive skill-tree and can be reset for a very low fee later in the game. Skills enhance abilities over the standard sword and pistol attacks. Attacks may gain elemental damage at the cost of mana. One sword skill expels lighting that flows into nearby creatures. Auras provide passive bonuses like an increased gold drop rate. One of the best tricks actually pauses time. Once time is halted, you can prepare some damaging skills before time resumes.

Power ups are skill combinations, fueled from Rage, that maximize damage output. You could use a combination to create an exploding bullet which damages a large group of ghouls. Combinations can be set on the fly, with the number keys, or stored to the space bar for uncompromising offensive power. Defeating numerous small enemies, to maintain a high Rage pool, is crucial for offensive power. Combinations allow skill customization and healthy spikes in action. Unfortunately, you spend excessive time looking at the bottom of the screen instead of the beautifully presented action.

Function hot keys let you shuffle between skills during the heat of battle. This is essential to get the most from mana reserves and spell cool-downs. Things can get awkward when you juggle melee, ranged, health, mana, off-hand abilities and combination attacks. You might try to attack with a spell that is in the cool-down phase. The game allows you to get fairly complex with your attacks and only gets awkward when you try too much. Cycling between a few skills and using both attack types was usually enough to chew through enemies.

Quest structure is standard for the genre. Townsfolk need something killed or collected and you are the monster slayer for the job. You might need to find gemstones to place in a statue or escort a ghost back to his dead body. Van Helsing Jnr. will even collect flowers for a pretty lady in return for a magical potion. The quest design feels like the original Diablo, with delightfully hand crafted items placed in your inventory. Unfortunately the quest tempo fades towards the finale, abandoning the tasteful pacing for drudgery.

Progression becomes like treading water during the final third of the game. Similar enemy groups, like Electric Werewolves, are spaced evenly throughout bland, open levels. These tightly packed areas are a chore to get through. The game is not hard on normal, but it feels artificially padded near the end. If you prefer to clear a level, bring a snack. Running backwards minimizes danger when taking on enemies, but further exacerbates the feeling of stagnation. These lengthy, padded sections should have been compressed or interlaced with quests and puzzles. 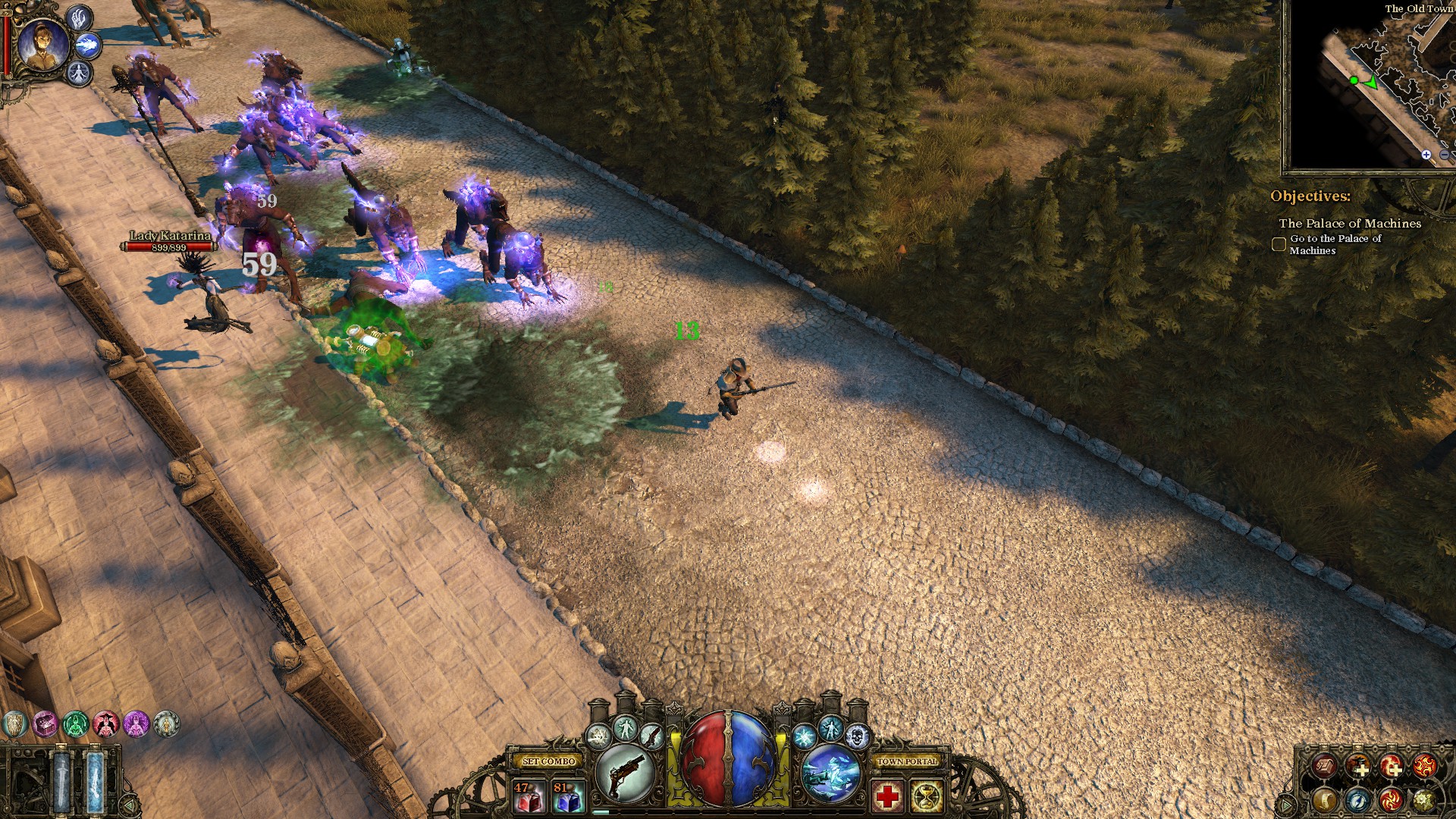 Lady Katarina is a ghostly companion who battles foes, collects items and makes jokes. She was bound to the Van Helsing family years ago when Abraham Van Helsing rescued her. She begrudgingly follows your orders, but enjoys the thrill of combat. You can give her specific orders; like engaging at range or focusing on the target you are attacking. She can even collect gold and items post battle, should you tire of collecting the spoils of war. You can continue to explore the world while she sells unneeded items back in town. Katarina is almost the perfect combination of companion from Diablo and pet from Torchlight.

The Incredible Adventures of Van Helsing 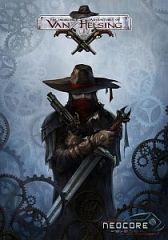