A recommended strategy game that gets slightly less enjoyable over time

How do you think the world was created? I’ll tell you: Four hulking giants terraformed the land and placed all the natural resources for us to use up. We just haven’t seen them for a while because they’re sleeping; soon they’ll wake up again and do some tinkering. Reus is a strategy based god-game from new Dutch developer Abbey Games (Reus means giant in Dutch). In it, you take control of these four giants and work to create a balanced and efficient planet.

Each of the giants is focused around a certain aspect of nature to help you do this. The Ocean Giant, a huge crab-like creature, creates oceans by pounding the ground inwards and filling it with water. The Forest Giant springs sprawling forests from the ground instantly, but only if they are near the nutritious waters of an ocean. The Swamp Giant creates murky, muddy swamps, but again, they have to be near water. The Rock Giant gathers the land into tall mountains, creating deserts all around it. You can already see how you must plan out your planet, making use of the interplay between each giant, but it goes a lot deeper than that. 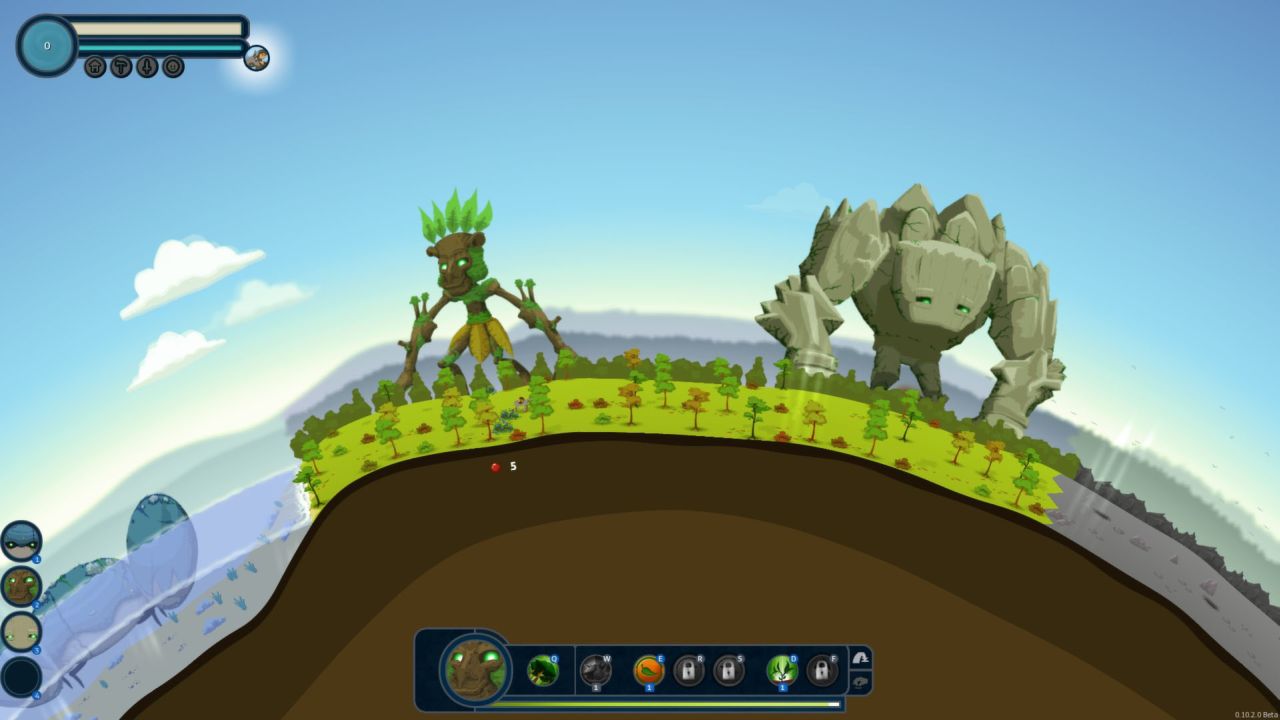 When you begin and your giants awaken, there is nothing. The world is a flat wasteland, waiting for your masterful touch. You can view the entire world, or zoom in to specific areas on the surface. Your first goal is to get some of the few humans that inhabit the planet to settle a village. They will only settle a village near natural resources such as animals, plants and ore, and natural resources can’t be placed on the wasteland, so you will have to bring in a giant to give you some help. First you will have to decide what kind of village you would like to be settled. There are three different types of resource which add to the planet’s “Prosperity”. Forests have rich, bountiful land, and are a good place to found a village based around Food. Swamps are good places to research the weird and wonderful herbs and exciting minerals found there, so are good for Technology. Desert areas around mountains are fairly barren, but are good for building villages centered around Wealth thanks to rich mineral deposits.

Food, Technology and Wealth all add to your total Prosperity, which is your overall score in essence. Prosperity is important, as it will determine what unlocks you receive at the end of each Era. An Era is basically a compartmentalized level. At the start of the game, the planet gathers all of its strength to summon the giants from their slumber. However, giants are sleepy beasts, and will soon fall asleep again. To begin with, you will only have half an hour of real world time to get your prosperity as high as possible before the Era ends and the giants go back to their rest. When the Era is over, you receive rewards based on what you have accomplished. For example you might have achieved an overall Prosperity of five hundred, or you might have a desert village with an individual Prosperity of one hundred and fifty, or you might have a prosperous village which only used animals and minerals. Once you unlock enough, you can progress onto the next tier of accomplishments, which also increases the time your giants can awaken for to sixty minutes, and eventually ninety minutes. 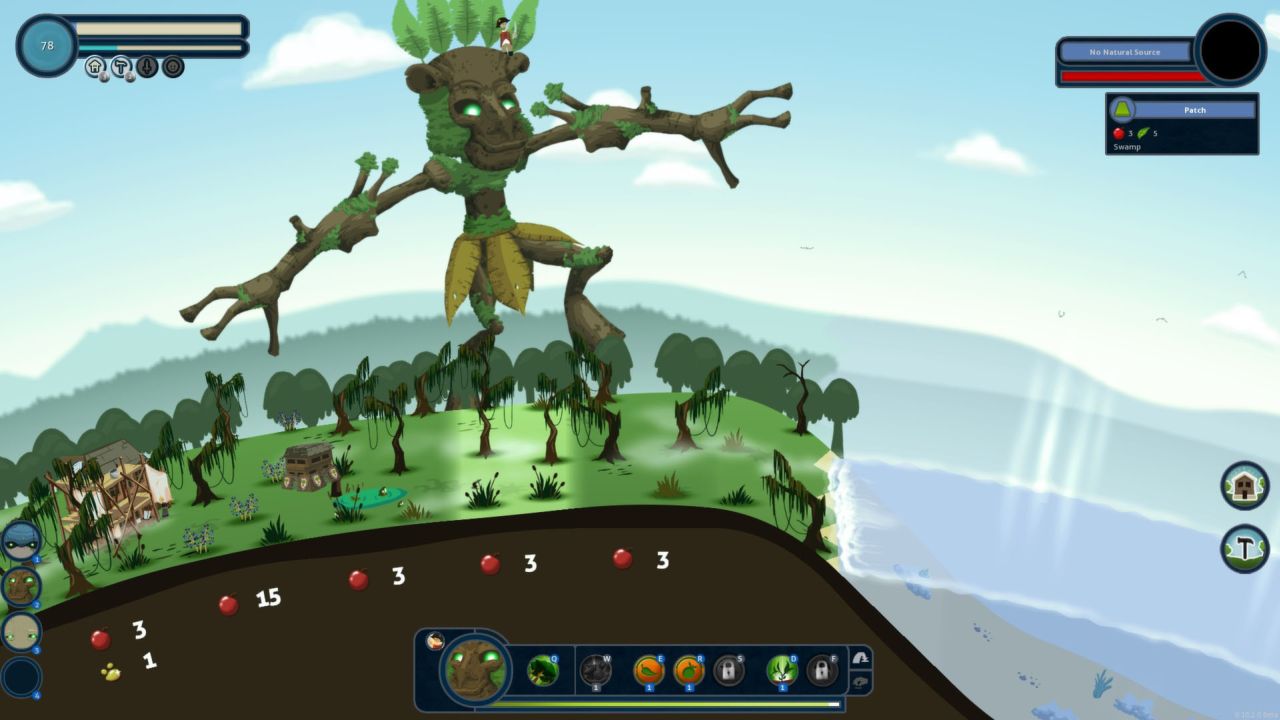 In the main game mode, you have to start again whenever you start a new era. There is a separate free play mode where you can keep going for as long as you want, but you won’t progress through the unlocks. This did feel a little limiting, especially as the difficulty of the unlocks increased. The game is beautifully paced however. At the start of an era, it is incredibly relaxing just to send your giants around, shaping the earth and placing resources. Being giants, they lumber around at a slow pace, so you have plenty of time to zoom around the world and see what each of your villages is doing. The game looks really nice in a cartoony sort of way, accompanied by some good ambient audio. As the era progresses, micromanaging what is going on around the planet becomes more and more important. Every now and then a village will begin a project, like building a granary, or a bank, and to complete the project, they must have a certain number of resources. Each village is bound by borders though, and it takes a long time for them to expand, and even then it’s not by much.

This is where the strategy element comes in. Each resource you place has a “Symbiosis”, which gives a bonus when it is near specific other resources. For example, for basic food, if some strawberries are next to another patch of strawberries, they provide extra food. Iguanas provide extra wealth if they are able to run around on mineral patches nearby. The limited space you have means micromanaging each patch, trying to squeeze everything possible out of it. Once a project is completed, a village ambassador will want to climb onto the back of one of your giants, which grant the giant a new ability. These aspects are used to improve the land. For example, you can upgrade an agate mineral patch into one providing topaz for more wealth, or you can turn some mackerel into seabass for more food. 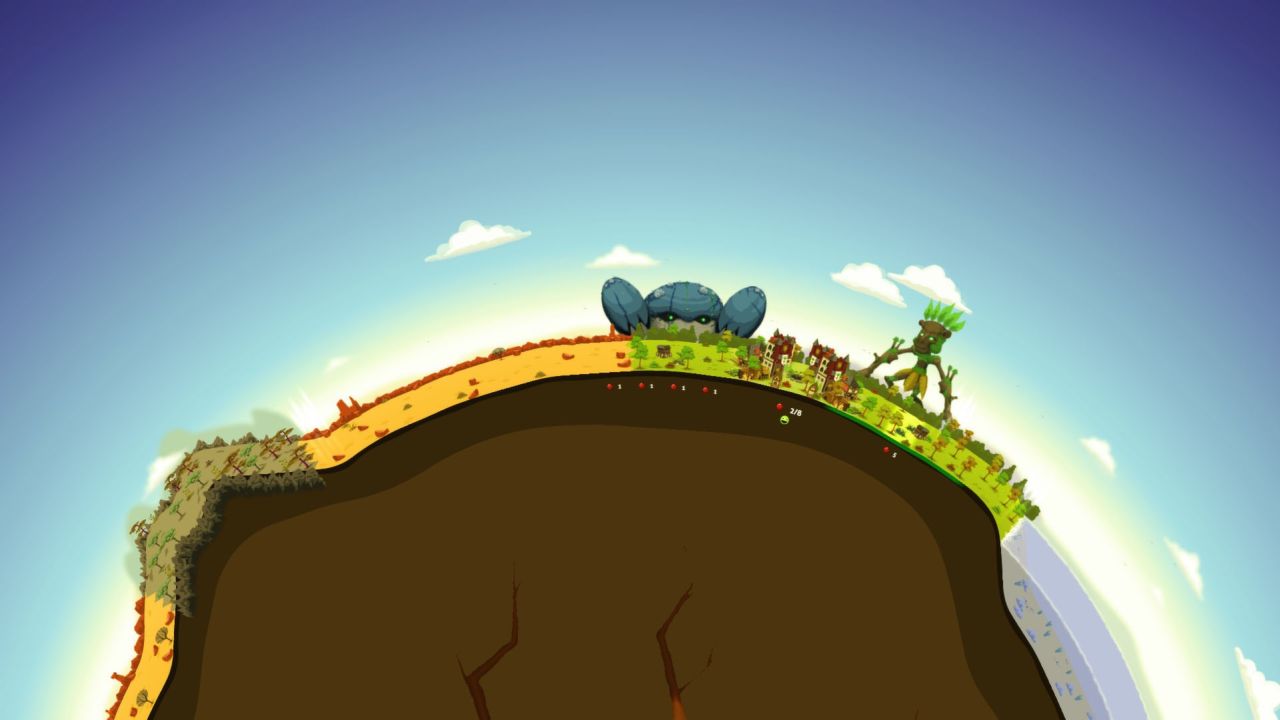 New projects crop up over time, becoming progressively more difficult. The higher levels seem to intentionally ask for high amounts of resources that your village simply hasn’t been specializing in up until that point. In order to complete the new project, I found myself having to completely overwrite the resources I had placed. Having to tear down everything I had created and start again never took that long, but it did feel like a shame to leave behind everything I had worked on. After a few eras, you will generally find a decent build order that works for you, allowing you to maximise your prosperity fairly quickly. This is not to say it becomes especially boring, but it certainly takes the fun out of the early game when you are just repeating what you have done previously. There are dozens and dozens of resources, and seemingly hundreds of combinations, but some definitely seem more useful than others. You will unlock more as you play, and you can see what is coming up from the unlock screen.

Reus is a good little game. The visuals are endearingly cute, it runs really smoothly, and although they are lumbering giants, they look like the friendliest things in the world. I enjoyed the first several playthroughs, unlocking new resources and projects at a good pace, but as the challenges became harder, the game became slightly less enjoyable. That said, the amount of enjoyment I got out of Reus is certainly worth the price.

Our ratings for Reus on PC out of 100 (Ratings FAQ)
Presentation
80
The graphics are simple but it’s a lovely game to look at. As you zoom in the visuals become more detailed and you will be able to see your villagers at work.
Gameplay
78
For the first few playthroughs, the gameplay is fairly unique, but as you become more accustomed to the various symbioses, it becomes less interesting.
Single Player
78
It’s easy to jump into and complete a quick game thanks to the short time limit in the main game mode. Simple to learn, tricky to master.
Multiplayer
NR
None
Performance
(Show PC Specs)
CPU: Intel Core i5-3470
GPU: AMD Radeon HD 7800
RAM: 8GB RAM
OS: Windows 8 Professional

85
Its simplicity means that the game ran really well for me, and should be fine on most hardware.
Overall
79
Reus is at its best when enjoyed at a slow pace. As the level of challenge increases, so to does the rate at which you have to think about your decisions. I would recommend the game, but the enjoyment I got from it did not last as long as I had hoped. 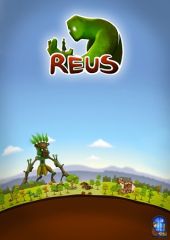