What do you get when you merge M.C.Escher with Zen philosophy and make a third person puzzler out of it?

My first experience with Antichamber came when I played the demo of it at Pax Prime. I’d heard of the title, and the indie developer behind it, and thought I’d give it ten minutes of my time. Those ten minutes left me excited, confused, and with just the tiniest bit of a headache. The first thing anybody notices about Antichamber is also the defining quality of the game: in Antichamber, space is weird. Really weird. Antichamber’s flagship quality is the fact that the environment is non-Euclidean. Insides might be bigger than outsides. A straight path might take longer than a detour. Travelling in one direction might get you right back to where you started, while running around in a circle might take you someplace new. It means that players finally have a chance to crawl into an M.C. Escher picture.

Into this bizarre world of conflicting dimensions and “ex-logic” the player is dropped with no narrative or story to get in the way of things: simply the wonderfully unintuitive environment to enjoy. The world is mostly pure whites and blacks, which is nothing new for the first-person puzzler, but Antichamber also keeps a distinctive ‘sketchy’ feel to the lines in the game, and expertly uses primary colors not only to decorate, but also to train the player in mechanics. 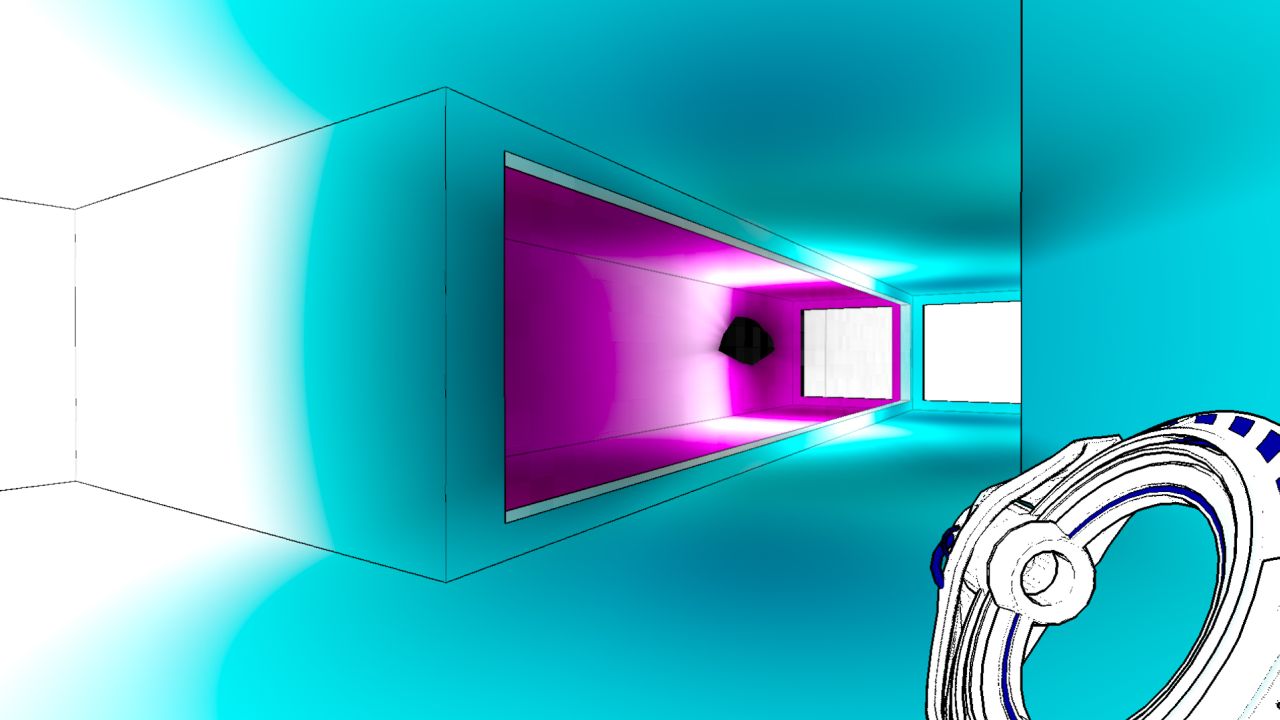 All the cute environment tricks in the world won’t help your game if its puzzling isn’t strong, and I’m delighted to say that the creators of Antichamber seem very aware of this fact. The puzzling in Antichamber goes above and beyond the call of duty. As with most third-person puzzlers, the goal in every puzzle here is simply to continue, to unlock doors or escape rooms so as to open up new pathways. There’s a wonderful variety of puzzle types here, some using basic environment interaction like buttons and keyholes, and some using your trusty “block-moving gun” which you acquire early in your journey.

The game includes excellent touches that give the puzzling great character and unity. Perhaps most important is the fact that the game menu is itself the central hub room of the game, where every instruction and gameplay option is printed on the walls. When combined with the non-Euclidean nature of the world, where normal gamer mapping logic doesn’t apply, the result is that the entire game feels like a smooth experience, as if it should be called “The Antichamber” instead. Next to each puzzle is an illustrated sign that includes a fortune-cookie piece of advice. Both the picture and the advice usually give a very slight hint towards the solution of the puzzle, and they simultaneously act as achievement markers, since each picture is displayed in the hub room as you finish the puzzle. The genius here cannot be overstated: Antichamber has paradoxically managed to have all the benefits of a linear puzzle game with none of the downsides. The inward-circling hallways direct you to puzzles you haven’t yet completed. The menu-within-the-game interface keeps the player within the experience and makes the entire game feel like a single, unified puzzle, rather than another checklist of jobs to get done. 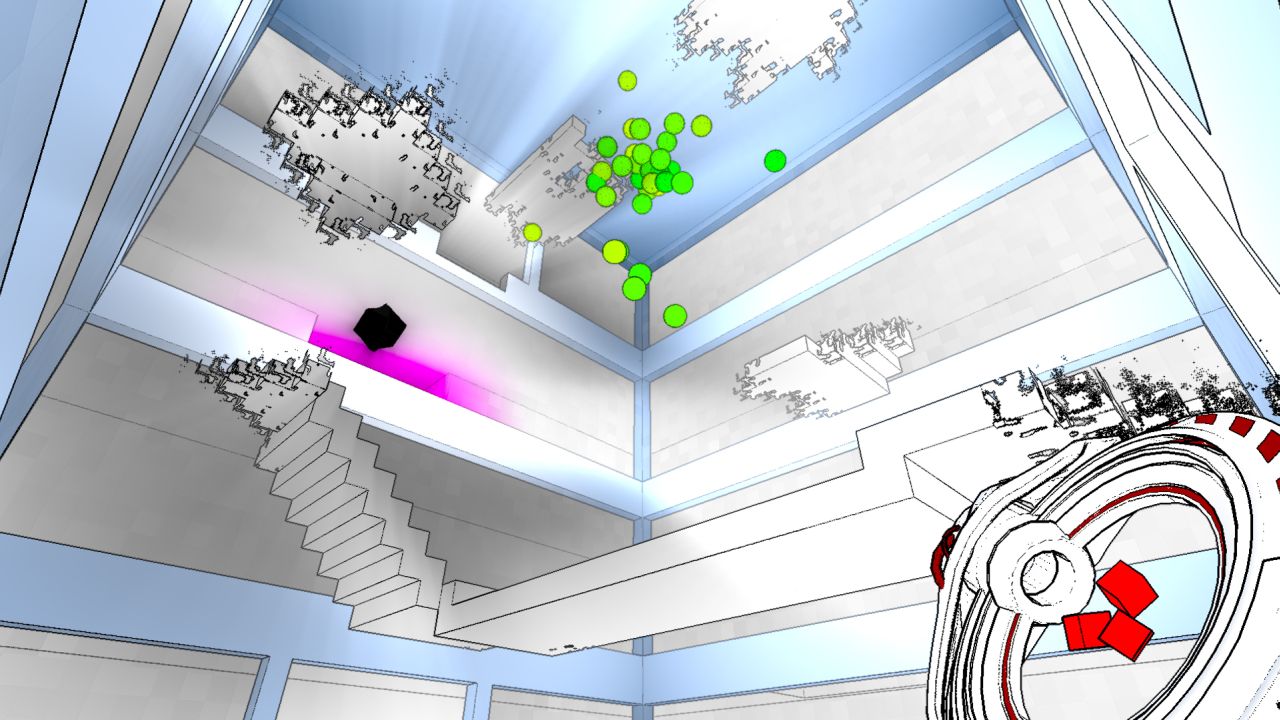 Perhaps best of all, Antichamber includes its own difficulty manager by encouraging (and sometimes requiring) players to exit back to the ‘starting room’ of the game, where he or she can ‘teleport’ to any unsolved puzzle. This means that if you get stuck on one puzzle, you can quickly leave it and continue making progress in other areas. But the real gamechanger is the fact that Antichamber is something of a level-based puzzler; as you complete puzzles and unlock new paths, your puzzle-solving gun can become upgraded with new abilities. While some puzzles are obviously meant to be blockers which require a particular upgrade to solve, others simply become much easier with upgrades, or can only be solved in part with a low-level gun. The result is that whenever you get an upgrade to your gun, you can eagerly run to specific puzzles that so greatly annoyed you before and use your newfound powers to turn a headache into a piece of cake.

I could stop here and simply pass the game off as a very solid puzzler, but it gets much better than that. Antichamber very wisely includes a few ‘meta-puzzles’, where the goal seems to be to ‘solve’ the game itself, rather than simply every mini-puzzle within the game. The most obvious of these is a ninety-minute countdown timer which is always visible in the hub room, but there are other aspects that will have you scratching your head and asking not just “How do I solve this puzzle?” but also “What is the puzzle that I’m supposed to solve?” Best of all, Antichamber’s structure itself makes for an extremely well-crafted experience. It builds to a ‘climax puzzle’, and includes what has become something of a hallmark in excellent games: a gameplay epilogue, where the environment and gameplay greatly change and simplify, giving closure to the entire journey and avoiding the abrupt “final-boss-and-then-credits” ending that most games are content with. 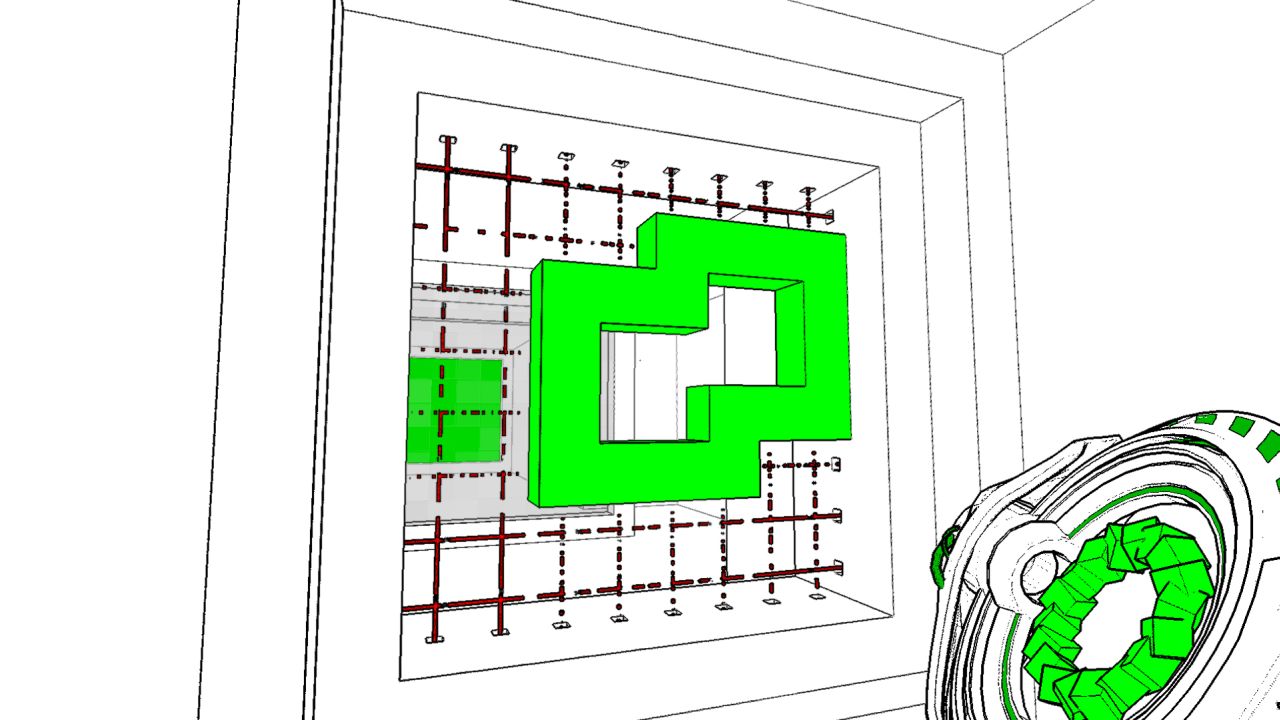 Both the sound and music in Antichamber are appropriately clean and synthetic, nicely reflecting the world they bring to life. However, at appropriate times, they also include hints at Oriental natural settings, with chimes, whistles, and most importantly: water sounds. This may seem simple, but from an aesthetic standpoint, it was a brilliant move, because it invokes images of nature while still being presented in a clean, white environment. The overall effect is that the Antichamber has the mood of a medieval monastery, or a Japanese garden, a special place set aside for contemplation and mental exercise. This builds on the contemplative hints given for each puzzle, and has the effect of making the player feel as if there’s something drastically important to learn from what they see in the game.

It’s too the game’s great credit that the only real complaint to level against the game is a minor one, namely, the Easter eggs which are hidden in the game. Certain tricky puzzles will lead you to galleries of behind-the-scenes pictures and concept work from the production of the game. On its face it doesn’t sound like a bad idea, but in practice these act as a harsh breaking of the environment: suddenly instead of being in a fascinating alternate universe, the player is forcefully reminded that they’re simply in a game that somebody spent time building. This isn’t to denigrate all the hard work done by Alexander Bruce, the game’s creator: obviously, it’s nice to see some of the inner workings behind the creation of the world. However, Antichamber is a game that, more than other, relies on the minimalism and other-worldliness of it’s environment, and having the creator lift the ceiling and wave hello now and then serves more as a distraction than a reward. 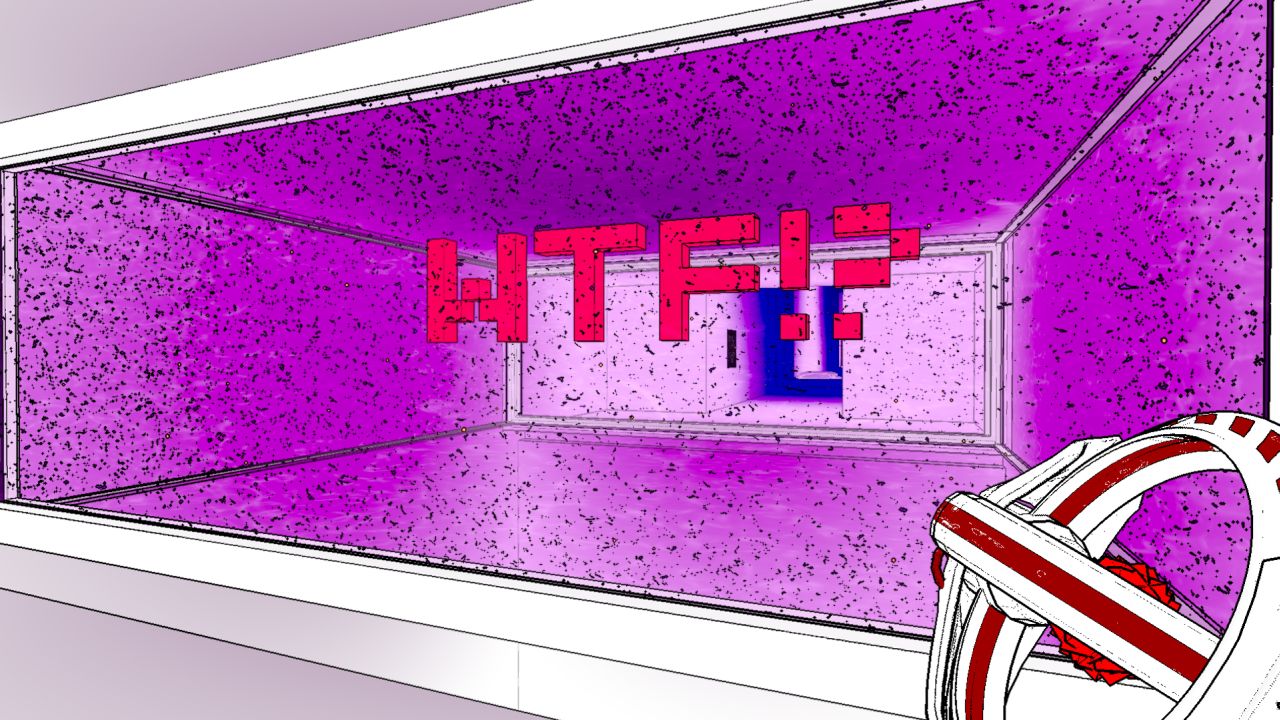 What really sets Antichamber apart from other third person puzzlers is how absolutely it takes advantage of its medium to provide a unique and exciting experience. Obviously, it is only in the realm of computer environments that a non-Euclidean space can be realized. However, Antichamber goes beyond this by synthesizing this brave new world perfectly with hidden aspects of Zen philosophy. In every sense, Antichamber is excellently crafted and balanced. It’s a challenging and entertaining trip, but more importantly, it’s an inspiring and entrancing one as well. Even at such an early stage, I have a sneaking suspicion that Antichamber will be one of the best games to come out this year.

Our ratings for Antichamber on PC out of 100 (Ratings FAQ)
Presentation
88
Visuals, sound, and menus are perfectly crafted and coalesce to form a single coherent experience.
Gameplay
94
The puzzling is constantly interesting and offers players a wide variety of options. Puzzles build in interesting combinations of mechanics and concepts, and focus in on fun leaps of logic and deduction.
Single Player
92
Although the game has no narrative, it is exquisitely structured to provide not only an entertaining experience, but an insightful and meaningful journey.
Multiplayer
NR
None
Performance
85
Only when deliberately exploiting the weird spatial properties of the world could I get the FPS to drop slightly.
Overall
91
One of the best puzzlers on the market. Antichamber's synthesis of gameplay, environment, and philosophy make it a landmark in quality that deserves special notice and attention. 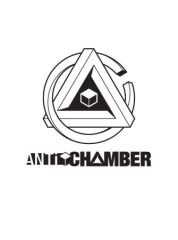 Our Review of Antichamber
91%
Superb
The Verdict:
"What do you get when you merge M.C.Escher with Zen philosophy and make a third person puzzler out of it?"
Game Ranking
Antichamber is ranked #15 out of 1838 total reviewed games. It is ranked #3 out of 158 games reviewed in 2013.
14. Witcher 3
PC
15. Antichamber