This music game provides good entertainment value for your money

Every now and then a new game comes around that lets you input your own music, and experience it using various game mechanics. Symphony is one such game, a 2D shooter from developer Empty Clip Studios. It is a game in the same vein as Beat Hazard, in that you control a ship and must fight off enemy ships and other obstacles. Something which Symphony has that many other music based games do not, is a semblance of a storyline. Your music is under attack from evil forces, and you must liberate it by defeating bosses which will crop up randomly while you are playing.

The first thing you will notice is how striking the game looks. Lots of straight lines and bright colours, with your ship and the surroundings seemingly drenched in neon, contrasting with the dark background. When a boss appears, which happens randomly once every few songs, the screen goes dark and a pair of narrow red eyes appears over the action momentarily. It all looks very cool, and if you have chosen a particularly fitting song, it feels even better. 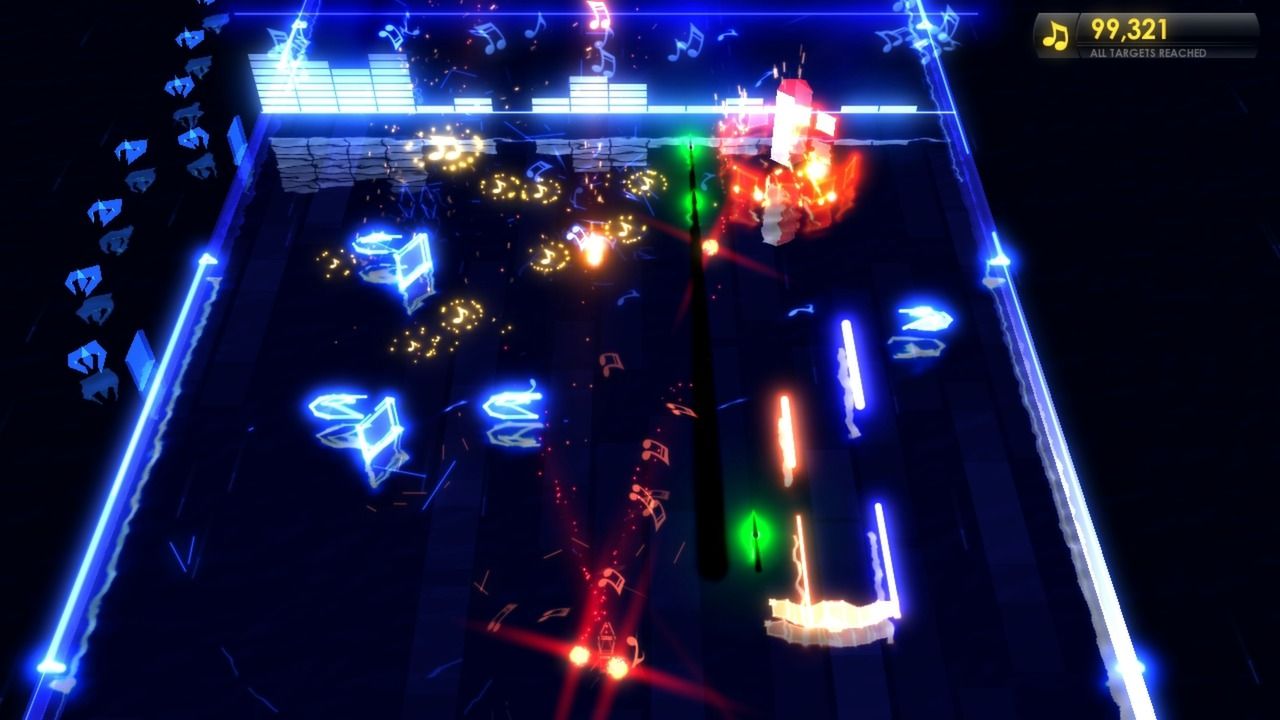 Another thing that sets Symphony apart from Beat Hazard and the like, is the ability to customise your ship. To begin with, the ship is fitted with four basic cannons. As you progress through each song, you will unlock random new weapons, or upgrades for your existing ones. Some fire lasers, others rockets, while some weapons may need to be charged up before use. You can also choose which way the weapons face, so you could fan out the trajectories to cover a wider area, or have them all pointing forwards to focus your firepower. You might even have some weapons facing backwards, as during hectic shootouts, the enemy ships will follow patterns all around the screen.

Weapons have different fire modes, and can be assigned to different mouse buttons. Many of them have auto-fire modes, some are passive, while some only respond to your music. I never found a downside to having all of my weapons firing constantly though, so I just stuck to having auto-firing weapons on all the time. This left me to concentrate on my positioning and avoiding obstacles and enemy ships and their shots, as I knew that anything in front of me, and often behind me, would be caught in my fire. 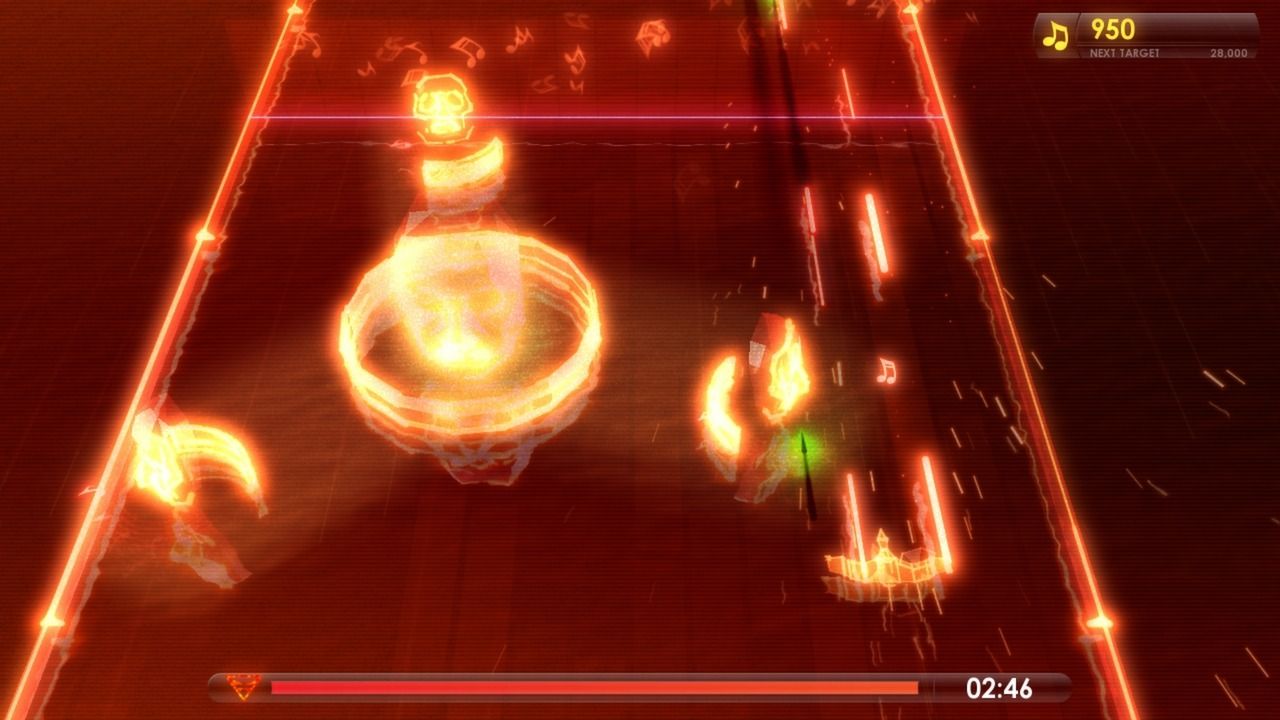 The story is minimal, but the main focus of the game is to let you play your music. Just like Audiosurf and similar games, Symphony will scan your hard drive for music files, and then analyse them when you want to play them. In the faster paced sections of your songs, the action on screen will be more frantic. More waves of enemies will spawn, and fire shots more often. If you come into contact with an enemy ship, you will become damaged, usually resulting in the malfunctioning of one of your weapons. Take enough damage and you will recapitulate, having lost some points. Enemy weapons are designed to instantly destroy your ship, so avoid projectiles at all costs. You might be tempted to hide out in one corner of the screen and shoot wildly until the end of the song, but the game rewards you for being more adventurous. Destroyed ships leave behind pickups which contribute to your score, and you will also find power ups which increase your damage. Combo chains are created by destroying wave after wave of enemies, so you have to avoid leaving enemies alive if possible.

For the most part, the gameplay is functional, and the promise of new weapons and story progression is enough to keep you going. Boss battles usually consist of a more powerful enemy with shields and different movement patterns, but they never became too hard. Each boss you defeat contributes more to the “Symphony of Souls”, which is needed to finally liberate the music, and free the composers that demons have enslaved. The premise is a little cheesy, but it is nice to have something of substance there to stop it from becoming a game that you only ever play for ten minutes when the feeling takes you. Once you have found a weapon setup that works for you, the game does get a bit repetitive. New weapons come and go, but I found myself always reverting to my standard four, and the upgrades you unlock for them become barely noticeable. 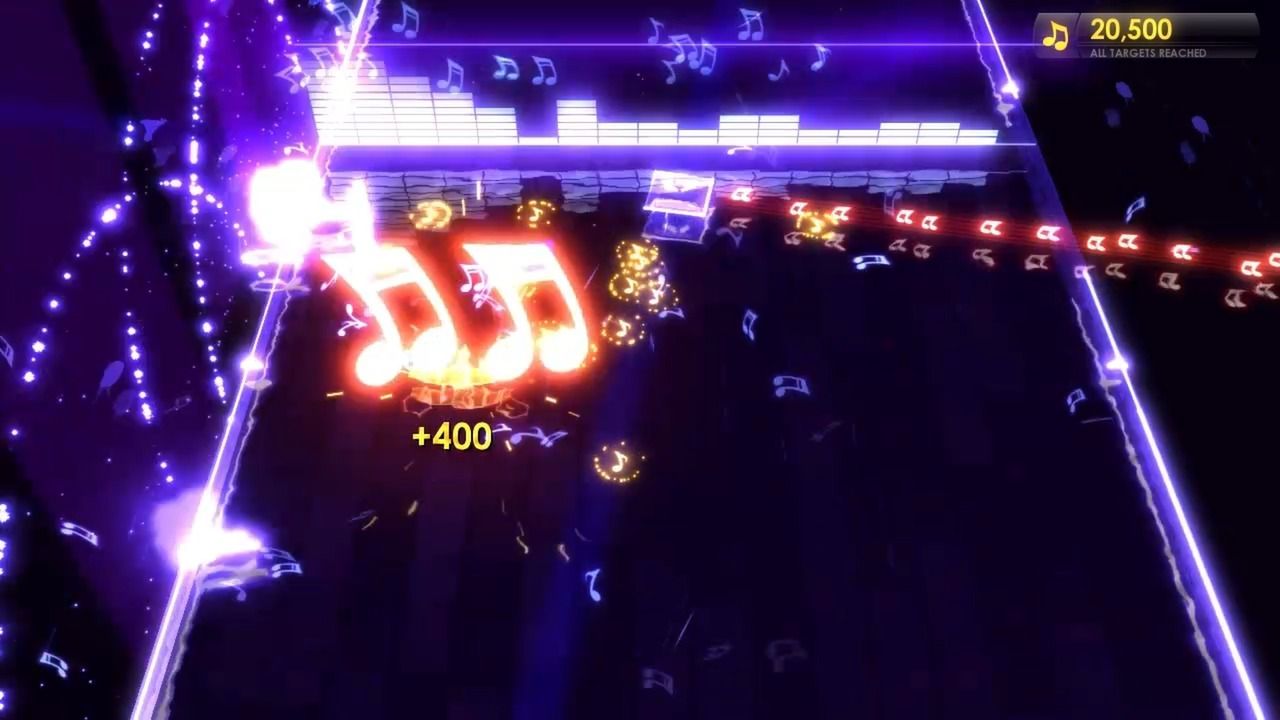 Symphony builds on the foundation of ideas introduced in other music games, and adds in some of its own features. It does suffer from the same downfalls as all of these other games though, which is that it really feels like a toy that you can play around with, more than a game. The aesthetic is really nice, and the gameplay is functional, if repetitive. As a budget game though, you will certainly get some good entertainment value for your money.

Our ratings for Symphony on PC out of 100 (Ratings FAQ)
Presentation
80
Really slick looking visuals, with the ability to use your own music.
Gameplay
65
Functional shooting enhanced by being able to customise your ship.
Single Player
70
There is a semblance of a story, but it never intrigues enough to keep you playing for any extended period.
Multiplayer
NR
None
Performance
(Show PC Specs)
CPU: Intel i5-3470 @ 3.2GHz
GPU: AMD Radeon HD 7800
RAM: 8GB RAM
OS: Windows 8 Professional

85
Good frame rate even in the most frantic parts of songs.
Overall
71
Another entertaining music based game which loses some of its appeal after a few hours. 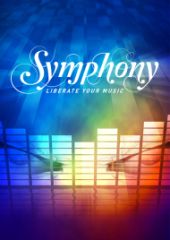