Placing Natural Selection 2 into a single genre is impossible. This is a game that blends team-based first person shooting and first-person slashing and biting with a dash of real-time strategy into a single cohesive mode. Such a disparate collection of gameplay elements seems highly prone to imbalance and failure, but somehow, the team at Unknown Worlds has stitched everything together seamlessly creating one of the most compelling and varied asymmetrical multiplayer games since Left 4 Dead 2. Whether you are creeping nervously through the halls of a dark mining complex while listening to the scuttling of aliens in the vents above, lying in wait on the ceiling above an entrance through which you know some marines will soon go through, or co-ordinating the efforts of your entire team, Natural Selection 2 is a tense, polished and highly entertaining experience, assuming your team is actually working together. 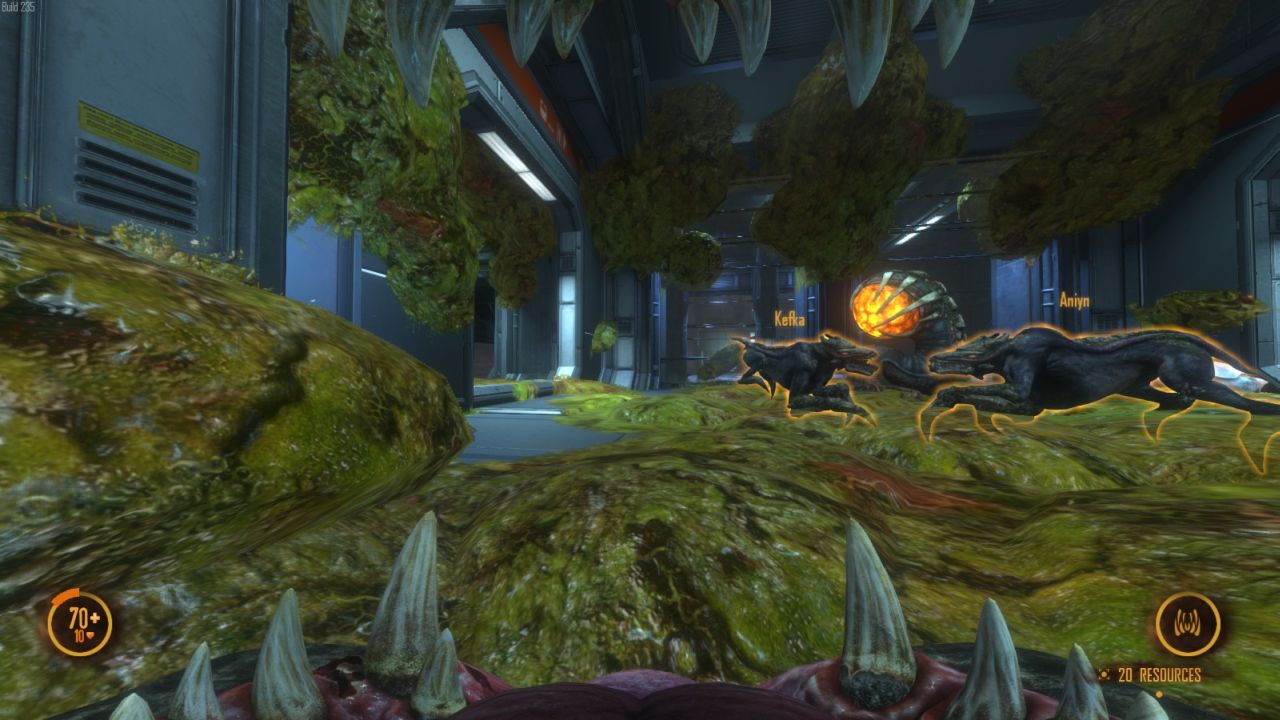 Upon entering a server in Natural Selection 2 you will be placed into a 'ready room'. From here you must choose which side you wish to play on, a move which will dictate your experience within that game. If you feel like shooting things, you will likely side with the marines. The marines' job is to restore power to the map by building up power nodes, collect resources by building extractors, and holding these areas by building command stations and support structures. The marines must defend these areas while at the same time attempting to destroy the alien hives and prevent the spread of their slimy infestation. To help them do this, the marine commander who plays the game like an RTS will direct the foot soldiers on his team to construct a variety of buildings and complete research which will improve the soldiers and grant them access to better weapons. Apart from commander, playing with the Marines involves familiar shooting mechanics, but much more involved teamwork and order-following than in most shooters. A marine who wanders off by himself will quickly be picked apart by the aliens, and will be of no benefit to his team. Instead he should follow the orders of the commander, help build structures, and spend resources on upgrades that will allow him to be more effective in combat.

The gunplay in Natural Selection 2 is satisfying and precise, but the combat is not what makes playing as a marine so entertaining. The alien skulks have the ability to crawl around in vents, and can be heard doing so as the marines traverse the claustrophobic passages below. If the aliens manage to take out a power node, an area of the map will become very dark, forcing marines to use their flashlights. Trying to slowly repair the power node while listening to the scuttling of alien skulks nearby is a harrowing and very tense experience. The aliens can build structures which cloak their infestation and units within a small area, so you might walk into a seemingly empty room only to suddenly find yourself surrounded by horrible alien structures and enemies. The feeling of vulnerability while playing a marine is pervasive in the early stages of a game, as you never know when an enemy skulk might drop off the ceiling behind you and start chomping your heels. Only later in the game when the commander researches exo-suits with mini-guns do you feel safer moving into alien territory. 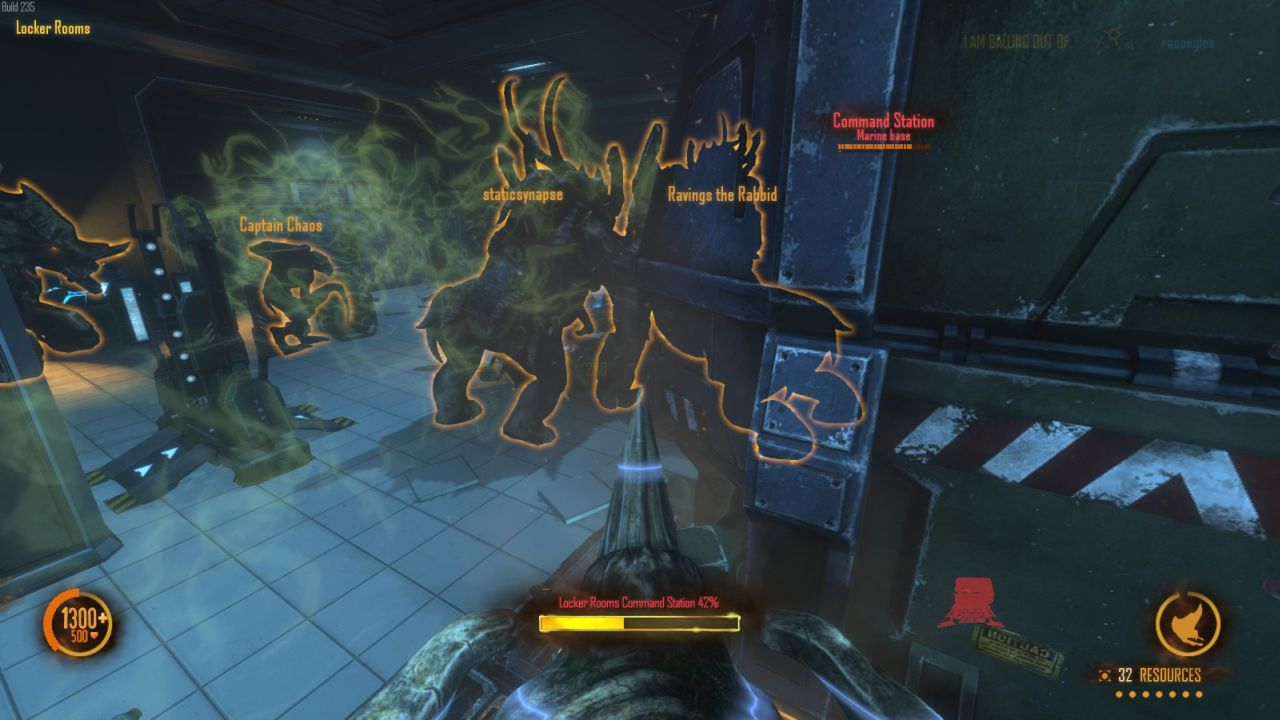 If you feel like strategising rather than shooting, you can assume the role of commander. As a marine commander you view the map from an isometric perspective and can give direct orders to your troops, telling them where to go and what to build next. The commander must place buildings which the soldiers will then construct, and can beacon everyone on the team back to one of the bases in the event of an emergency. He can also purchase and drop med-kits, ammo packs and other equipment for soldiers on the front lines. A good commander is essential for a teams' success, and as such, one of the biggest failings in many matches it not with the game, but with the players. An inexperienced or incompetent commander means certain failure for a team composed of even the most experienced players, while a good commander can carry a team of relatively unskilled players to victory as long as they follow orders. The presence and prevalence of the commander in Natural Selection 2 is one of the biggest features that sets it apart from other multiplayer games.

If when in the ready room you decide to join the alien team, your experience will be entirely different. The first-person view remains, but you look from within the mouth of the aliens, with your screen being framed by (rather grimy looking) pointed teeth. The basic alien unit is the skulk, which is a fragile but incredibly nimble little creature that can climb on walls and ceilings. If a skulk approaches a marine from the front at any distance death is almost certain; therefore the learning curve is much greater at becoming proficient with this unit. You must learn to listen for marine footsteps and try and flank around them or lie in ambush. Once a skulk closes in on a marine the advantage turns in its favour, and performing a perfectly laid ambush on an unsuspecting soldier makes for a giddy and satisfying moment. As the alien commander performs research, players can take a moment to 'evolve' and apply upgrades, such as increased speed, armor, or the ability to move with total silence. Resources earned while on the alien team can be used to evolve into different species of aliens, ranging from the supporting Gorge which can heal alien structures and players, to the brutish Onos which can take and deal huge amounts of damage, but is slow and unwieldy in the small corridors of the maps. 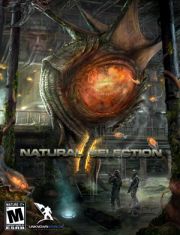