Puzzle platforming gets a particularly minimalistic and contemporary incarnation

Ask anybody how the now-monstrous video game industry got started and the lay man will generally respond with a single four-letter word: Pong. More astute respondents might be able to actually cite the year (1972), only to be one-upped by the single guy in the room who is annoying enough and informed enough to argue that Pong wasn’t the first video game, only the first popular one, and - you get the picture. If you ever get a chance to play a port of the original Pong (and you really should), you can’t help but notice how blocky everything is. The paddles are blocks, the middle line is a block, the ball is a block, and even the numbers on the scoreboard are made entirely of rectangles. It’s important because it’s the sign of age: when we first began hooking up TV screens to memory arrays of ones and zeroes, rounded corners were a luxury. We expect our Roman ruins to be made of brick, and our old computer games, made of blocks. 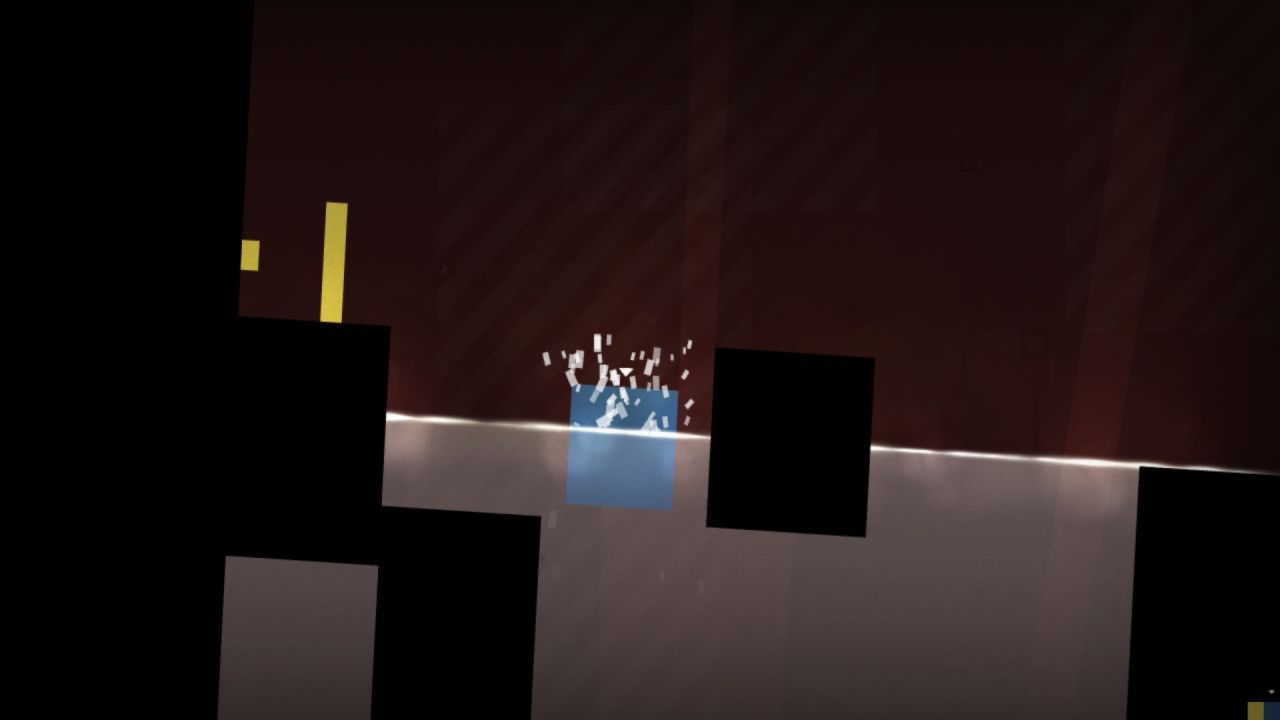 That’s why Thomas Was Alone makes such a strong impression on you when you first start to play. Everything is blocks. The background, the foreground, and most importantly, the playable characters. You start as a red upright rectangle, and eventually gain control of a shorter, squatter rectangle, a long horizontal rectangle, a square... and by now you can probably see the theme. For two seconds, you might fall into the trap of thinking that this is just minimalism for the sake of economy (sprite animation is surprisingly easy when you’re working with a monochrome box), but then the gameplay kicks in and you’ll realize that having blocks as main characters in a game sets you up perfectly for two challenges: puzzles and platforming. Blocks can stack, jump on each other, or slide into ditches or pathways that fit them perfectly. Blocks can squeeze into corners and make stairs or bridges from their own bodies.

It feels like this kind of setup is perfect for some excellent puzzle-platforming gameplay, and it is - some of the time. Each of your block characters has a single ability that makes them useful in different situations, but the goal of each level is to bring every block together to the end zone, so the game focuses strongly on cooperation to achieve its goals. This variety of ability is reflected perfectly in the story and writing (which I’ll touch on later), and from time to time the unique combinations of cubes produces a legitimately brilliant effect. Sadly, these levels are few and far between, and for the most part solving each level becomes an issue of simply fiddling around a little until you figure out what order to move your blocks in. There are a few decent mechanics to keep things interesting (like water barriers or switch-based gates), but most of these seem simply introduced to provide content, instead of being polished to a fine experience. Particularly annoying is the fact that the more blocks you have in a level, the more time you spend switching between each one. For all that the game explicitly focuses on teamwork and synergy, as soon as you get more than two or three blocks that energizing feeling of coalescence completely disappears. Altogether, the gameplay in Thomas Was Alone really doesn’t hold up to the rest of the game. 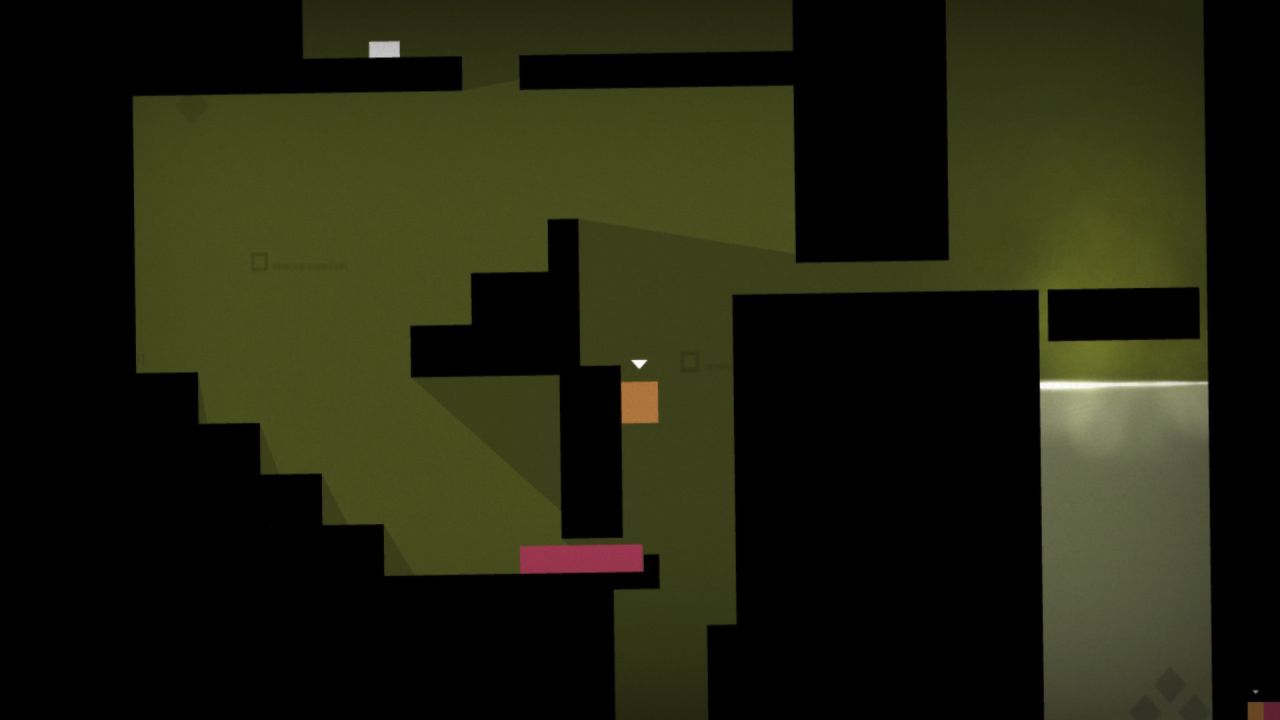 That said, two areas of the game deserve special mention and carry the bulk of the interest in the title: the writing and the music. Every level includes narration which focuses around a single block character, expounding their thoughts and reactions to their situations. The variety of personalities spread around the block characters is simply delightful. You have your leader block, your cynical block, your cheerful block, your shy block, and so forth. It turns out that both the narration and at least some inspiration on the writing is attributed to Mike Wallace, the British comedian and filmmaker. Mr. Wallace’s voice as the narrator fits the task of character expression as perfectly as a square into a corner. Thomas Was Alone is a textbook study in how it’s possible to give variety and empathy to characters that never speak and don’t even have faces. 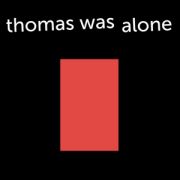