A fine action shooter that does sandbox gaming superbly.

Crysis Warhead is at war with itself; it's at war because it again can't decide if it wants to be a freeform game, or a rail shooter. In the end it cuts it losses and does both. Expansions tend to carry both the successes and pitfalls of their mother games. Warhead takes it a step further and very much tries to emulate the flow of the first, with good success mind you, even the boss fight feels the same. Much of the brilliant gameplay you saw in the first remains, the action and awesome AI encounters are very much here. 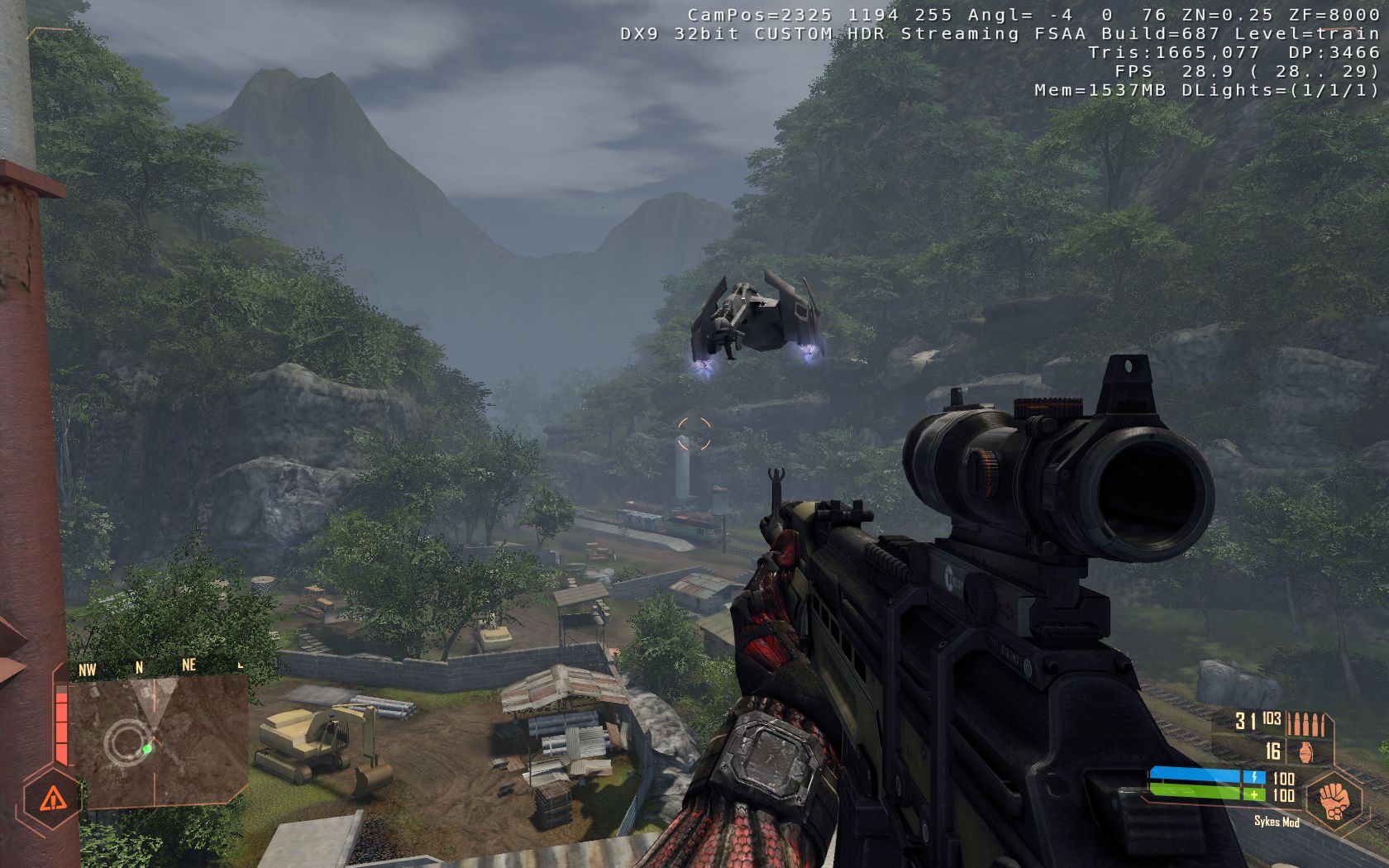 An example of the brilliant gameplay might come from a simple valley rain forest, rain falls as lightning flashes in the distance. Up on a ridge you spot a single laser dot peaking through the jungle. Your binoculars tell you there are four or more squads moving about the jungle on patrol routes. Your task is to get to the other side. It's incredibly simple, but a prime example of sandbox, how you take out enemies, what points you attack, which patrols go first, what you do once spotted, or maybe you just sneak past them all.

Now take another level, a more linear sequence, you and a group of soldiers push through the frozen forest and do battle with enemy aliens as chaos surrounds you, you can't perform stealth to any appreciable degree when your buddies engage in the combat. You can't flank around because your buddies tag along. Most of what you can do falls into, guns blazing or running away; a simple format for many modern shooters. In those situations I tended to do both, running away when I got tired of trying to hit the aliens darting back and forth.

Warhead presents a story of sorts through third and first person cutscenes, while the scenes are done fairly well and some are lengthy, the story in the end is a bit of a jumbled mess, there might be radio chatter, but you might not have a clue about what they are talking about as sometimes the audio queues aren't matching what you are viewing. Thankfully the game sports a nice map at the ready with your objectives immediately viewable; there is probably not much need for the chitchat honestly. 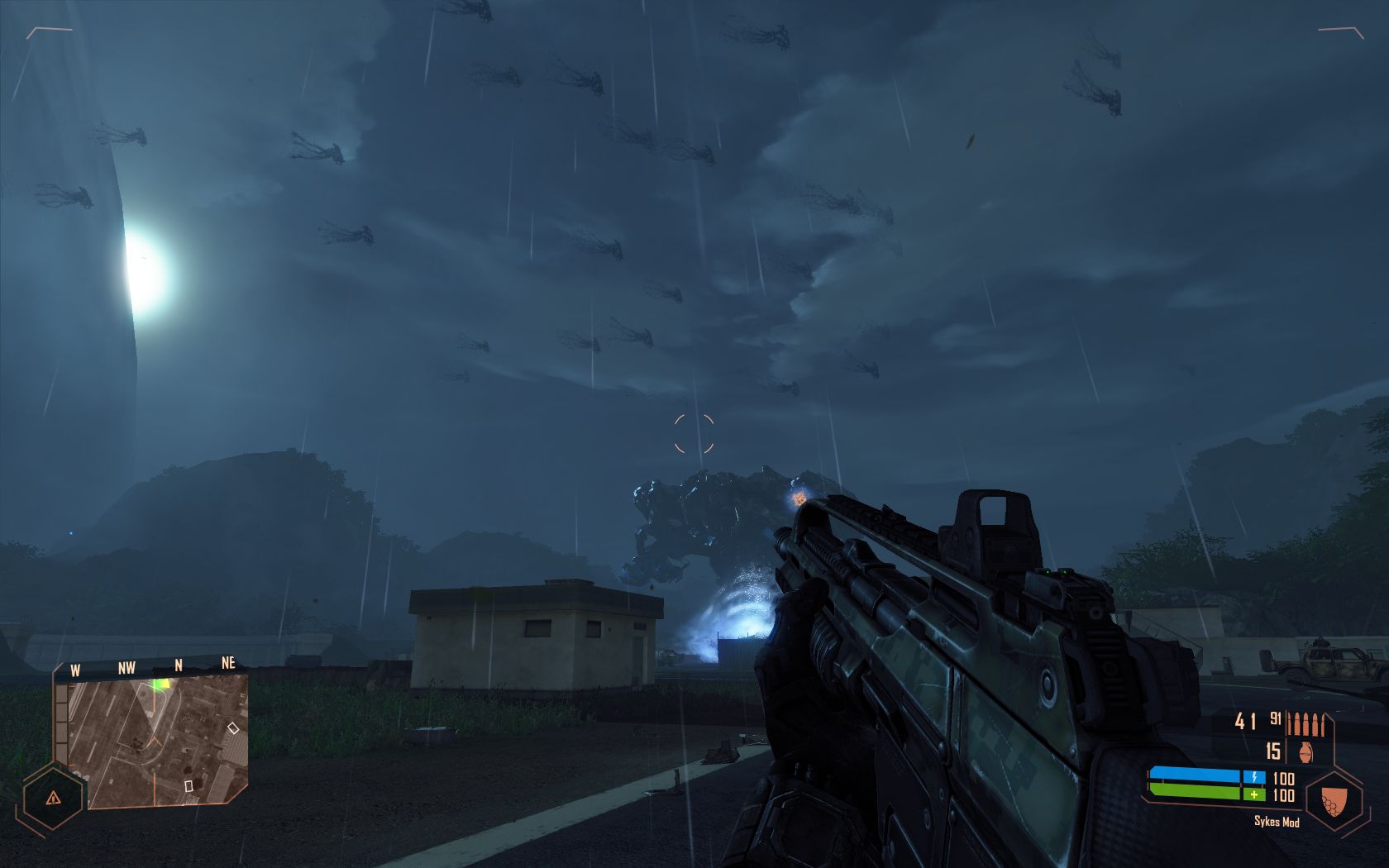 In one particular segment you approach a now abandoned resort on the beach, filled with KPA soldiers, with machine guns and reinforcements, you can approach from many directions and small groups of resistance keep you on your toes, speed running up to KPA soldiers to knock them over highlights the battle. The linear rail segments in Warhead aren't bad, the ammo management, pacing and player control is nowhere near a Half-Life experience, but you are still treated with wondrous explosions and fast aggressive combat with some at times great AI. The sandbox portions are pure genius, the game director for every occurrence is you, not a prewritten script.

Again in Warhead you deal with several nanosuit KPA, they can take an effort to take down, however the inclusion of EMP grenades to disable their and your suits makes them cake. Sometimes their own grenades disable their own suits, a few shots later and they won't need their weapon anymore. In many sections I was found holding excess grenades, and decided to just spam them, rarely did I run out of ammo for my standard weapons. However it is quite hard to manage ammo in a wide-open linear environment where items are placed in the world and you never really know where the player will be. 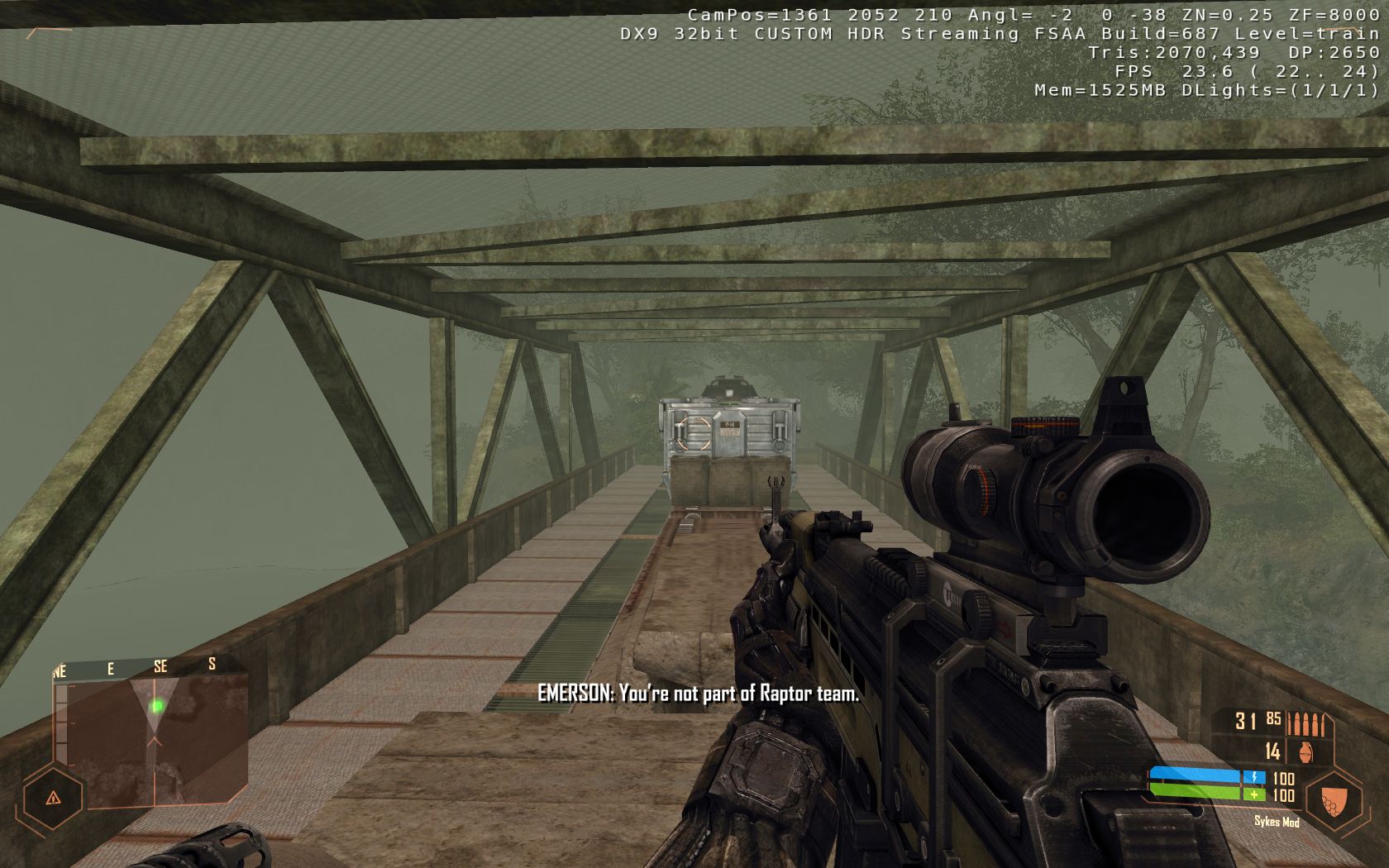 The AI seemed more quirky than in Crysis, several times whilst cloaked I would see them walking (or flying) into walls or objects and occasionally they fired through walls at me. Whilst this review might sound more negative than positive, warhead still deserves high praise, and not just for its visuals, but for its solid gameplay. You should enjoy Warhead as much as the original game, there are no big surprises in gameplay or flow, and it's just a fine gaming.

Our ratings for Crysis Warhead on PC out of 100 (Ratings FAQ)
Presentation
94
Still an amazing looking game, features some very iconic vistas over the standard tropical paradise views from the original.
Gameplay
87
Refined even more but still has some of the same problems of the first - that is the tendency to try to be a linear shooter in sections when it excels at sandbox gameplay.
Single Player
83
Enjoyable side story to the events you have seen in the original game, it does unfortunately try pretty hard with the story and doesn't quite pull it all off.
Multiplayer
70
It's much like the original, nothing amazing here and not many people are going to be playing it.
Performance
(Show PC Specs)
CPU: AMD Athlon AM2 5600+ @ 2.9GHz
GPU: Powercolor Radeon x2900xt 512MB
RAM: 4GB DDR2
OS: Windows Vista 32-bit

81
It does run marginally better than Crysis but this is more because of the level design than major performance improvements. Hardware still catching up.
Overall
80
Warhead takes with it the same successes and pitfalls of the original, it's a no-brainer for fans of Crysis, but it won't set the world on fire. 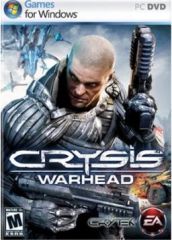