This FPS/RTS hybrid has a good foundation, but feels more like a beta than a full release

Genre-mixing has always been a wellspring of creativity in the video game industry. We’ve seen splashes made by notable hybrids like the “puzzle platformer” or the ”RPG shooter”. The success of titles like Bioshock and Borderlands have boosted the adoption of RPG mechanics into such a wide range of gameplay types that the actual ‘role playing’ element is often only there to advertise the genre mix.
Nuclear Dawn takes on a mix that has been particularly difficult for developers to realize: the FPS/RTS hybrid. There’s an obvious reason why these two genres might clash: troops are not units. When playing a real-time strategy game, your soldiers are quite happy to sacrifice their lives doing exactly what you order. Players don’t do that. Players also won’t wait patiently while you save up the resources to ‘buy’ them onto the field. Then, of course, there are issues like perspective, gameplay balance, micro vs macro, all of which need to be addressed in both game forms. In other words, blending RTS with FPS carries a massive amount of baggage that must be dealt with, and to their credit, Interwave studios has done so. 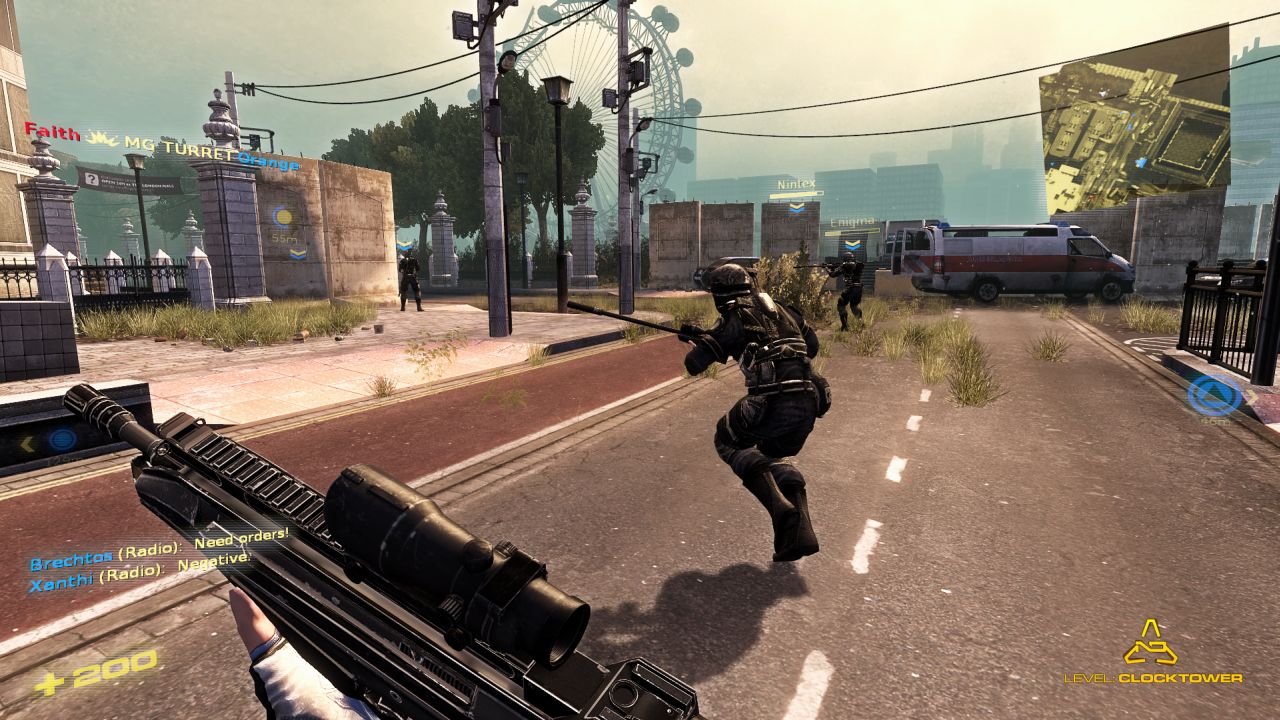 Well... mostly.
Gameplay in Nuclear Dawn centers around gaining control of resource points scattered throughout maps, with most players acting as first-person soldiers, and one team ‘Commander’ who directs the action from a birds-eye view. The more resource points your team controls, the more support structures and research your Commander can finance. Structures include useful buildings like forward spawn points, turret guns, and health stations, while research can improve your weapon options. It’s a fun and effective system because it guarantees that players and commanders rely on each other. During every game you’ll hear troops calling out for siege weapons or forward spawns, while the commander asks for certain resource points to be captured. This game requires constant communication and cooperation between teams, more than most other team-based games I’ve played, and a natural downside is that when your team loses, it’s easy for both players and commander to walk away thinking that it was the other person’s fault.
The bulk of the effort put into making Nuclear Dawn seems to have been on the FPS experience, and this was a wise decision. Players choose from one of four classes: the powerful Assault, the armored Exo, the quick Stealth, or the handy Support class. Weapons are varied and feel satisfying to use. Special abilities like cloaking, aiming down ironsights, or spinning up your minigun are smooth and work well in gameplay. Despite its age, the Source engine still provides a responsive gaming experience that lends itself very well to action, and the maps that come with the game, though few in number, give a strong variety of locales and environments.
123Next 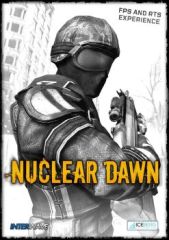 Our Review of Nuclear Dawn
71%
Good
The Verdict:
"This FPS/RTS hybrid has a good foundation, but feels more like a beta than a full release"
Game Ranking
Nuclear Dawn is ranked #980 out of 1659 total reviewed games. It is ranked #95 out of 105 games reviewed in 2011.
979. Hydrophobia: Prophecy
PC
980. Nuclear Dawn