Two classics get the HD treatment and stand the test of time, still offering some of the most mesmerizing and unforgettable gaming experiences available

It’s understandable why high definition remakes often evoke a degree of wariness in certain gaming circles. In an era of one-use-only online passes, overpriced DLC and premium content subscription services, it’s certainly not uncommon to feel a little short changed. HD remakes are a rapidly growing trend, more often than not reeling us in with the fat juicy worm of nostalgia as bait on the end of the hook. At their worst they’re half-hearted attempts to cash in our fond memories, barley bothering to apply a lick of paint to an old and creaking chassis. However, at their best they can serve as a reminder of what video games are capable of; what made them revered classics - and perhaps most importantly - what developers and players alike can learn from them in the current generation. Thankfully the Team Ico Collection is a shining example of the latter. 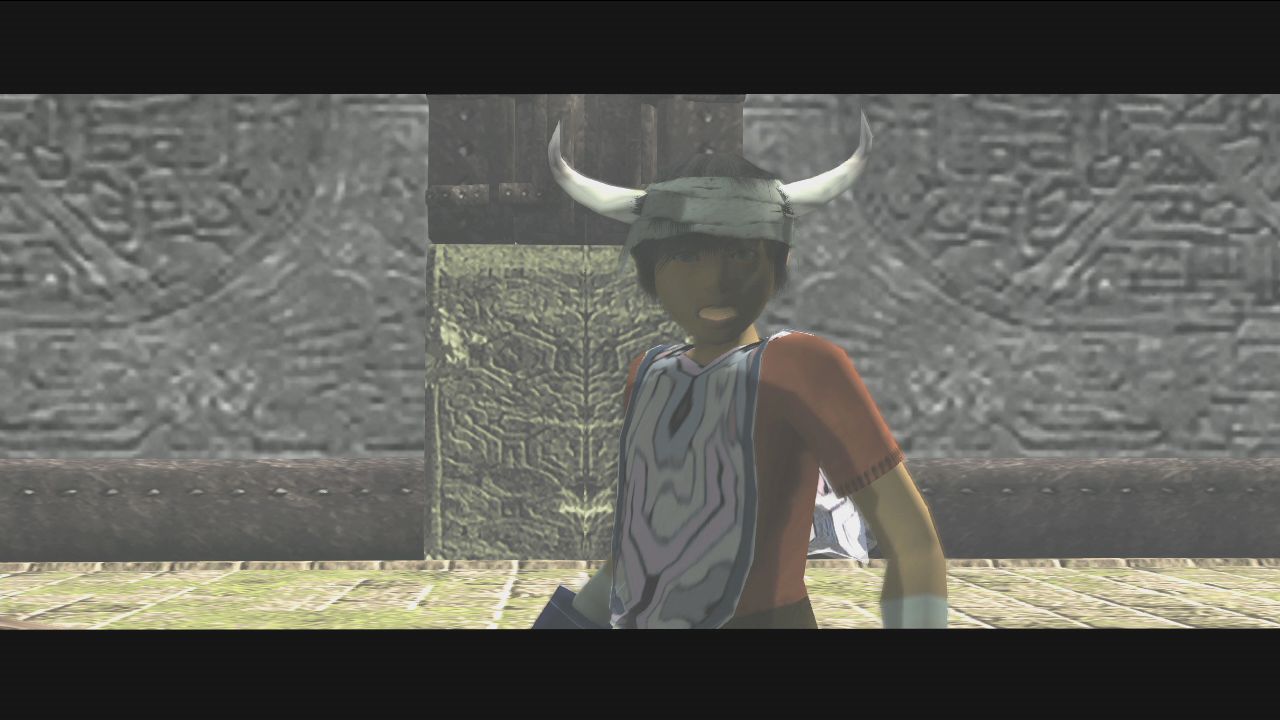 For all of the praise that was lavished upon Ico (2001) and Shadow of the Colossus (2005) (and rightly so), there were still some niggling flaws with both titles. These minor shortcomings are still very much evident in the 2011 renditions of each game, but as with their original PS2 counterparts, in the greater scheme of things they’re easily forgivable. This is because both titles did, and most tellingly still do, display a level of ambition and creative vision that is practically unparalleled within the medium. Ico and Shadow simply aren’t games that can be judged on their mechanics alone. Although the simplistic approach to gameplay employed by the two undeniably works in their favor, it is thematically and aesthetically speaking where they really excel. In Team Ico’s case - with their minimalist approach - less is most definitely more.

Ico (a small boy with horns on his head) has been imprisoned by his fellow villagers inside a giant fortress under the pretense that he is cursed. After escaping from his immediate captivity he soon finds a waifish girl named Yorda and the two must find a way out of the strange, labyrinthine castle together. As mentioned, Ico’s mechanics are fairly basic. At its core it’s essentially a puzzle game with platform elements; moving from room to room and figuring out how to traverse each section’s obstacles. Combat is dull and rather repetitive but thankfully doesn’t impose itself so much as to tarnish the overall experience. And that’s the key word. Ico is a game that you experience as opposed to play for cheap thrills, and it’s the protagonist’s bond to his companion that makes it so special. Ico cannot advance without Yorda and Yorda is entirely dependent on Ico forging a path so that she (possessing very little in the way of agility) can progress. Although her occasional unresponsiveness is a minor irritation at times, it’s an endearing partnership. 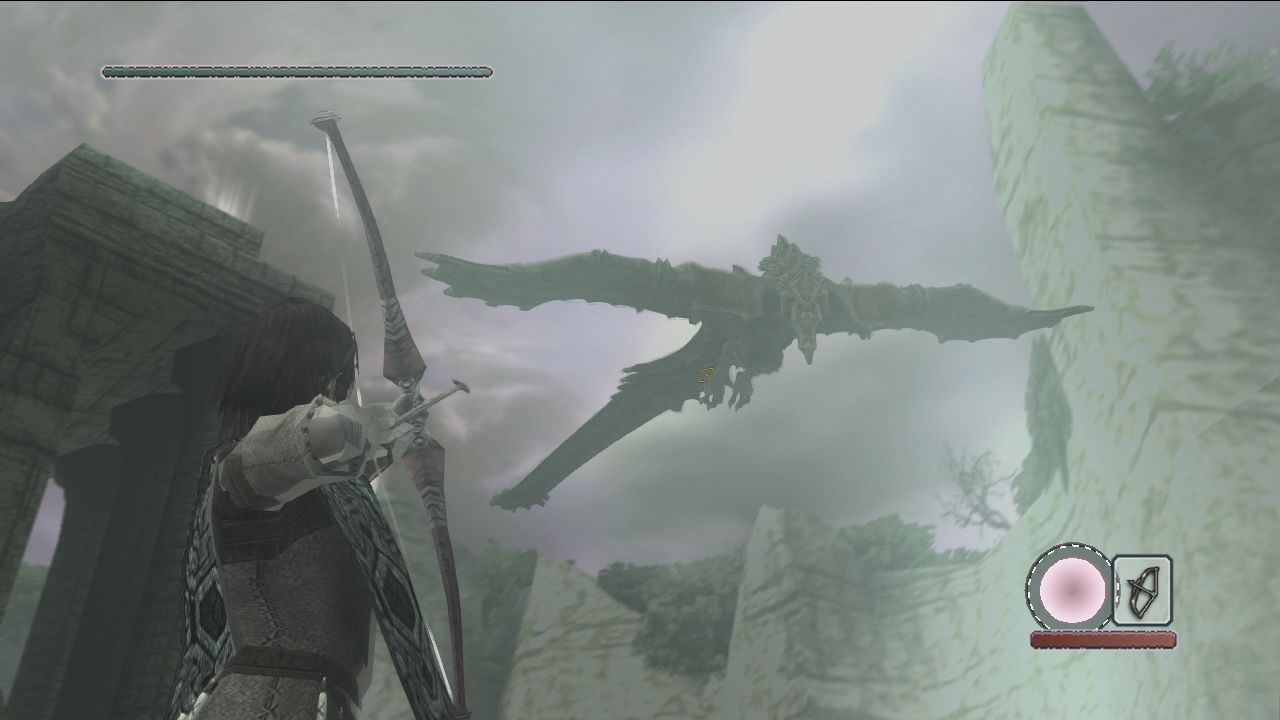 As the pair progress through the fortress and closer to freedom, it becomes apparent that there is more to Yorda than your run-of-the-mill damsel in distress. Both she and the fortress harbor secrets which slowly reveal themselves as the two make progress towards their common goal. Ico’s atmosphere (as is also the case with Shadow) is essentially what sets it apart from other, altogether more invasive games. Its subtle approach tells more of a story than an abundance of Hollywood-esque special effects could ever hope to do. The game’s sinister undertones are imbued by the malevolent presence of strange shadowy monsters that constantly try and kidnap Yorda. And, clunky combat aside, there is always a distinct sense of uneasiness and dread present in regards to their real purpose. In other words it’s more important as to what these monsters represent rather than undertaking the actual physical task of fighting them off. Ico is all in all a very mysterious game. The almost pertinent silence, bizarre architecture, morbidity and a sense of solitude amidst the companionship, mean that even a decade after its original release there’s still nothing quite like it.

Shadow of the Colossus retains many of the aesthetical aspects that make Ico so special, yet its premise is distinctly different. It’s a game that challenged conventions back in 2005, and again, much like Ico, that concept still remains relevant. In order to restore life to a girl named Mono, the hero, Wander must find and slay sixteen epic beasts. What ensues are sixteen of the most memorable and unique boss fights in gaming, interspersed with long treks through the barren but beautiful land on Aggro, Wander’s trusty horse. Shadow of the Colossus manages to strike a wonderful balance between tense adrenaline fueled action and long moments of solace and reflection. Finding and defeating gargantuan creatures is not a massively original concept in terms of storytelling. However, it is what remains unsaid about the colossi, the forbidden land they inhabit and the strange girl that Wander is trying to save that is most affecting. 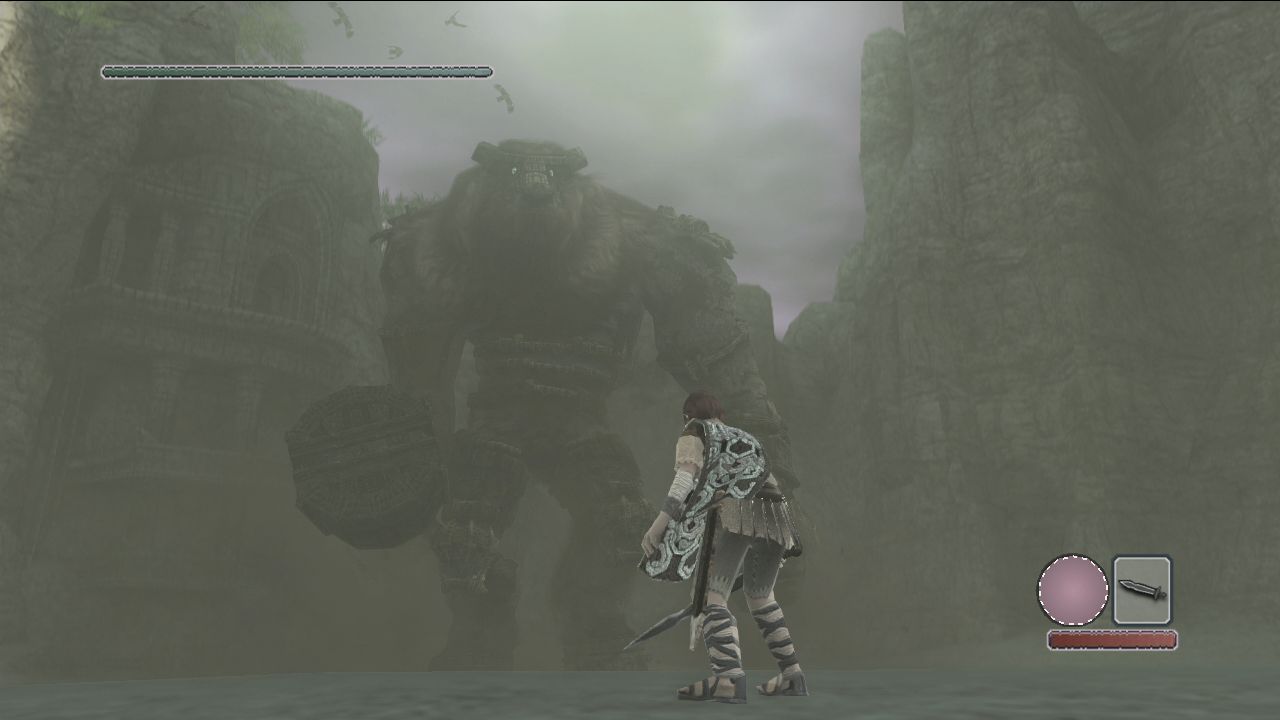 Throughout much of the game you are led to draw your own conclusions about the narrative. Although the archetypal ‘boy must overcome challenges to save girl’ device is very familiar, Shadow, like Ico before it, is game that is so much more than the sum of its parts. At risk of succumbing to further cliché; it must really be experienced firsthand to be truly appreciated. Again, there are niggling complaints that haven’t received the same overhaul as the visuals themselves (the finicky jumping and occasionally frustrating grip mechanic being the prime offenders) but you’ll owe it to yourself to overlook them and appreciate the game for what it is: one of the standout titles of last generation.

Both Ico and Shadow of the Colossus are entirely worthy of their high definition re-release. Whether you’ve played them previously on the PS2 or are yet to enter their respective worlds, now is the perfect time to do so. Granted, the core gameplay (complete with minor faults) of each title has been bettered elsewhere, but their ambition and aesthetic quality still remain practically unmatched.

Our ratings for Team Ico Collection on PlayStation 3 out of 100 (Ratings FAQ)
Presentation
91
Atmospherically speaking the two are still a cut above the vast majority of past and present video games. Exceptional.
Gameplay
84
At their respective cores the mechanics of each are rather simple. Fairly basic puzzle solving in Ico and a series of epic boss fights in Shadow of the Colossus. However if ever two games were much more than the sum of their parts, these would be them.
Single Player
94
Two classic and memorable adventures offering around sixteen hours play time between them. Thematically and aesthetically they are both deeply involving journeys in their own right, and still almost incomparable to nearly all other games in the medium.
Multiplayer
NR
None
Performance
75
Considering Ico is a decade old game with an HD finish you can forgive it for looking a little simplistic. Shadow of the Colossus suffers from occasional pop-in issues.
Overall
89
Whether you're rekindling fond memories or a first timer to Team Ico's revered classics, you owe it to yourself to pick up this HD collection. Practically as memorable and unique as they were at their original releases, despite the minor drawbacks of each, it's worth coming along for the ride. 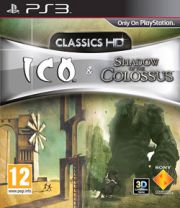