Alice battles her own warped Wonderland in an attempt to restore sanity. Clever combat and simple platforming ensures Alice doesn't lose her head.

The twisted mind of Alice Liddell is back to explore in this smooth flowing action platformer. Jumping about and using a balanced arsenal are par for the course on her return to ruined Wonderland. Alice is haunted by the death of her family in a house fire she feels responsible for. An evil train is traversing through the artistic locales of her mind and to restore her sanity it must be stopped. Alice’s real world interactions have noticeable impacts on her vivid imagination. She will spend most of her time jumping between ledges, but a large proportion revolves around the solid combat. 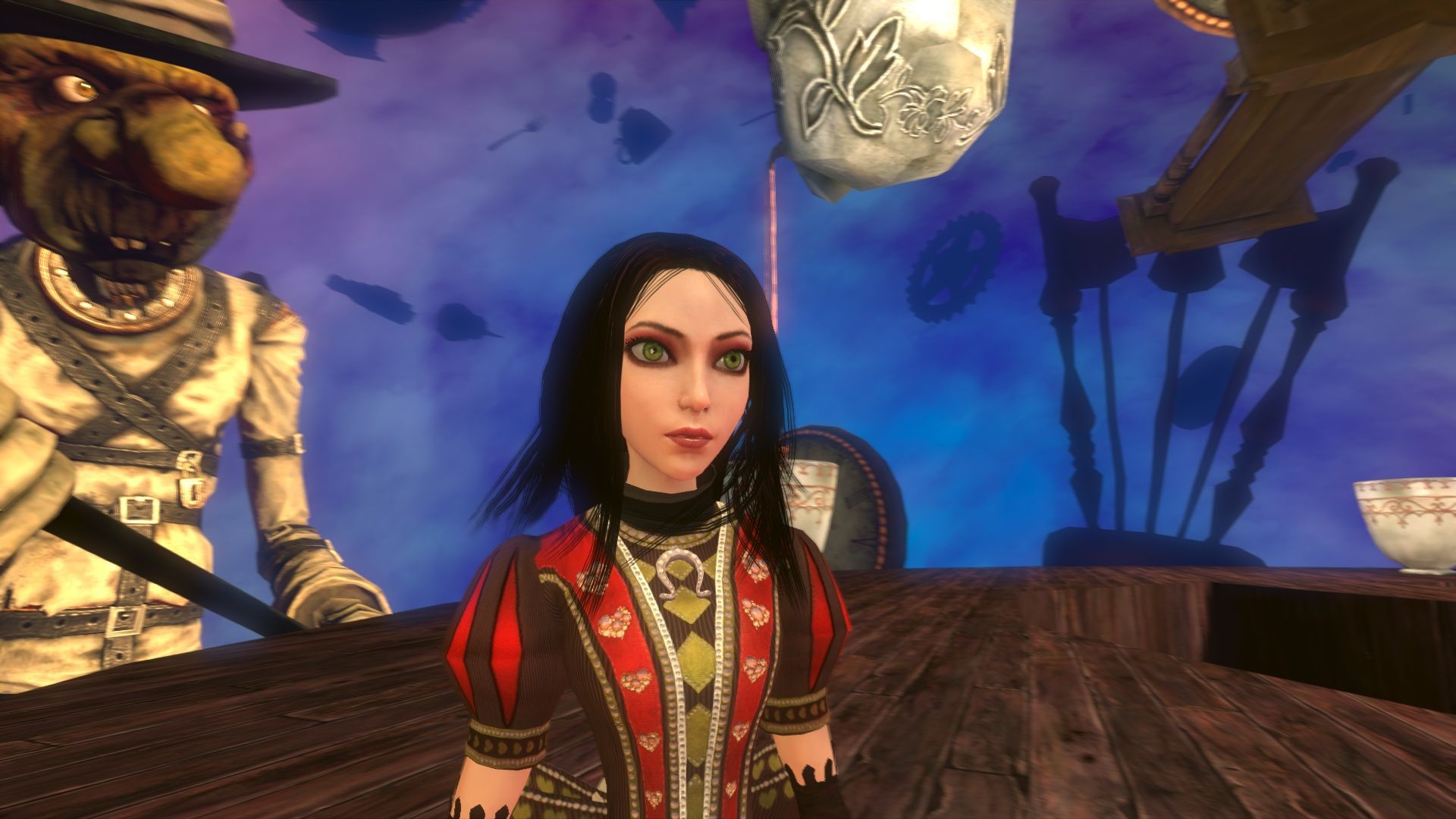 Time for some Tea?

Alice’s arsenal, although not large in number, is varied and useful in combat scenarios. The Vorpal blade is quick and deals significant damage up close but is useless against shielded foes. The Hobby Horse hammer pounds into defenses but it swings slowly. The pepper grinder, a machine gun of sorts, keeps enemies at bay but is ineffective against defenses. The awesome teapot cannon, a grenade launcher, has an area of effect damage and destroys armor. Finally the clockwork bomb distracts foes for a time but deals minimal damage. You will be alternating between ranged and melee weapons when different enemies are attacking.
Alice has the ability to block and dodge from attacks. An audio chime and visual clue will inform of impending attacks. Shortly before being smashed to the ground the game slows for a brief period of time, just long enough to turn into butterflies and move to avoid blows. Alice’s umbrella can block and return many ranged attacks from larger foes. Enemy AI is also capable of dodging or blocking attacks and they keep you occupied in groups. None of the ranged weapons have ammo counters instead opting for a heat system preventing prolonged use. You’ll be using different moves and weapons to counter the nuances of each enemy type. All the weapons remain useful till the game finishes and you upgrade them to deal with progressively tougher foes. 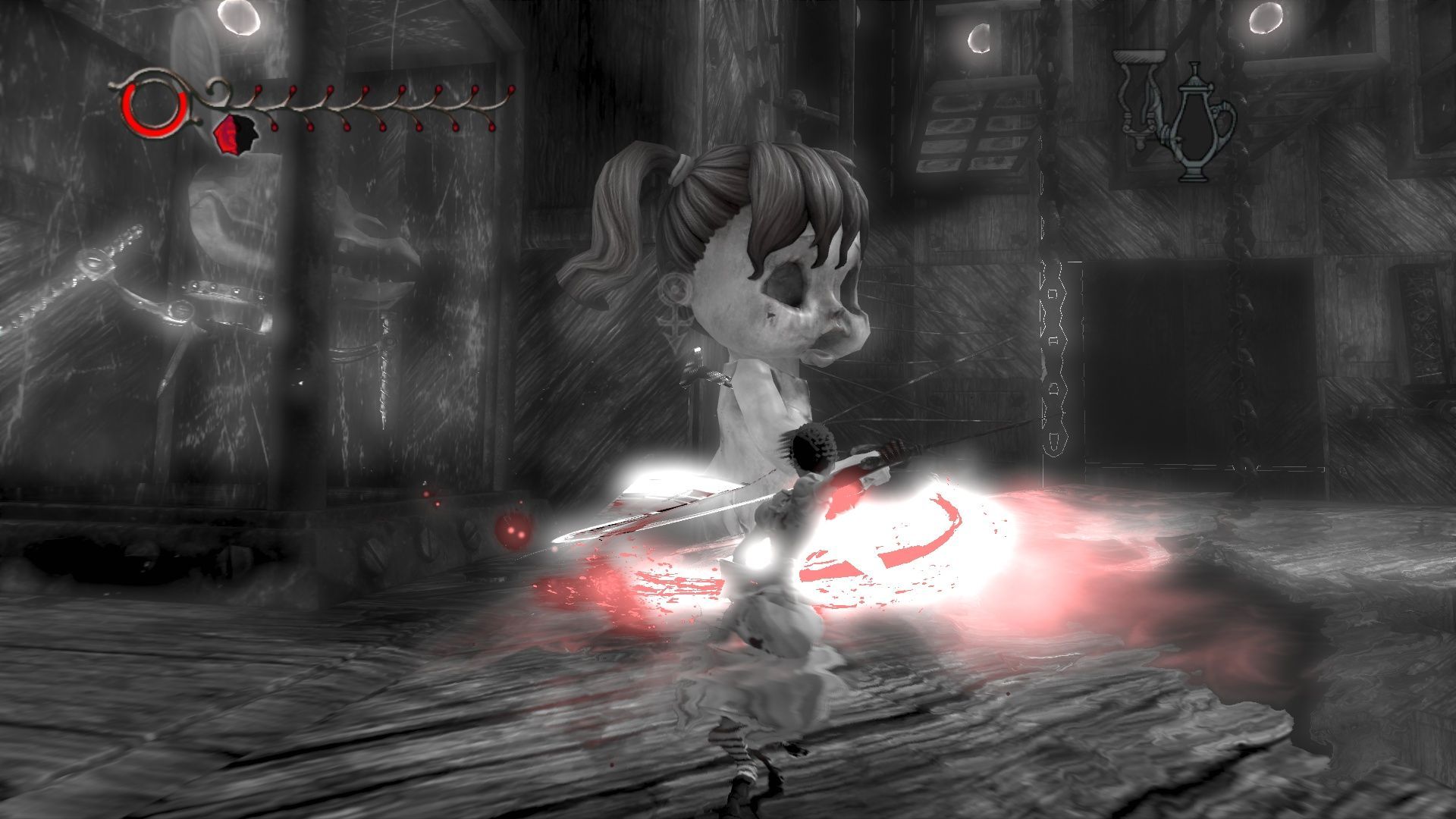 Some strong enemies are exposed when their attacks are reflected back while others are knocked down after Alice successfully dodges. You may need to attack a large enemy as it prepares to attack or position yourself to stab the weak point on an armoured enemy. The combat remains appealing and the gradual introduction of new foes prevents repetition. When Alice’s health drops low enough she can enter a black and white hysteria mode. This mode bestows Alice with invulnerability and incredible offensive power for a short time. Although rare, hysteria mode is extremely useful against the hard hitting enemies who can drain your health quickly. As good as the combat is, it still holds a secondary position to platforming.
123Next