Lots of hand to hand combat in a peculiar setting with unusual art design but ultimately too weird, mildly frustrating and repetitive.

Our ratings for Zeno Clash on PC out of 100 (Ratings FAQ)
Presentation
75
Art style is refreshing and quite good for a small project. Solid design for the whole game. Small level use is maximized.
Gameplay
64
Repetitive fights don't improve, too many fights. Combat is frustrating without being difficult.
Single Player
60
It's a weird story, but it's completely nonsensical at times which really takes away a lot of the charm, can be really slow in some parts and the game is only a few hours long.
Multiplayer
NR
No multiplayer
Performance
(Show PC Specs)
CPU: AMD Athlon AM2 5600+ @ 2.9GHz
GPU: Powercolor Radeon x2900xt 512MB
RAM: 4GB DDR2
OS: Windows Vista 32-bit

80
Source Engine, runs fine.
Overall
65
Just too weird for it's own good. 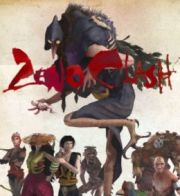 Our Review of Zeno Clash
65%
Adequate
The Verdict:
"Lots of hand to hand combat in a peculiar setting with unusual art design but ultimately too weird, mildly frustrating and repetitive."
Game Ranking
Zeno Clash is ranked #1337 out of 1788 total reviewed games. It is ranked #63 out of 69 games reviewed in 2009.
1336. Star Wars Jedi: Fallen Order
PC
1337. Zeno Clash 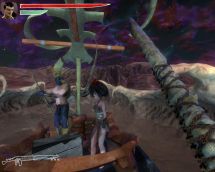